Free, but not freed: Wrongfully convicted prisoner still fights to clear his name

By Eddie B. Allen Jr.

Ray Gray always believed he’d be free from the prisons that stole half a century of his life. But he never imagined the outpouring of support that helped bring him home from a wrongful conviction.

Celebrating the one-year anniversary of his release from Muskegon Correctional Facility at the “Ray Gray Freedom Fundraiser” Sunday, about 100 people met Gray, took photos with him, and heard about his experience following a dinner at Club Venetian in Madison Heights.

“The struggle to prove my innocence continues,” he said. 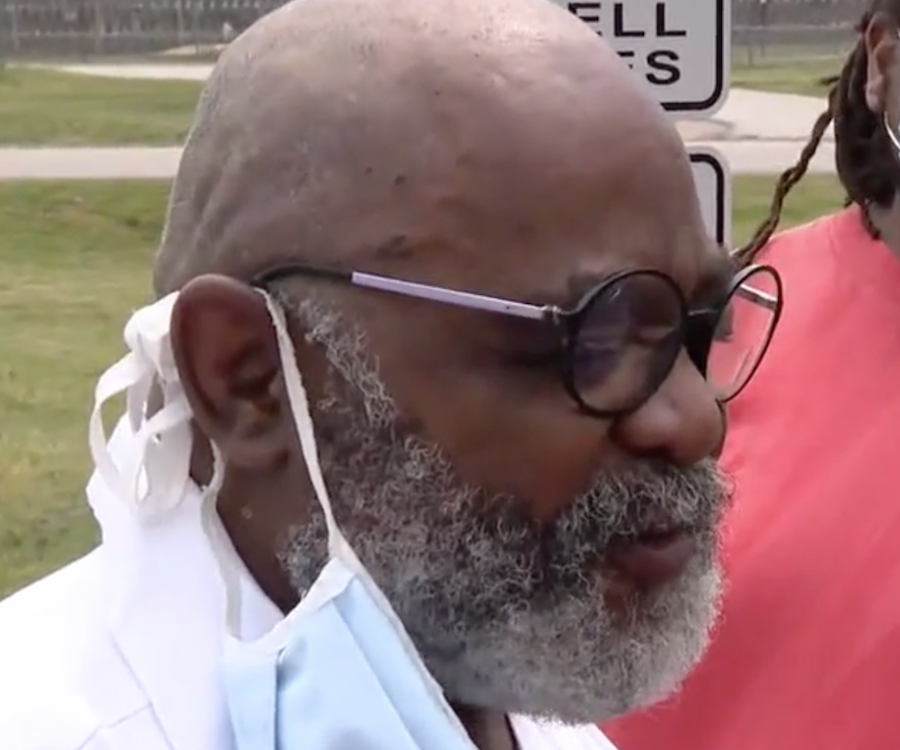 Ray Gray right after his release in 2021

Gray, an artist and former amateur boxer, was convicted of killing Ruben Bryant, an alleged heroin dealer on Detroit’s west side during a 1973 robbery, despite testimony from multiple witnesses who said he was nowhere near the crime scene. Efforts to see him exonerated generated international advocacy, including that of Innocence Canada, a former Michigan State Police investigator, and retired WXYZ television reporter Bill Proctor.

Wayne County Prosecutor Kym Worthy said in 2021 there was insufficient evidence to declare Gray innocent, but he was released after a deal that let him plead no contest to a lesser charge by “confessing to something I did not do,” Gray said.

Still determined to clear his name, Gray, widely believed to be the longest-serving wrongfully convicted prisoner in the country, is seeking additional legal remedy.

Proctor moderated the event to help launch the Swift Justice Initiative to free others like Gray. He told the audience wrongful conviction is more common than most Americans realize.

“The more conservative number is between 1 and 1.5 percent, but the number more accepted by academia is between 6 and 8 percent,” said Proctor, who now works as a licensed private investigator.

Named for Walter Swift, a Detroiter who served 26 years for a rape he didn't commit, Swift Justice will sponsor golf outings and other events for legal advocates, activists and the general public to attend, said Proctor.

The event included an art sale of Gray’s work, some of which he created in prison. He described times in isolation, drawing on walls because he had no paint or brushes. Then pencils were confiscated because Gray’s drawings violated rules.

“So I would ‘draw’ in thin air where I could see the image,” he recalled. “It was crazy, but it kept me sane.”

Proctor showed the audience enlarged photos of Charlie Mathews and Tyrone Pugh, the pair he said staged the robbery that left Bryant dead. Mathews signed a confession before he died. Pugh is also deceased.

At Proctor’s urging, Gray reluctantly accepted the plea deal as Covid ravaged Muskegon Correctional and Gray’s wife suffered from health issues. But his release has not been free of additional injustice; because he pleaded no contest to the lesser charge, he is ineligible for funds owed to wrongfully convicted prisoners, Proctor said after the fundraiser.

“It is unfortunate, especially in Ray’s case as one of, if not the longest serving in Michigan’s prisons, that various levels of state, county and local government have worked vigorously to deny the legislated approval of compensation for people who’ve served time for crimes they had nothing to do with,” he added.

But Gray’s talent has been redeeming. Feedback about his artwork was unanimously positive, Proctor said.