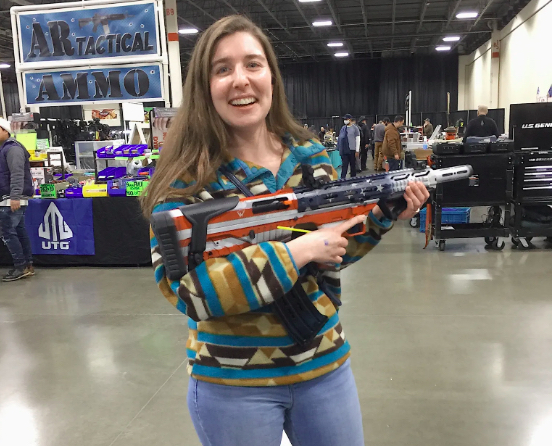 But in an interview with the hard-right, Ferndale-based Catholic website Church Militant, Eubanks unveiled a little more of her wish list: Ban contraception, same-sex marriage and impose "Christian moral order" on this unruly state.

Rolling Stone uncovered Eubanks' interview with Michael Voris, who runs Church Militant, an organization so out of step with the Catholic Church that the Archdiocese of Detroit told Voris to, essentially, keep their name out his mouth.

In the interview, posted to Eubank’s campaign Facebook page on Thursday, she insisted she is not a typical politician, “walking in the ways of the wicked,” and said her campaign is a manifestation of “God bringing together a coalition of true conservatives to save this country.”

Voris and Eubanks engaged in a lengthy discussion of politics and faith. “We see everything going on with Roe right now — the left becoming completely uncorked losing their minds,” Voris said. “They’re saying, ‘They’re coming after your gay marriage next. They’re coming after your birth control.'” He paused a beat before adding with a smile, “Well, you know what… yeah!”

...Voris then drilled down on contraception, specifically, asking Eubanks if she would use her vote in the Michigan statehouse to make it illegal. “We have a declining population. We have an underpopulation problem. All of this could be avoided if we were a truly pro-life nation,” Eubanks said. If contraception came up for a vote, she insisted, “I would have to side with it should not be legal.” Eubanks then blasted the notion of “consequence-fee sex” saying a birth control ban would encourage people to “wait until marriage, to practice chastity.”

Eubanks is endorsed by former President Trump, who called her "a courageous young woman" who "went door-to-door in Macomb County and Detroit asking voters if they really voted," which suggests Eubanks was one of the self-appointed "post-election canvassers" who did so under various made-up organizational names.