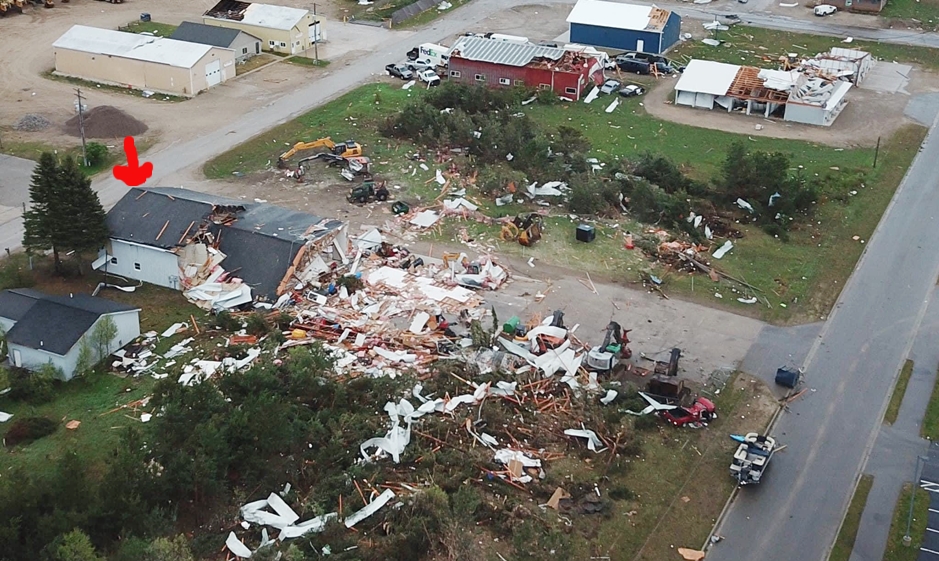 Charles Knouse and two workers had a close call in the building marked at left. (Drone photo: CrossTrac Inc.)

While journalists chronicle Gaylord's tornado from an outsiders' perspective, residents use phones and drones to document their community's drama at the end of a mid-spring workweek. 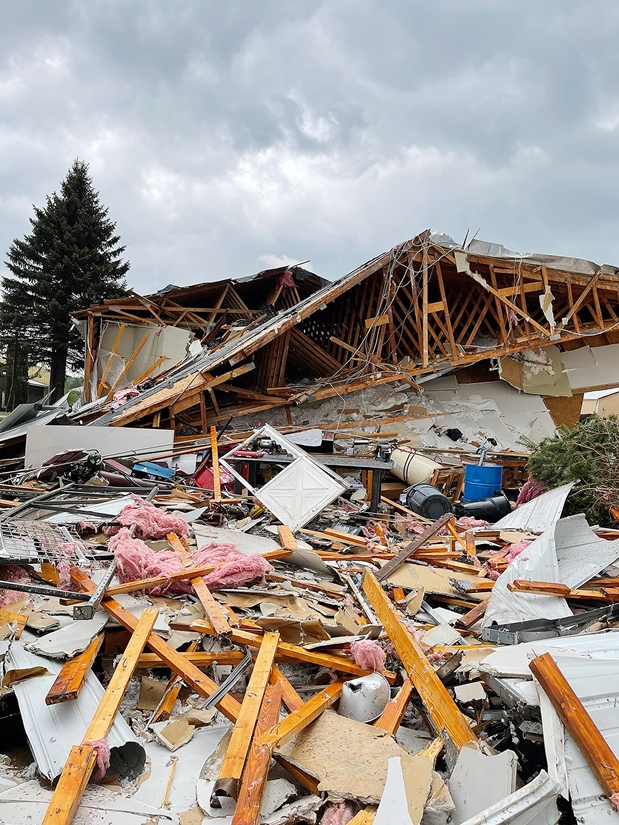 "Someone was definitely looking out for us," says this business' owner, who was inside. (Photo: Charles Knause)

"I was out back, looking for the funnel cloud. All the sudden I look up and it's almost right on top of us," posts Charles Knouse, 34-year-old owner of a heavy equipment supplier just west of I-75 that was leveled (above and right). He and two CrossTrac employees were unhurt.

"Someone was definitely looking out for us," added the logging and construction machinery dealer.

Kristine Grish, 50, said on Facebook four hours after Friday's mid-afternoon impact: "I'm still in shock. But moreso thankful that my friends and family are safe. We will rebuild and grow closer as a community."

Gaylord, a city of 4,300 along I-75, is 230 miles northwest of Detroit. The rare tornado, which killed two elderly people at Nottingham Forest Mobile Home Park, was its first in a half-century.

Below are photos shared after 150 mph winds touched down for about 20 minutes and tore eastward through 16.6 miles of woodlands, houses, a mobile home park and the West Main Street shopping strip along M-32. Some were reposted by the National Weather Service's office 10 miles south of Gaylord, well beyond the impact zone. 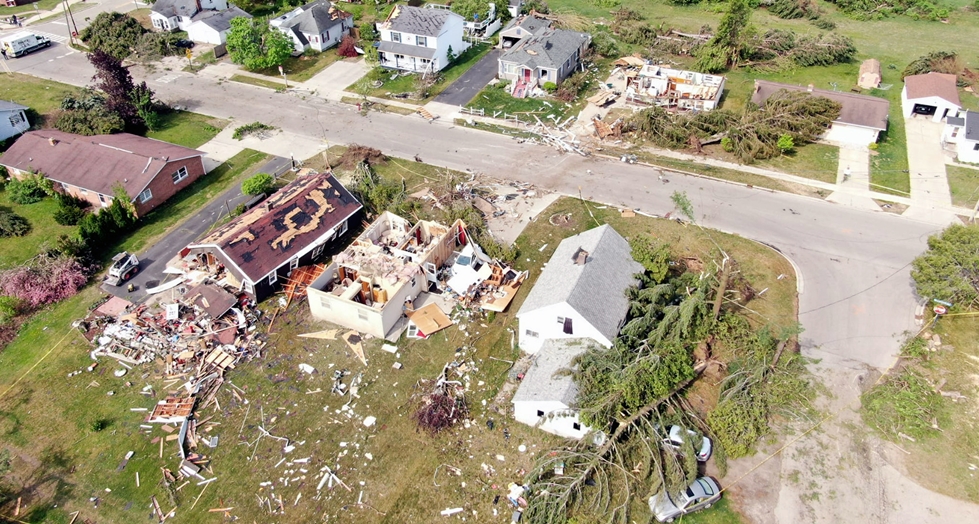 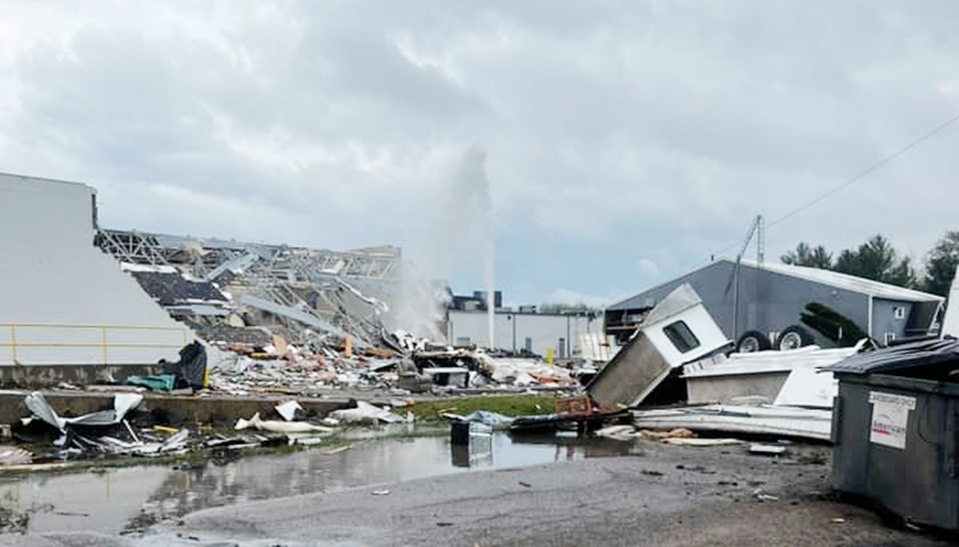 Posted Friday afternoon on Reddit with the user name "bortzy" 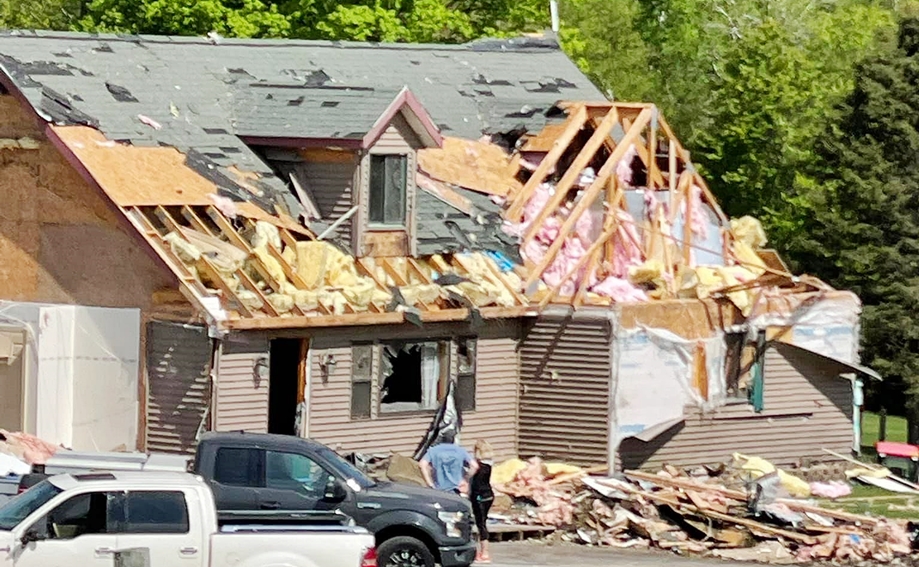 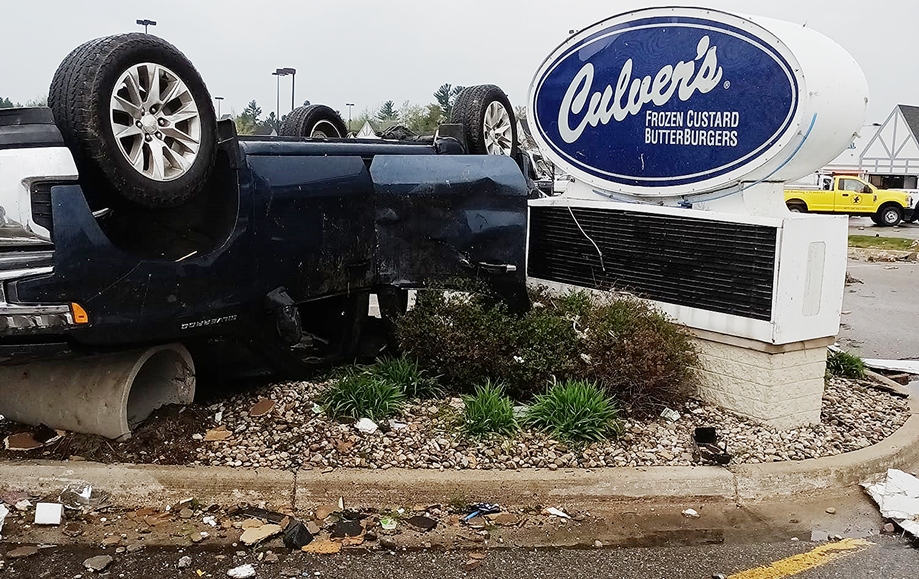 Northern Michigan RV dealer just west of I-75 was heavily damaged as winds tossed campers as though they were toys. (Photo: Nicole Ann Boswood) 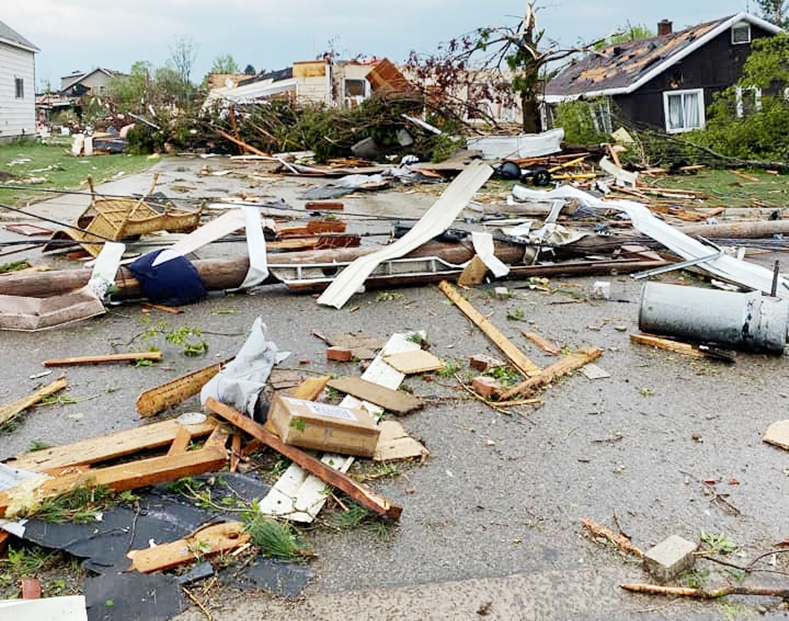 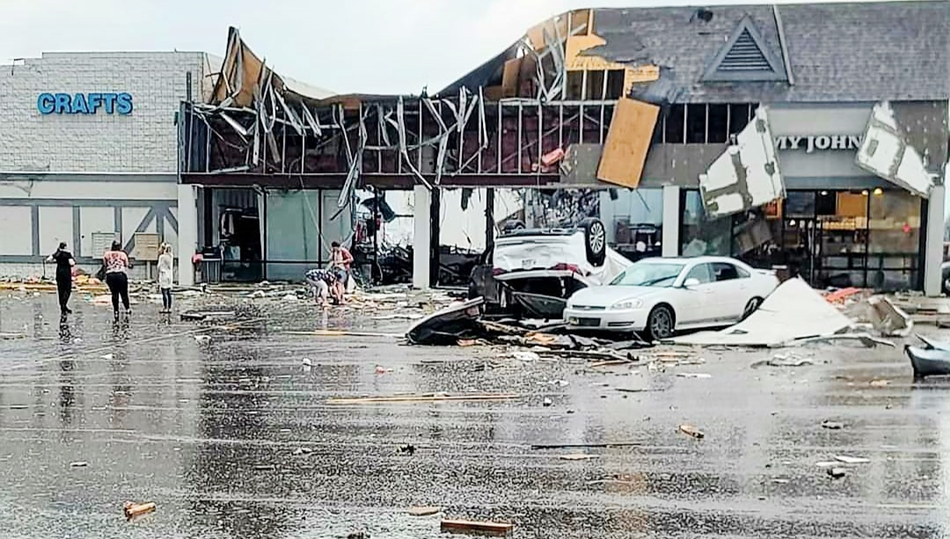 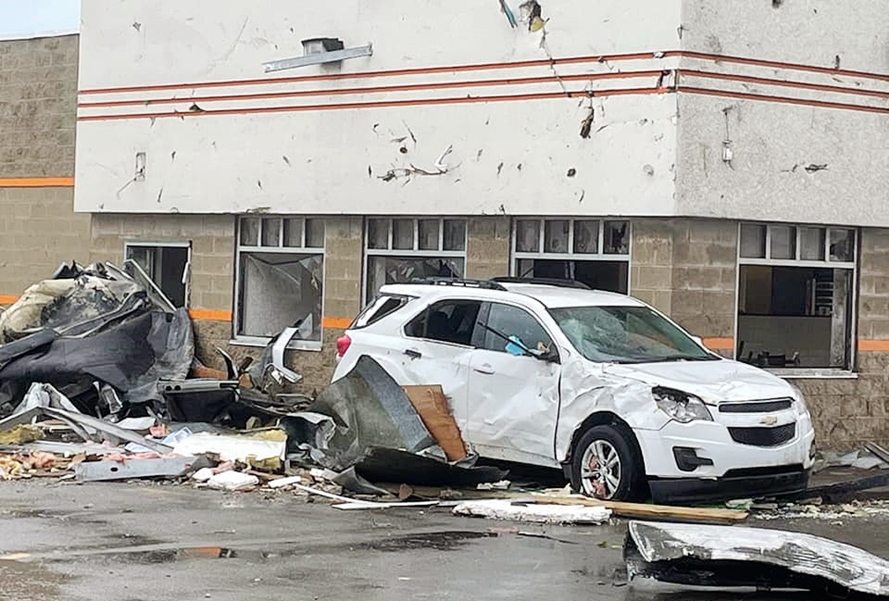