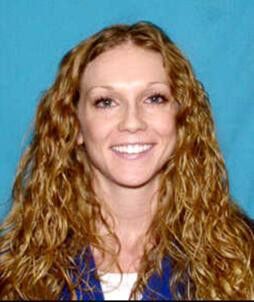 A woman originally from Livonia is wanted in the Texas killing of another woman who was said to be seeing her boyfriend.

CNN reports the US Marshals Service is searching for Kaitlin Marie Armstrong, 34, whose vehicle authorities say was close to the scene of the shooting of Moriah Wilson, a 25-year-old elite cyclist. She was killed ahead of a May 11 competition in Austin.

(An arrest affidavit filed in Travis County District Court) describes how the victim and suspect had recently been in romantic relationships with the same man -- professional cyclist Colin Strickland -- and detailed text messages and interviews with tipsters suggesting jealousy could be a potential motive.

On the day of the killing, Wilson told her friend she was going for an afternoon swim with Strickland, the affidavit says -- a detail Strickland confirmed in an interview with police. They had dinner together afterward, Strickland said, before he dropped Wilson off at her friend's home. He did not go inside.

Austin police responded to the home later that evening, shortly before 10 p.m. local time, to find Wilson's friend performing CPR on her, per the affidavit. Wilson appeared to have suffered multiple gunshot wounds, and officers saw "multiple fired cartridge cases on the floor" nearby, though a firearm was not seen. Wilson was pronounced dead at the scene.

Armstrong grew up in Livonia and was an athlete at Stevenson High School, WXYZ reports.

Her parents defended her on "Good Morning America" Tuesday:

"It was obvious that he was cheating on Kaitlin with Miss. Wilson and perhaps other women as well,” Michael Armstrong said. "My question is where were those other women the night that Anna was killed?"

"I think, obviously, she can see that the cards are stacked against her and that the police have already pretty much decided that she's guilty," Michael Armstrong said. "They put a lot of information out there that makes her look guilty, but I know that maybe they don't put all the information out there."

Sharon Armstrong said, “I just I just hope she's safe. I have no idea where she is, or I just don't think she's capable of doing this.”