In what has become a kabuki theater scene after mass shootings, Democrats call for restrictions on gun ownership and Republicans say no, the problem is mental health. In Republican-dominated state legislatures and a federal Congress intimidated by the gun lobby, we've come to expect that gun control is a non-starter. But mental health? Everybody wants better mental health. 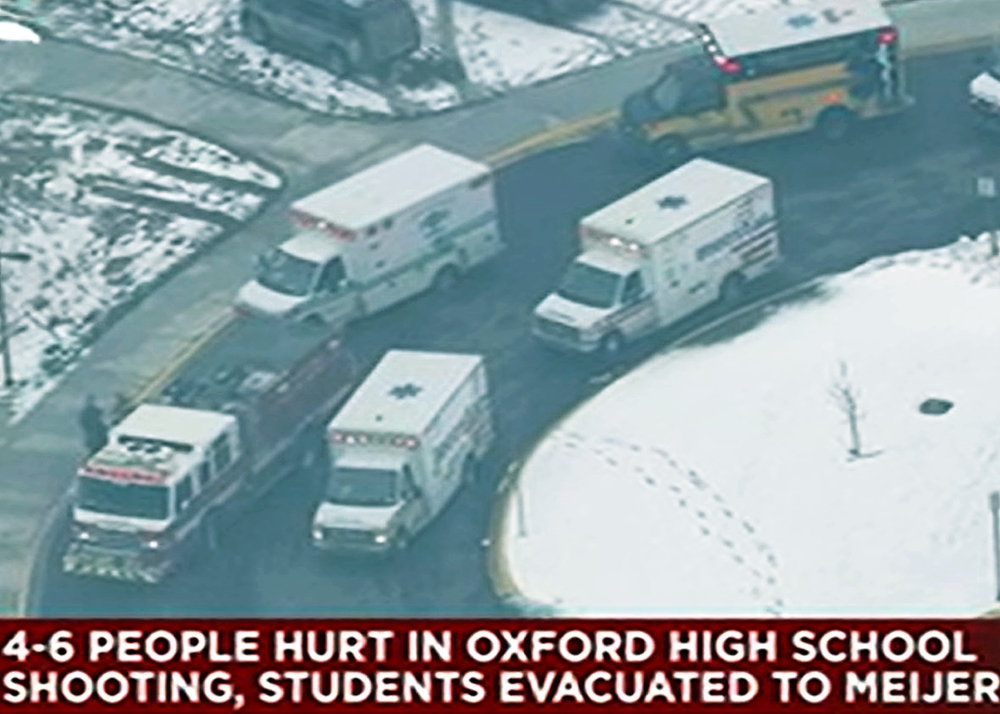 That's been stillborn, too.

Bridge Michigan reports on how even bipartisan reforms proposed after the Oxford High School shooting last fall are spinning their wheels:

While the Legislature has approved minor measures, such as allowing schools to install temporary locks on doors in school buildings without state approval, no major laws addressing school safety have passed since four students were killed in Oxford.

On Wednesday — hours after a school shooting in Uvalde, Texas, where at least 19 children and two adults were killed — Michigan Democrats sought to move gun safety bills out of committee to the Senate floor for a vote.

The bills concerned safe storage of firearms, a hot topic after Ethan Crumbley allegedly took his early Christmas present -- a new semiautomatic handgun -- to his school on Nov. 30. However:

Ultimately, the move was rebuffed by Republican leadership, and the Senate chamber voted to refer the bills back to committee 22-14. Senate Democrats slammed leaders for not being willing to take action even after a school shooting occurred in the state.

... Sen. Ken Horn, R-Frankenmuth, countered that lawmakers could “have an honest conversation” about what to do next without invoking the Texas shooting, arguing it was too early for politics.

A bipartisan School Safety Task Force early on recommended "state funding for school-based health centers" for mental-health needs, but has yet to issue its full report, which would precede bill-writing.