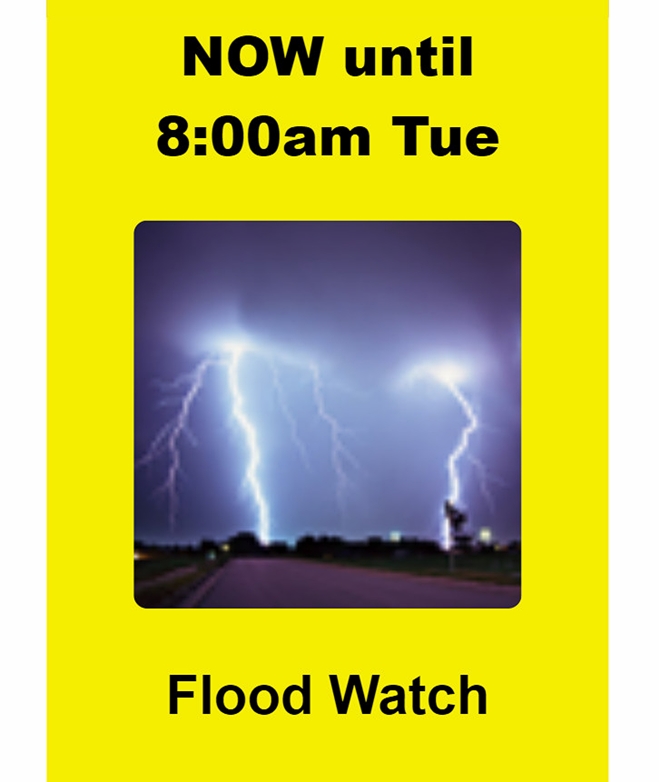 Flooding may occur in poor drainage and urban areas, the federal agency says, with periods of showers and thunderstorms expected through early Tuesday. One to two inches of rain atre forecast.

"This rainfall could occur in a short period of time in  thunderstorms which would lead to flooding across parts of the area," according to the service. "Those living in areas prone to flooding should be prepared to take action should flooding develop."