Update: Arrest made of suspect caught on video trying to shoot man holding a baby 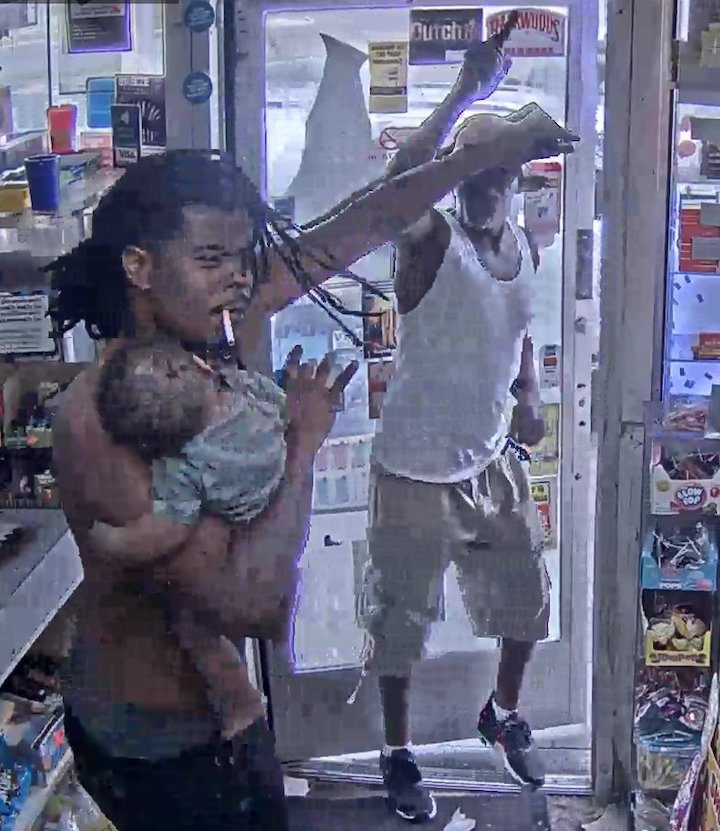 Update, Tuesday: Police have a suspect in custody in the case of a man whose aggravated assault of a man in a Detroit gas station was caught on video. The suspect was not identified, pending arraignment.

Arrest Update An arrest has been made for the Aggravated Assault yesterday evening at the Valero Gas Station at Hubbell/Tireman. The 2nd Precinct would like to thank our community for providing information which led us to taking this individual into custody.#ONEDETROIT pic.twitter.com/ogSJ6rY2IA

Detroit Police are searching for a suspect who appeared Sunday evening to try and shoot a man carrying a baby inside a gas station at Hubbell and Tireman on Detroit's west side.

It appears from the video that the gun jams, which gives the man with the baby a moment to deflect the gun. The gunman retreats outside.

WDIV reports that the two men got into an argument a few blocks away and the gunman followed the father to the gas station.

We are attempting to identify a suspect in an aggravated assault. If you recognize the suspect with the tan bucket hat and white A-shirt, please contact Detective Rice 313-596-5240 or call 1-800-SPEAK-UP. #OneDetroit https://t.co/p8f8n9Ly3V