Detroit Proposes Giving Bus Drivers Up to $4,000 A Year in Bonuses for Good Attendance 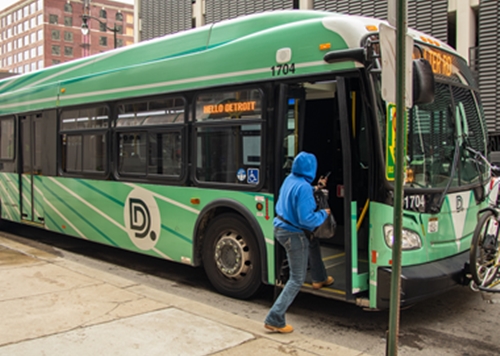 Struggling with attendance issues and retaining employees, the city of Detroit has proposed giving bus drivers up to $4,000 a year in bonuses for good attendance.

Mayor Mike Duggan and the Detroit Department of Transportation announced the proposal Monday that will go before the city council for approval.

The council must approve a Memorandum of Understanding to amend the current collective bargaining agreement with ATU Local 26 to allow bus drivers to earn a $1,000 bonus every quarter if they show up for the job and work a minimum of 480 hours a quarter. The agreement would be for one year, starting July 1.

Last March, the city announced a new contract for bus drivers that included their first raise in three years, bringing the minimum salary up to $15 per hour and providing a one-time $1,000 bonus.  Under the new contract, drivers also receive annual 2.5 percent pay increases each year of the four-year contract.

“We have worked to steadily increase the base pay for our bus drivers, who have been among our most important front-line workers since the start of the pandemic,” said Mayor Duggan in a press release. “This is one way we can thank them for their dedication and provide a real incentive for them to show up regularly for work, because the service our riders receive directly depends on them.”

Drivers who fail to meet the criteria for the quarter will get another chance the following quarter.

"These types of bonuses are essential, because coming out of the pandemic, you have to compete for employees," said Shetrone Collier, president-elect of Amalgamated Transit Union Local 26, in a statement. "I have spent my whole career trying to get parity with the other systems in the region and now with the last contract plus these bonuses, we're getting close."