Starkman: Spectrum’s Abortion Stand Is Why Hospital’s Takeover of Beaumont Must Be Reversed

Metro Detroit, Spectrum Health CEO Tina Freese Decker lied to you. On Friday, upon learning that Spectrum’s position on abortion reflected the conservative values of its hometown Grand Rapids, you experienced the implications of Freese Decker’s deceit.

As reported by the Free Press, Freese Decker on Friday sent an email to employees saying the hospital system, which took over Beaumont Health earlier this year, would follow the guidance of Michigan’s 1931 abortion law and only allow pregnancy termination when necessary to preserve the life of the pregnant person after the U.S. Supreme Court's decision to overturn Roe v. Wade.

Spectrum’s abortion position sparked the ire of Detroit-area politicians, including Rep. Andy Levin, who implied that Grand Rapids’ conservative values were being imposed on the residents of the Oakland Country district he represents.

“Earlier this year, Grand Rapids based Spectrum Health merged with Southeast Michigan’s Beaumont Health, which serves Oakland, Macomb and Wayne Counties,” Levin said in a news release. “While Kent County’s Prosecutor is among those appealing” Judge Elizabeth Gleicher’s decision to stop the enforcement of the 1931 law, “Kent County politics should not be dictating health care for my constituents in Southeast Michigan.”

"As has been our practice at both Beaumont Health and Spectrum Health and will continue to be our practice, all non-emergent circumstances where an abortion is considered medically necessary will be proactively reviewed," Freese Decker said in the follow-up email Geary forwarded.

The Free Press said Geary “did not respond to questions about why the message appears to have shifted and whether the health system is only going to allow abortions when necessary to preserve the life of the pregnant person.”

That’s vintage Geary. He gets tongue-tied when he doesn’t have credible responses to his PR spin, although I imagine he also was a little bleary eyed given the late hour. Geary also ignored my request for comment.

A tip of the hat to the Freep’s Christina Hall for making clear to readers that Geary’s 11th-hour communication was damage control trying to minimize fallout from Freese Decker’s thoughtless employee communication earlier in the day. 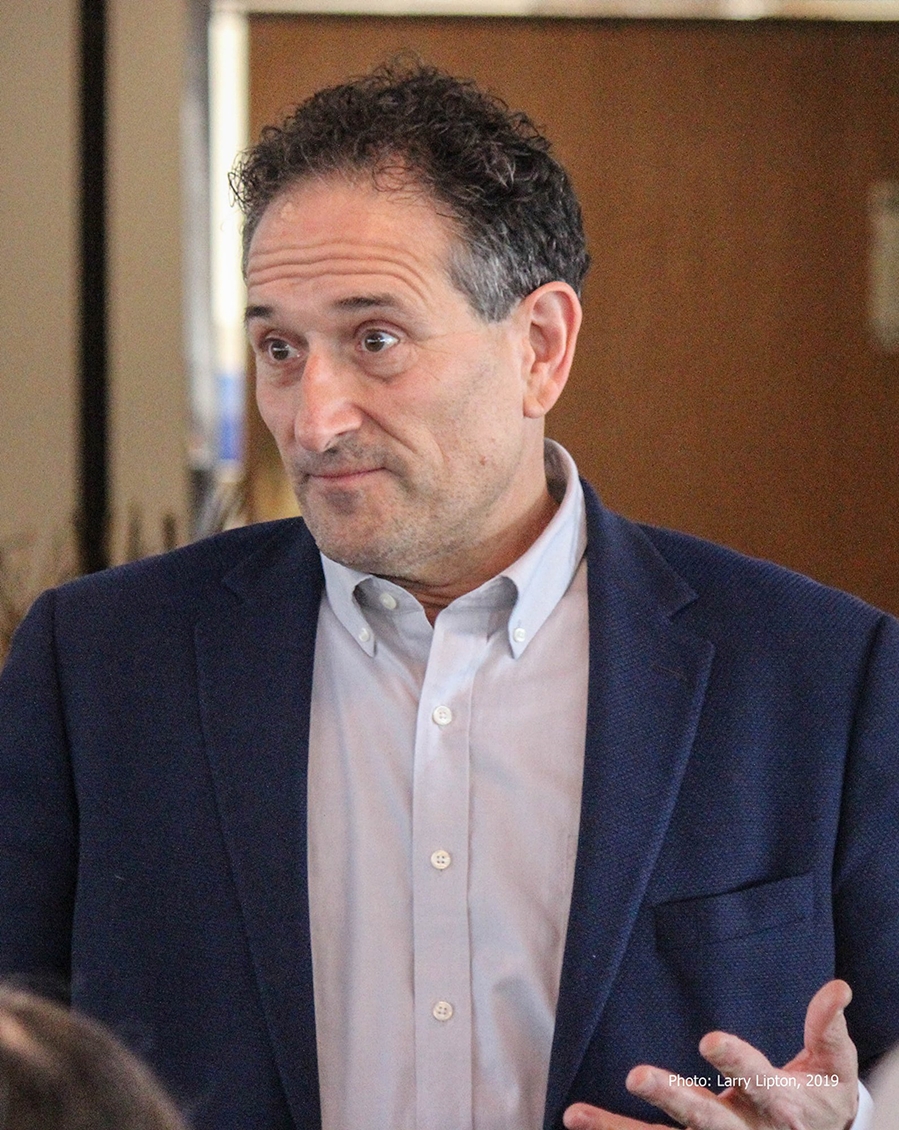 Levin is justified in his outrage that Kent County politics shouldn’t dictate the health care of his constituents, but his constituents should be directing their ire at Levin for allowing the vulnerability to occur.

Levin was among the Detroit-area pols who supported Spectrum’s takeover of Beaumont Health in February, a deal that should never have been allowed because mega hospital mergers invariably harm most of the communities impacted by the combinations.  Adding insult to injury, Freese Decker misrepresented the structure of the combination when the deal was first announced.

Here is a link to the release Southfield-based Beaumont Health issued last June, touting that it planned to merge with Spectrum. The release, which Freese Decker is quoted in and no doubt approved, promised that the combined organization would maintain “dual headquarters.” When companies promise to maintain multiple headquarters, it is to create the impression that the combination is “a merger of equals.”

Spectrum effectively took over Beaumont, something I noted from the get-go likely would be the case. Not one senior executive from former CEO John Fox’s management team is part of the combined organization’s top management. The most senior person is Nancy Susick, who previously was president of Beaumont Royal Oak and will be remembered by many for firing the hospital’s former head of pediatrics after he protested that planned budget cuts would harm patient care.

Susick will step down when Dr. Benjamin Schwartz takes over as the top dog running Beaumont’s eight Detroit-area hospitals next month. Schwartz, while very well credentialed as a physician, is relocating from the New York City area. So much for the “For Michigan, By Michigan” that Freese Decker also promised, but that’s minor in the greater scheme of her misrepresentations.

All the top corporate jobs in the combined Spectrum/Beaumont organization – CEO, CFO, marketing, legal -- are filled with former Spectrum executives. Admittedly, Freese Decker has several vacant positions, including an HR head to run what is Michigan’s biggest employer, which also is cause for alarm. HR doesn’t seem like Freese Decker’s strong suit, given her seeming inability to quickly attract talent and Spectrum’s executive turnover, particularly among top female and Black executives.

Why does all this matter?

As I’ve argued since I began writing about the implosion of Beaumont Health two years ago, hospitals should be run by people with deep ties to the communities they serve.

Beaumont imploded because Fox and his management team had no ties or cares about Southeastern Michigan residents. Some of his top lieutenants didn’t even live here: former COO Carolyn Wilson commuted from Grand Rapids, and Fox’s head of legal and nursing commuted from Atlanta, where Fox also owned a home.

The employee reached out to caution me to be wary of Freese Decker’s claim that building a health system that “celebrates and reinforces diversity and inclusion” was her biggest priority. Spectrum last year experienced considerable turnover among Black employees, prompting some to consider filing a class action lawsuit.

It isn’t only explosive issues like abortion where Levin’s constituents and other Southeastern Michigan residents will be harmed by losing their hometown hospital system to a Grand Rapids hospital network looking to boost its profits and that of its insurance arm.

There is a national affinity for local business leaders to support each other and their respective businesses. Take Woodward Corner Market, within walking distance of Beaumont’s Royal Oak campus, for instance.

Locally owned and upscale grocer Nino Salvaggio’s wanted to open a store in the space, and according to a lawsuit, initially believed it had the inside track. Former COO Wilson ultimately awarded the contract to Meijer, based in Grand Rapids where she lives.

I’m sure that when Wilson runs into Meijer executives at the country club or other Grand Rapids  establishments, she’s regarded considerably more warmly than by Beaumont workers who served under her.

How Levin could take a stand

If Levin is genuinely concerned about Grands Rapids values being imposed on his constituents, he can still make things right. 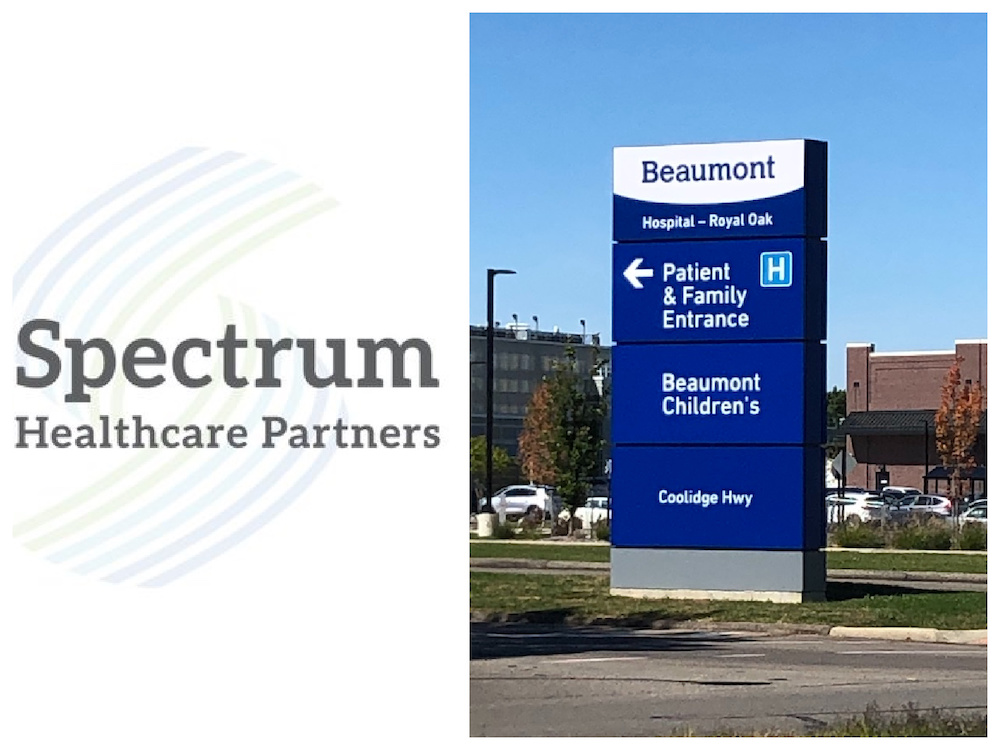 Spectrum never received explicit FTC approval to close on its Beaumont acquisition. The FTC only signaled it wouldn’t be asking for more information, but the agency reserved the right to challenge  Spectrum’s acquisition down the road.

That’s what Haidee Schwartz, an antitrust partner with the global law firm Akin Gump, told the trade publication Becker's Hospital Review last year. Schwartz said the FTC sent letters to health care firms looking to merge that included language allowing the agency to undo a deal down the road if it identified a problem and wanted to open an investigation into a merger’s anticompetitive effects.

"It gives them a little bit more to go into court and say, 'We didn't really clear it, we still had questions,'" Schwartz told Becker’s.

Levin has a Harvard law degree so he presumably could come up with some creative legal arguments giving grounds for the FTC to open an investigation into Spectrum’s takeover promises, including its specious promise that it would maintain dual headquarters. If not, the Detroit area is rife with some of the country’s best attorneys, and here’s a list of especially notable lawyers.

Perhaps one creative anticompetitive argument could be the golden parachute payment Spectrum gave Fox. There’s reason to believe that it was $30 million or more which might be deemed anticompetitive given that Spectrum didn’t pay any money to acquire Beaumont and its $3 billion cash reserve was accumulated on the backs of laid off healthcare and other workers.

If the Spectrum deal was undone, I suspect a good attorney could find ways to claw back Fox’s golden goose payment, and if not, then hold Spectrum’s management and board accountable for awarding it.

Where there’s a will, there’s a way. Levin’s choice is to choose some initiative or accept responsibility that his support for the Spectrum merger is a major reason his constituents’ healthcare will be determined by leadership from a community whose values they don’t share.

Reach the writer at eric@starkmanapproved.com. Confidentiality is assured.

► Support our reporting by becoming a Deadline Detroit member.