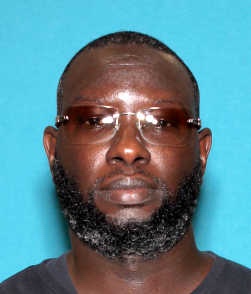 "We are still looking for him and hoping that he’s OK," Detroit Police Chief James White said Tuesday about past officer Stefon Hodo, 41, missing since last Thursday. "Very sad story."

His vehicle and guns were stolen by a 29-year-old suspect tied to a Ferguson Street shooting that day, say police.

The chief spoke at media conference about several high-interest cases. WXYZ was there:

"We want to make sure the officer is OK. He has not been seen or heard from since before the arrest. This was the case you aired last week where the person was shooting into the home with an assault rifle," White said.

"It's our understanding and belief this person may have had some interaction with the missing officer, and his life could be in danger," White said.

So far, it's unknown what led to an argument between Hodo and the suspect and how his weapons and vehicle were taken.

A former Detroit cop's guns and car were used by his neighbor in two shootings Thursday, police officials say. The officer, who left the force in 2013, is now reportedly missing and being sought by authorities "for his own protection," per Fox 2.

A 29-year-old was arrested in connection with the daylight shootings at a west-side home with eight people inside, including children. One person was injured.

The former officer is Stefon Hodo, who was with the force eight years. Police searched his home and told the TV station there did "appear to be a little bit of a struggle." They want to find him "to make sure he is okay, and in case there are any other questions we have for him."

Separately, Fox 2 reports the shooter exhibited "bizarre behavior, dancing with the weapon, and twirling down the street." That was caught on video.