Transformers 4 is done shooting downtown, but director Michael Bay and associates continue to hang around town, setting off some huge explosions. (See Bay in the photo essay, disguising himself as a French guy with a sweater wrapped around his shoulders.)

After spending the day filming at the Russell Industrial Center, the cast and crew borrowed the abandoned Fisher Body Plant 21 Thursday near Detroit's New Center neighborhood, just northeast of Woodward and I-94.

This one was a big boom. To make it happen, explosives were hung on ropes diagonally across the front of the building. Roads in the area were blocked and state troopers halted I-94 traffic during the explosion to prevent gawking drivers from hitting each other.

A camera-equipped helicopter raced around capturing exterior shots of the building. For better or worse, the explosion was fake and the building stands unharmed. 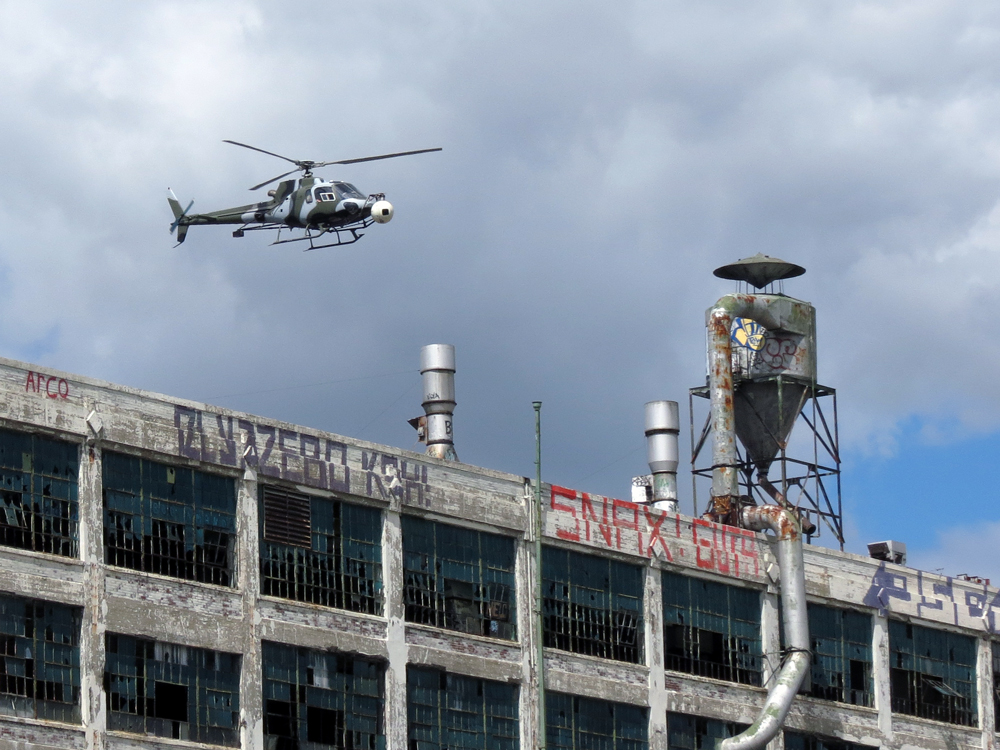 Filming is expected to continue at the location through Friday. 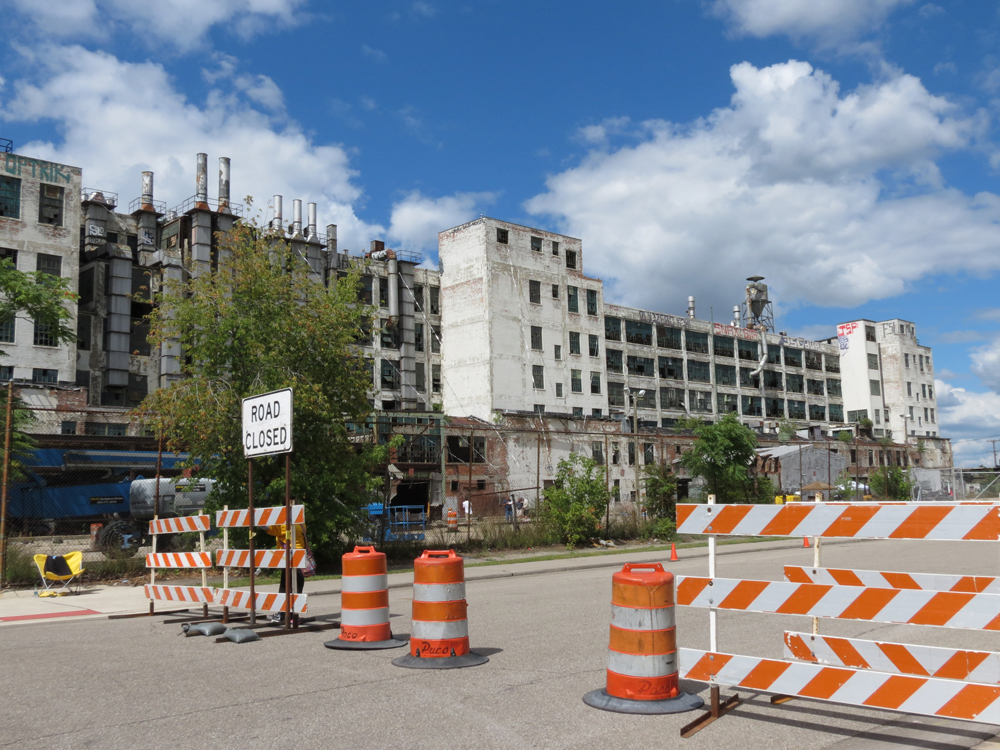 A Truck on the Transformers 4 set. (Photo by Brian Killewald)