You're sitting, right? Good, because Bloomberg News has a head-spinner with enough nightmarish descriptions of Detroit to cause nausea.

It only sounds like a movie concept pitch ("Cujo" meets "Blade Runner"), and actually is a news article by Chris Christoff, a Detroit-based reporter who put in 28 years at the Free Press. Detroit other daily put the roaming dogs report on its home page at 10:39 a.m. Wednesday.

Poverty roils the Motor City and many dogs have been left to fend for themselves, abandoned by owners who are financially stressed or unaware of proper care. Strays have killed pets, bitten mail carriers and clogged the animal shelter. . ..

Amanda Arrington [of the Humane Soiety of the United States] said when she visited Detroit in October, “It was almost post-apocalyptic, where there are no businesses, nothing except people in houses and dogs running around. The suffering of animals goes hand in hand with the suffering of people.” . . .

Most strays are pets that roam, often in packs that form around a female in heat. . . . Males are aggressive in mating, so they proliferate. . . . 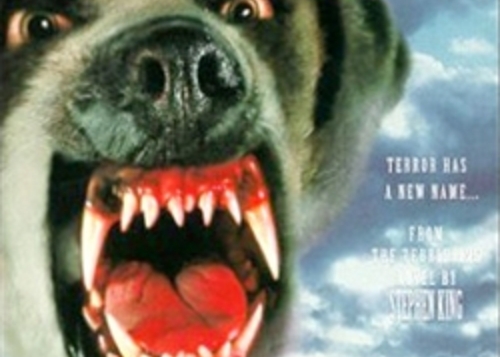 Eleven photos and a video add impact to the vivid prose -- which has the city's bankruptcy filing as its news hook. That context comes in paragraph 11 after 370 words about dogs gone wild.

They are among the victims of a historic financial and political collapse. Detroit, a former auto manufacturing powerhouse, declared the largest U.S. municipal bankruptcy on July 18 after years of decline. The city has more than $18 billion in long-term debt and had piled up an operating deficit of close to $400 million. Falling revenue forced cutbacks in police, fire-fighting -- and dog control.

Reader reactions include skepticism, such as this post under The Detroit News' pickup by a person using a screen name:

"I'm calling bullcrap on this one. I'm all over Detroit City, much of the time on a bike. There is no 50,000 stray dogs throughout Detroit City."

Dogs have been roaming Detroit like this for years. Let's not pretend this just started happening in the name of sensationalism.

Christoff does add a brief splash of humor -- sort of -- amid spooky tales from a ride-along with animal control officers:

“It’s like Chihuahuaville,” Guzik said as she walked her route.

Overall, though, the report has grim, grisly accounts of fighting pit bulls, animal control freezers "packed with carcasses" and an east side woman attacked on her porch in April "by two strays that tore off her scalp."

Who says the bankruptcy beat is dry and wonky?