Worst Bus Driver Ever Takes Rider To East Side, Allegedly Slaps Her

Operating a DDOT bus probably can be a stressful job at times, but that's not an excuse for a driver to swear at riders who ask reasonable questions about routes. Or drop them off at random locations out of spite. And we are quite sure the proper response to a such a question does not involve slapping people.

However, that's what one DDOT driver allegedly did when a newly transplanted Detroiter dared to ask how far north on Woodward the 31 Mack line goes.

The normal human being would likely answer such a query like this: "This bus goes up Woodward to Mack and then we head east. If you'd like to go further north, it's probably best to wait for the 53."

Worst Bus Driver Ever allegedly had a different answer, according to one witness: "B****, I'm the mother****** Mack bus."

Then he (allegedly) wouldn't let this customer off the bus until they got to Mack and St Antoine. He also (allegedly) slapped her because, well, because in for a penny, in for a pound.

DDOT is investigating and the victim (quite reasonably) says she'd like this driver fired. In the meantime, for safety as well as convenience, curious bus riders may want to download the Stop313 app for all your local bus schedule questions.

This might be why Detroit just can't seem to warm to public transportation. 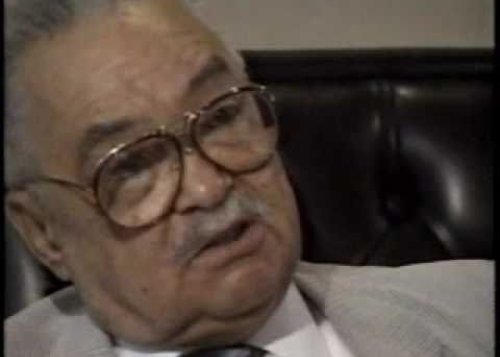 Video: 30 Years Ago, ABC Ran a Report About Detroit That Coleman Young Hated