See video at end of story.

In 12 minutes of compelling television Thursday night, Fox 2's often-raucous "Let It Rip" discussion show featured an extraordinary attack on the station's own star reporter, Charlie LeDuff, over his involvement with Anthony Bourdain's controversial report on Detroit that aired Sunday night on CNN. 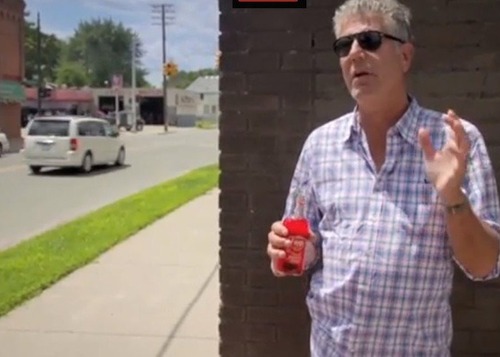 "Let It Rip" panel member Steve Hood, who is African American, charged LeDuff let down black Detroiters when he helped Bourdain, left, put on what Hood called a racist show.

LeDuff, who reported in 2011 he had discovered his family has African-American heritage, has a huge following among black Detroiters.

Hood said of LeDuff: "If he says he's black, he needs to turn in his black card. Right now."

LeDuff did not appear on "Let It Rip." Host Huel Perkins said LeDuff was "done" talking about Bourdain, and added that LeDuff said he loves Detroit and its people, and he had no control over how the show was put together.

Perkins also played a clip from a Fox 2 show Monday during which LeDuff defended his participation in Bourdain's "Parts Unknown" and got into an argument with Fox 2 veteran Murray Feldman, who said Bourdain ripped off Detroit.

"Why are you saying it's negative?" LeDuff asked on the taped segment. "That's us."

PERKINS OPENED "LET IT RIP" THURSDAY NIGHT by telling viewers Bourdain's show on Detroit  had "touched a nerve" among Detroiters, and that rawness became evident as the show progressed and the discussion hit on such sensitive topics as the local media's coverage of Detroit and the role played by young, white newcomers to the city.

As Perkins talked, the screen switched to a scene from "Parts Unknown," which is a foodie program with a global audience, that showed LeDuff chauffeuring Bourdain through Detroit in the journalist's battleship gray old Checker automobile.

On the show and in promotional trailers, Bourdain repeatedly expressed  admiration for Detroit and urged people to visit. He joined Detroiters eating in a fire station, an underground Central American restaurant, a do-it-yourself barbeque joint on a vacant lot, a coney island and a pop-up, avante-garde place where LeDuff, below, poured gin into his soup.

But Bourdain also compared the city to the nuclear-ravaged Russian community of Chernobyl, called Detroit  "post-apocalyptic" and said it looks like something out of a science-fiction film. And he spent a lot of time at the Packard Plant and showing things like abandoned houses and a liquor store that was a lone commercial establishment on one street.

Hood, a Detroit political consultant from a prominent Detroit family who has often worked with LeDuff, said he resented that the principal images of African Americans in the Bourdain report were a woman cooking ribs and a man farming. 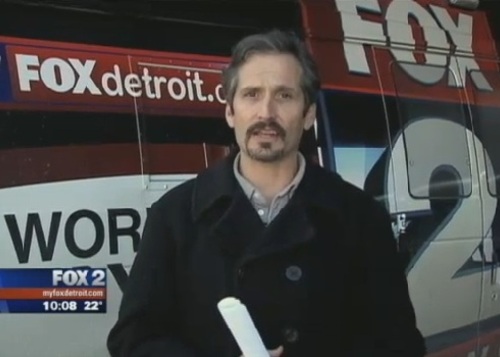 Hood suggested Bourdain could have driven though the Palmer Woods area -- home to many affluent African Americans -- and he could have stopped at a nearby black-run restaurant, or seen art by black Detroiters or stopped by Turkey George's on Woodward -- "positive African American" images.

HE WAS JUST CLEARING HIS THROAT.

Hood added: "Yes, our neighborhoods are messed up, but he could have showed Rosedale Park."

Then the customary "Let It Rip" shouting commenced. Through the din, Hood could be heard saying "the underlying message" of Bourdain's show "was racist."

Hood continued: "Here's my other problem, and I wish he were here to defend himself. You all went through this big long thing on Charlie LeDuff, claiming he was black," a reference to LeDuff's three-part report on the station two years ago that told the story of how he had found some of his ancestors were African Americans.

His voice rising, Hood said: "NO BLACK MAN WOULD EVER LET THOSE NEGATIVE IMAGES OF HIS PEOPLE BE SHOWN."

RETURNING TO HIS COMPLAINT about how young newcomers in the city were portrayed, Hood also asserted that Bourdain made the point on the show that  "white hipsters are going to save Detroit."

He asked: "Is that not racist?" 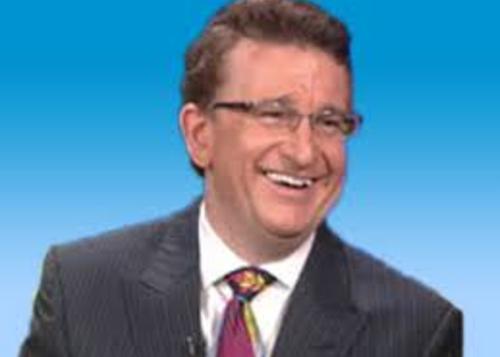 Langton, left, jumped in, expressing his admiration for LeDuff and praising LeDuff's intelligence and work habits. "He's a little kooky sometimes," said Langton, making the crazy sign by rotating his finger around his ear. "But he is a smart guy."

Addressing Langton's praise of the show, Hood said: "That says volumes about you, man." He did not explain further.

Feldman, who was also a panelist on "Let It Rip," noted LeDuff's absence, told Langton he was nice to praise LeDuff and then, with a perturbed look on his face, asked, "Where's Charlie?"

"Let It Rip" was not the only LeDuff coverage Thursday night on the station on which he has made a name for himself for by breaking major stories with a dramatic and sometimes whimsical flair rarely seen on TV.

On the newscast before "Let It Rip," Fox 2's Jason Carr did a report on all the media attention on Detroit, from the recent "60 Minutes" segment to the Bourdain show to LeDuff being announced as one of GQ magazine's men of the year.

Said Carr: "Bring your cameras to Detroit. The people are authentic, the stories compelling and the truth is -- we promise you won't be bored."

LeDuff added: "There's no other place like it. We are the roughest, nicest people in the country."