OK, Soprano Nicole Cabell is definitely NOT a diva. In fact, she’s explaining why opera shouldn’t be exclusively perceived as an elitist art form.

She’s covered how the music, voices, sets, costumes and personalities blend into a moving experience for the audience. She’s reminded me that La Traviata, the production she’s in this week at the Detroit Opera House on Broadway, is the opera featured in the movie “Pretty Woman.”

Our conversation has included the discussion of how people continue to crave culture even in economic downturns and other hard times.

But then Cabell stops talking and points out the picture window next to where we’re sitting.

And we head to the yard so she can feed them.

Cabell, a 36-year-old veteran of the globetrotting operatic and classical music set, (see www.nicole-cabell.com) arrived in Detroit at the end of last month to begin rehearsals as “Violeta,” the lead character in Giuseppe Verdi’s best-known opera. It’s Cabell’s first time in this role, one that requires her to be on stage for most of the production while she parties, dances, flirts, loves, breaks up, reflects, and, of course, dies.

She’ll be in the Wednesday, Nov. 20 and Saturday, Nov. 23 productions. Tickets can be purchased at www.michiganopera.org.

Cabell’s career in professional music is intense work, and this southern California native says she always needs to find ways to relax and center herself between rehearsals and performances.

In Detroit, she’s doing that at the Duck ‘N’ Roll Inn on Neff Avenue, the eastside renovated house that’s part of Suzanne Scoville’s duck farm. A flock of 20 birds roam her four fenced lots and provide eggs for Scoville to sell to the Woodbridge Pub and Hamtramck’s Rock City Eatery as well as a handful of private customers.

Cabell’s fellow cast members have asked where she’s staying during her time in Detroit, expecting her to name one of the downtown hotels. But she tells them: a duck farm.

Scoville opened the Inn last year, and it has been populated by documentary film crews, photographers, journalists, urban agriculture fans, urban planners, families looking for a fun place for kids.

And now an opera star.

Cabell found Scoville’s listing on www.airbnb.com when she was looking for a place to stay in Detroit. Hotels are lovely, but she likes to have a kitchen during her extended visits and a place to privately warm up and rehearse without disturbing other guests.

“I like being around nature and animals so I thought this is a good opportunity to have it all,” she says, “Also, I get to sing here.”

But true to what she says was her upbringing by “hippy parents,” Cabell is perfectly happy at the Inn, where the ducks splash in the backyard water feature and Socks the cat prowls for rodents in the vegetable gardens.

“For me it kind of takes the edge off to be in a more relaxed setting,” she says.

Besides, she says, it’s continuing her education about Detroit. Cabell was here eight years ago, playing Musetta in La Boheme, and was eager to return.

“What I love is that the people are optimistic. And whatever Detroit eventually becomes, because it’s a city in transition, I believe, it will be in part, no, completely due to the resilience of the people,” she says. “There are people coming in that are taking it in a new direction, and  think that’s really cool coupled with people who want to hang on to the traditions that are here.”

The Michigan Opera Theatre is one of those. Give credit to its general director, David DiChiera, who in the 42 years since he created the organization has established it as an economic and cultural tour de force for downtown Detroit.

“He’s a spirit of Detroit,” Cabell says. “He believes in this city.”

So does Cabell. Enough to choose an independently run inn on a duck farm as her home while she’s here. It fits in, she says, with her tradition of seeking colorful places with character wherever she is in the world.

“I’m all for the cool, unusual, artsy places. That’s my thing,” she says. “Just because there might be some economic hardships to a city, and lots of cities are facing that, it doesn’t mean the people don’t crave culture and art. In fact, that’s what people look to, I think in times of difficulty with a city. It’s very important. You can’t take your focus away from that.” 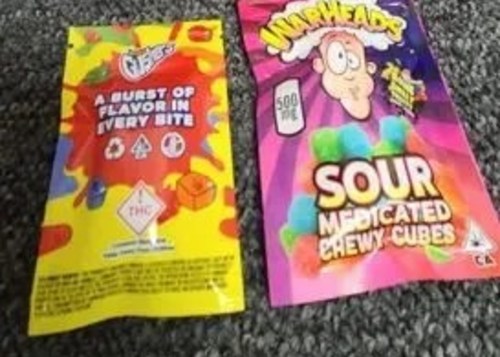