Craig Lieckfelt, one of Detroit's food stars, is enjoying a tasty week -- and it's only Tuesday. 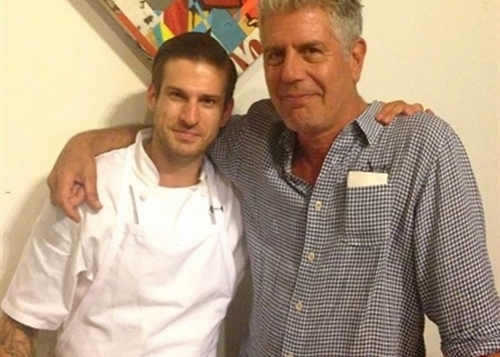 First he snagged Chef of the Year honors from Eater Detroit over four other nominees, and today he earns Los Angeles Times coverage of a visit to share his culinary talent there:

Detroit-based Guns + Butter will pop up at the Roosevelt Hotel's Spare Room for five nights, Friday to Nov. 26.

Guns + Butter recently was featured in the final episode of "Anthony Bourdain: Parts Unknown." Says Bourdain of Guns + Butter chef Craig Lieckfelt: "This guy could be running a 300-seat restaurant in Vegas, but here he is, in Detroit.

Lieckfelt, a top-tier chef who returned to Detroit after studying and working in New York, wears local pride on his skin with an old English "D" tattoo on is right forrearm.

His segment for CNN's show was taped in July during one of three pop-up dinners at the Library Street Collective art gallery. Other local Guns + Butter events have popped up in Corktown at the Brooklyn Street Local diner and Ponyride, an incubator for artists, entrepreneurs and nonprofits 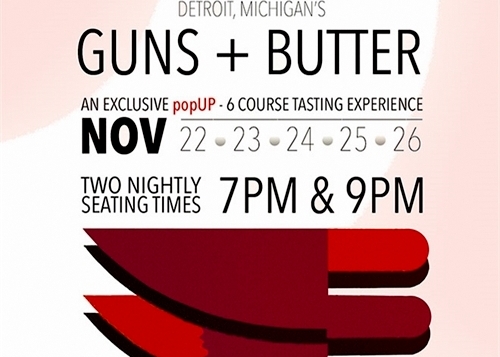 At a Hollywood Boulevard hotel In LA, Lieckfelt will serve $80 meals for up to 160 guests at 10 seatings, Times food writer Betty Hallock reports.

The dinner series at the Spare Room in Hollywood will feature six courses, including dishes such as king crab with langoustine and Meyer lemon and lamb with eggplant and pistachio. The menu is subject to change after a visit to the Santa Monica Farmer's Market.