In case you haven't heard yet, we've been getting a lot of snow. It's cold and wet and rainy and it makes getting anywhere a real pain. But, it also makes downtown Detroit pretty darn photogenic.

Some places were quiet. 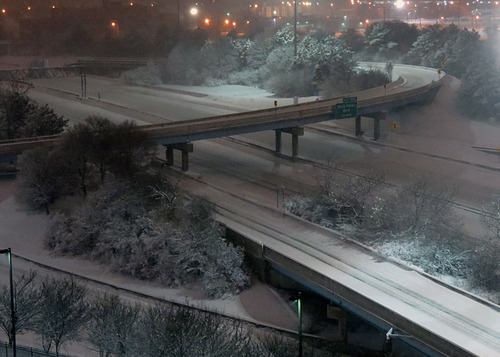 Like this spot near where I-75 meets the lodge. 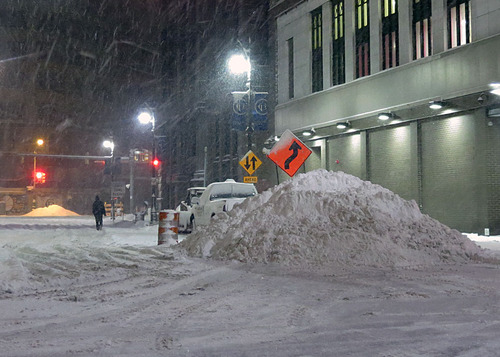 And this spot, where plows piled a huge mound of snow in the middle of Gratiot and Woodward. 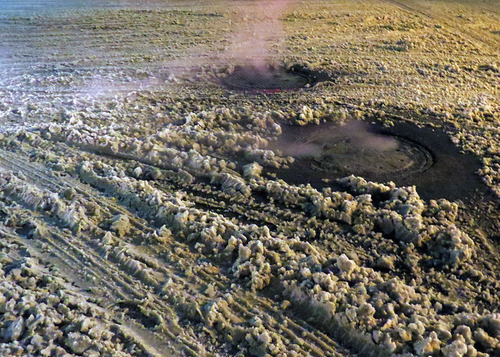 Man hole covers and steam vents where the only source of pavement around.

In fact, the quiet felt eerily similar to last year's snowstorm. This side by side pair shows Franklin St in Rivertown during a snow storm in February of 2013. On the right, that same spot on Thursday night.

But elsewhere, things were kicking. On the same street looking southeast, the Globe Building in February 2013 was uninhabited. Today, we see construction to turn the building into a recreational facility for the state. 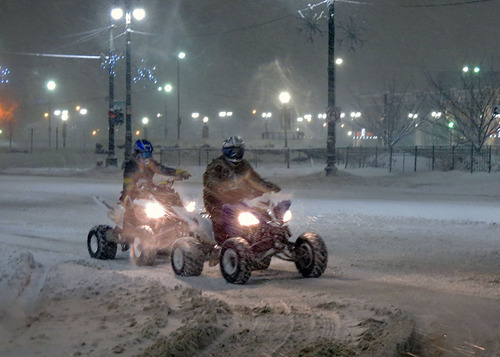 These guys hopped on their four wheelers and blazed around downtown. 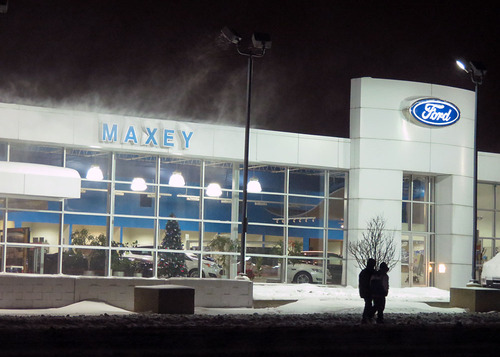 And this pair of men trudged along Jefferson Ave. 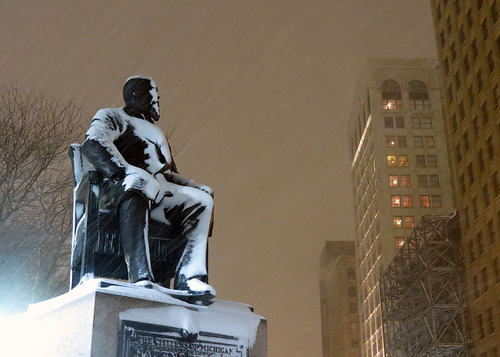 Good old Hazen Pingree wasn't deterred by the cold either. He braved the brunt of the wind and snow in Grand Circus Park. 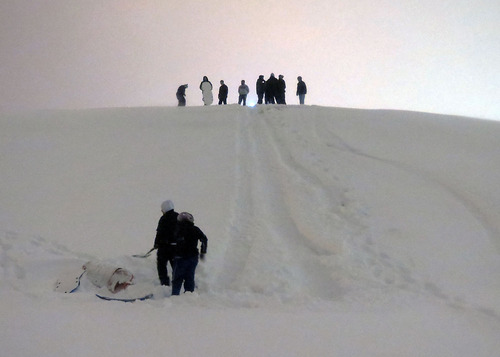 In Milliken State Park, this group of Detroiters embraced the endless snowfall by grabbing some sleds and snowboards, crawling up the hill and zooming down over a ramp made from snow and a construction barrel.