Can Chief Craig Keep Detroit From Surpassing New York In Homicides This Year?

As the years change and Detroit city government undergoes a significant transformation -- on top of the ongoing bankruptcy process -- there’s a lot of new information to digest on a daily basis.

One number that popped up briefly in news accounts between Christmas and New Year’s lingers, though: 333.

That’s the number of homicides in Detroit last year. And that’s a good number, because it represents a 14-percent drop from 2013. 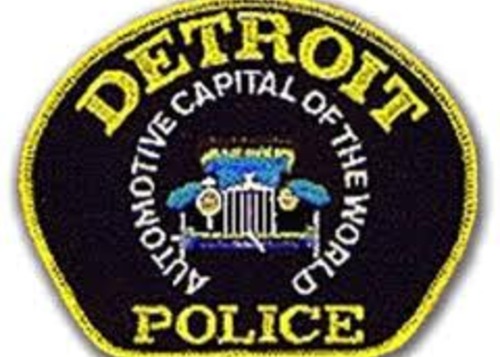 But 333 is also the number of homicides in New York City in 2013. And that’s a very good number, because it represents a 20-percent reduction from last year.

But think of it: Detroit, with barely 700,000 residents, had the same number of murders as New York, with a population of 8.3 million.

Does that say more about Detroit or New York?

It certainly means Detroit has too many murders. Yet it’s difficult to compare the global behemoth that is the nation’s biggest city with struggling Detroit, other than to note both cities share some of the same ingredients that contribute to shootings and stabbings: poverty, drug dealing and a national culture of violence.

Nationally, the number of homicides has dropped in recent years, and crime in many big cities sits at the levels of the 1950s and 60s. In 1990, for example, New York recorded 2,262 homicides.

Even with an overall reduction in violent crime, Detroit Police Chief James Craig said last week he had replaced the head of homicide and will announce a new crime-fighting plan for city neighborhoods this week.

“We ended 2013 with the exact same number of homicides as New York,” Craig said during the press conference Thursday. “I’m not proud of this. We’re trending in the right direction, but we still have work to do.”

One big difference between New York and Detroit is the number of officers available to fight crime. New York has a sophisticated and huge department and has many more cops per capita than the depleted DPD, giving it the ability to dispatch large numbers of personnel into neighborhoods where computers show incidents are occurring.

With the additional manpower, New York over the past decade also has policed the city aggressively, from ticketing subway riders with their feet on seats to confronting people on the streets in the NYPD’s highly controversial stop, question and frisk program.

By even the department’s own statistics, the stop-and-frisk tactics mostly affect minorities, and while the strategy made it risky to carry a gun illegally in New York, it also created friction between the NYPD and many New Yorkers.

Last week, after he was sworn in as New York’s new police commissioner, William Bratton addressed the “disconnect” and “alienation” between the department and the community.

“Crime is down to such extraordinarily low levels in this city versus where it was that there is an expectation — or there should be an expectation — that the intrusion of police into citizens’ lives should also diminish,” he told reporters. “But we had the reverse happening.”

In Detroit, one of the biggest complaints is there are too few cops to make sure one will show up when needed.

Under Craig, though, the department appears to have become more aggressive, conducting mass raids on apartment complexes and neighborhoods and even beginning a stop-and-frisk policy that Craig insists is conducted legally, when officers have probable cause.

New York also has strict gun laws, and an outgoing mayor, Michael Bloomberg, who is one of the nation's most outspoken gun-control advocates. On the other hand, Craig asserted last week Detroit might be a safer place if more residents were armed. He recalled when he served as police chief in Portland, Maine (population 66,214), he saw that an easy application process to carry a gun made Maine one of the nation’s safest places.

Whether Portland’s situation has any relevancy to Detroit is debatable, but top officials in most big cities are pro-gun control, including Bratton, whom Craig admires from the days when Bratton was running the Los Angeles Police Department and Craig was working his way up the LAPD ranks before going to Portland, and then Cincinnati and Detroit.

As its police force has been allowed to shrink to dangerous levels, Detroit has not kept up with other big cities in reducing violent crime. As police chief, Craig is the city’s most visible department head, and he probably has the toughest job. He reports not to Mayor Mike Duggan, but to Emergency Manager Kevyn Orr.

Whether Craig can cut crime with a depleted force while protecting citizens from unlawful police intrusion is one of the big questions in a city that has its share of questions in 2014.

It won’t look good a year from now if New York has fewer homicides than Detroit.