Greg Stejskal served as an FBI agent for 31 years and retired as resident agent in charge of the Ann Arbor office. 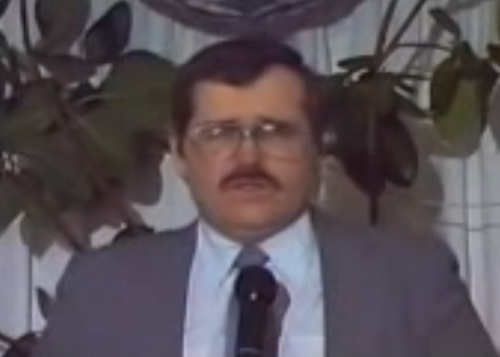 Mark and I never really hit it off.

I first met Mark Koernke in the late ‘80s. Gene Ward, a fellow FBI agent, had asked me to accompany him on an interview of Koernke. We met with Koernke in his basement office at Alice Lloyd Hall, a University of Michigan dormitory, where he was a janitor.

Ward was investigating a potential hate crime, the painting of some racial epithets on a home. It had been suggested that Koernke might know something about it. Koernke denied that he had any knowledge, and we concluded that he most probably had no connection to the graffiti painting.

During the course of the interview, Koernke made it known that he had been an intelligence officer in the Army, and in addition he was a counter intelligence expert. He said, he continued to train US military units regarding tactics of foreign militaries. I made no secret of my skepticism of Koernke’s background and questioned some of his conspiracy theories he apparently felt compelled to share with us.

This all pre-dated Koernke’s semi-notoriety, later he would have a national following as “Mark from Michigan” and his own radio show “The Intelligence Report.”

Believer in the New World Order

He was an early purveyor of the “New World Order,” which he believed was a world-wide conspiracy. As best as I’ve been able to understand, the New World Order involves the takeover of the US by the United Nations which is fronting for some insidious international cabal that wants to institute international socialism. Part of this conspiracy was the building of secret concentration camps in the western US to house those who would be unwilling to accept the New World Order. Among other things, “black helicopters” were being used to spy on Americans.

The black helicopters and Mark from Michigan became synonymous. The New World Order was supposed to have happened by now, but it hasn’t and maybe that’s because Koernke has been on watch. I think Koernke perceived himself to be the “intellectual” underpinning of the militia movement – sort of a latter day Thomas Paine.

Anyway our paths continued to cross. There were the times I saw him surveilling the federal building parking lot. I guess he was trying to log our movements for intelligence purposes. I would wave to him, and he would hide.

During the late 80s and early 90s the militia movement grew dramatically. The high-water mark came soon after the bombing of the Murray federal building in Oklahoma City.

Many people in the movement were shocked and disgusted by the slaughter of innocent people including children. They did not want to be identified with a philosophy that condoned such acts. (In contrast Koernke espoused the theory that the government actually did the bombing to set-up Timothy McVeigh and to destroy records that proved the “Gulf War Syndrome” was real. He didn’t really explain why those records were in Oklahoma City.)

As the militia movement diminished, there were some internal conflicts.

In 1997, in Michigan, one member of the militia was murdered and other members were charged with the murder. Although Koernke was never believed to be involved, he was subpoenaed to be a witness. When a process server showed up on Koernke’s porch, an argument ensued.

Threatened With a Rifle

Apparently Koernke threatened the server with a rifle resulting in Koernke being charged with assault with a dangerous weapon. Koernke’s trial date was in May, 1998, but Koernke didn’t appear for the trial, and a bench warrant was issued for his arrest. In June a federal fugitive warrant for Koernke was issued based on my affidavit stating there was reason to believe he had fled from Michigan. 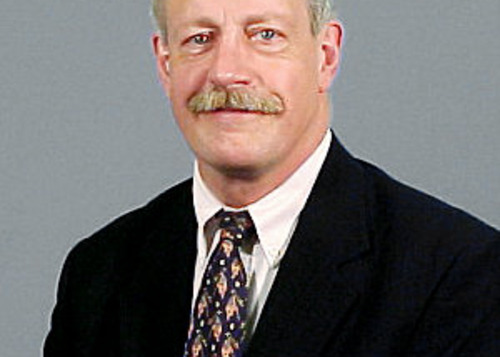 While Koernke was a fugitive, he continued his shortwave radio broadcasts from various undisclosed locations. He mentioned me several times in unflattering terms. He also said, that unless the federal charges were dropped, “a lot of their (FBI) people might get hurt.”

The following July a Michigan State Police helicopter was searching for marijuana growing plots in rural Barry County (just north of Battle Creek, Michigan). The helicopter crew observed a pickup truck, a man and a woman near an abandoned mobile home.

When the helicopter came in for a closer look, the man, Koernke, began running. I don’t know if the helicopter was black, but it must have been unsettling for Koernke to have a helicopter seemingly coming for him. Koernke then jumped into a shallow lake where only his head was showing. (Presumably Koernke was looking for a hollow reed so he could breathe while submerged like in so many old movies.)

When the police ground units arrived Koernke was persuaded to come out of the water, but not before giving a one finger salute. Koernke told the police he was Michael Kerns. He was affecting an Irish brogue and had attempted to dye his hair red although the result was closer to orange. Several weapons were found in the pickup including an AR-15 and a semi-automatic AK-47. Kerns/Koernke was taken into custody and lodged in the Barry County jail in Hastings.

It was suspected that Kerns might be Koernke, but a positive identification would take hours as there was not yet a way to electronically transmit fingerprints to locations where his prints were on file. That night the Barry County Sheriff called me and asked if I could come to his jail to identify Koernke.

When I arrived at Barry County Sheriff’s Office, there sat Mark Koernke with orange hair and no mustache. I greeted Mark by name, but he acted like he didn’t know me and was talking in a terrible Irish brogue and said his name was Michael Kerns.

I told him that I needed to ask him a few questions, but first I had to advise him of his rights. After advising him, I passed him the acknowledgement form and asked him to sign it which he did. I looked at the form and asked him if he realized he had signed the form “Mark Koernke.” He looked totally crest fallen.

In August 1999, after again being placed on bond, he was tried on the assault charge and found guilty. The judge sentenced him to 80 days in jail, but he was credited with time served and given probation.

Koernke continued his shortwave broadcasts and hawking his videocassettes with titles like “America in Peril” to a somewhat diminished audience. But our paths were destined to cross one more time.

In March 2000, there was a bank robbery in downtown Dexter, Michigan, Koernke’s hometown. I responded to the robbery and was in route when I heard radio traffic describing a suspect vehicle, an ’85 white Plymouth Fury. A sheriff’s deputy had stopped a car matching that description, but when he approached the car, it sped off. A high-speed chase ensued that lasted 40 minutes. During the chase the officers became aware that the car was Mark Koernke’s, and he appeared to be driving it.

The police were able to cut-off Koernke. He tried to ram a police car and run-over a deputy. Then he decided to drive cross-country across a field, but ended up hitting a tree. He got out and ran toward a channel of a lake. There he again executed his water escape and evasion tactic, swimming across the channel. The police caught up to him on the other side.

As a MSP trooper with his gun drawn approached Koernke, Koernke shoved him. The trooper displayed remarkable restraint and didn’t shoot him, but rather subdued and handcuffed Koernke.

I had proceeded to the bank and quickly learned Koernke was not the bank robber. (We later caught the actual bank robber who was responsible for several other robberies.) Apparently Koernke, a customer of the bank, had stopped in the street in front of the bank. He had his son get out of the car to place a deposit in the bank’s ATM. The son after making the deposit ran back to the car. He was wearing a baseball cap as was the bank robber.

Witnesses outside the bank saw this, and when they were questioned about the bank robbery, thought they had witnessed the getaway. A description of the car was broadcast which led to Koernke being stopped and then the chase began.

It is not clear to me why Koernke fled from the police. There were no helicopters up that day. He later claimed that he feared for the safety of his 2 sons who were in the car, but they remained in the car for a good portion of the high speed chase. (Koernke had them get out of the car before he was forced to stop.)

In March 2001, Koernke was convicted of fleeing from the police, assault with a dangerous weapon (his car) and resisting and obstructing. The trial and sentencing were before the same judge as his first trial. But the judge was far less sympathetic this time. She sentenced him on each count to run concurrently with 7 years being the maximum time in prison. It would be about 3 years if he were paroled. He did not get along well in prison and did close to the maximum time.

On March 15, 2007, Koernke completed his sentence. He has resumed doing the shortwave broadcasts of his “The Intelligence Report,” most recently carried on Liberty Tree Radio. In addition he has many videos available on You Tube. I’m guessing drones and the NSA/Snowden revelations are giving him a lot of new material.