Doron Levin: Could a Detroit-Style Financial Meltdown Happen To The USA? 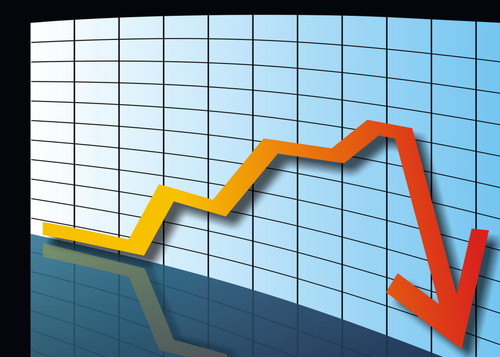 The city’s predicament is a cautionary tale about the perils of too much debt. Consider the United States as Detroit writ large, a political entity that has borrowed massively and, due to impaired credit, whose retirement safety net – Social Security – is in jeopardy.

The plan of adjustment that Kevyn Orr submitted to the bankruptcy court last week imposes roughly a one-third reduction in the benefits for city pensioners. What if the same level of cut was applied to Social Security and Medicare recipients? Or to the beneficiaries of private pension funds due to a stock market collapse caused by a federal default?

Economists and politicians argue endlessly about how dangerous the country’s debt actually is.  Paul Krugman, the Nobel laureate in economics, asserts that the idea of a national default and bankruptcy is overblown, the ravings of Tea Party lunatics.  Other eminent economists aren’t so sure, and some very smart ones think we’re tiptoeing on the brink of disaster.

The warnings about Detroit’s future and the dangers of borrowing were sounded over and over.  The response? “Detroit will recover,” city boosters argued.  Detroit will grow its way back to prosperity and recapture its glorious past. The city’s problem, some said, is mainly one of image: Once the world recognizes and acknowledges the world-class opportunities that are here, conditions will improve.

Unfortunately, the recession of 2008-09 – compounded by abysmal political leadership – pushed Detroit into a Land of No Return.

Since the unforeseen is, by definition, something that can’t be avoided or prevented, it’s important the U.S. not to be in a vulnerable position when the unforeseen happens, as it does with disappointing frequency.  The U.S. housing crisis isn’t what caused Detroit’s bankruptcy – but it is what helped push a financially vulnerable city into bankruptcy.

Suddenly carpenters and roofers aren’t buying enough Ford and Chevrolet pickups, soon the industry is in Washington for a bailout … well, you know the rest.

The events in Detroit suggest the reasons why the U.S. should stop playing with fire by raising debt levels and failing to make adjustments in social welfare programs.  Unfortunately, gridlock has so far prevented an agreement along the lines suggested by the eminently sensible Simpson-Bowles Commission on Fiscal Responsibility and Reform of 2010.

Back in Detroit, Orr’s plan of adjustment hasn’t been accepted, so it’s possible more arguing and litigation could ensue.  One way or another, city pensioners are going to take a haircut.  They’ll be hurt less than otherwise if representatives from the unions and the pension funds recognize that the first deal they’ve been offered is probably the best one.

Gov. Snyder and the foundations were wise and good to pledge hundreds of millions in subsidies to ensure that the cuts to the pension benefits weren’t even deeper.  If the wrangling gets too intense or protracted, who knows if their pledges will remain solid.

No one likes to consider the unpleasant outcomes from imprudent borrowing. Borrowing is like a narcotic in that it makes you feel good for a few moments.  But the day of reckoning always arrives.

Social security and Medicare beneficiaries – and future beneficiaries – would rather not think about the unthinkable. They should force themselves to look at Detroit – and then send an email to their representatives in Washington without delay.