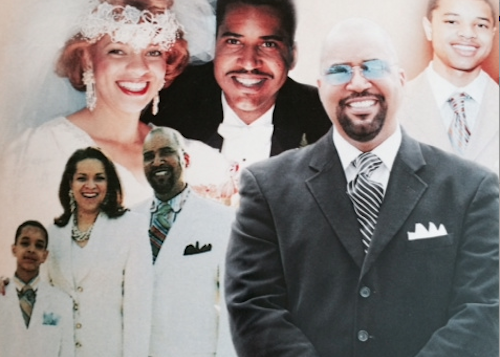 A sea of humanity, including a  Who’s Who of the community, flocked to the Greater Grace Temple in northwest Detroit on a frigid Monday morning to feel the warmth and love and honor the passing of Angelo Henderson, a radio personality, minister, community activist and Pulitzer Prize winner.

One speaker after another portrayed Henderson, 51, as a hero of the people, an activist who walked the walk, a man with a sense of humor and a child-like enthusiasm for life who was on a mission to serve community,  God and family.

“Angelo carried the spirit of Detroit wherever he went,” said his radio show producer, Amanda Paul, one of many speakers who delivered loving eulogies. "Now his spirit will forever live on in the city."

"Everyone in this room had a piece of Angelo," she added.

Fox 2’s Huel Perkins said: “Angelo saw problems. He took the weight of the world on his shoulders and he tried to solve them.”

The cross-section of speakers and those in attendance in the 4,000-seat auditorium, that was about 70-percent full, was a testament to the folks he touched in person as a community leader and assistant minister at Triumph Church and those he touched on the radio as a popular personality on WCHB 1200 AM.

Council President Jones noted that life is not really about how old your are, a reference to Henderson dying, of natural causes, at 51. 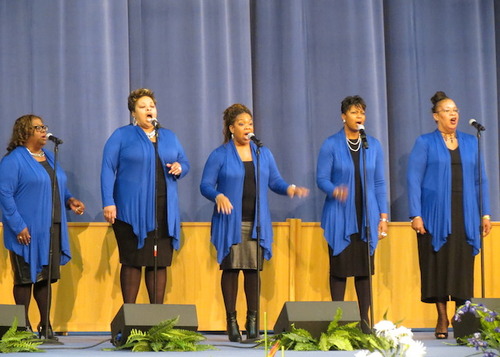 There was beautiful music at the ceremony.

“It’s about what you do in this life and who you touch in life,” she said.

The phrase "larger than life" was spoken several times from the pulpit. "He belonged everywhere and everyone claimed him," said Nolan Finley, Detroit News editorial page editor.

"We instantly bonded based on our spiritual connection to the same mission," Craig said. "What more can you say about a person who puts the needs of others before his own needs and he was always there when called.

Then Craig mentioned a recent death threat he got via social media.

"I would ask this question: What would Angelo say about a police chief being threatened right now by the same people who’ve created fear, despair and a diminished quality of life for so many that call Detroit home? I  know Angleo would want us to continue on with this mission to make Detroit a safer place."

Gov. Rick Snyder and U.S. Rep. Gary Peters sent condolences that were read aloud during the nearly four-hour service, which ended with a rousing eulogy by Rev. Charles Adams, senior pastor of Hartford Memorial Baptist Church and a mentor to Henderson after he became an ordained minister.

Adams spoke of "his vision, his courage, his integrity, his power as a writer, his commitment to the community and his soaring excellence in everything he did."

A tribute video below the photos was produced by Montez Miller of Triumph Church. 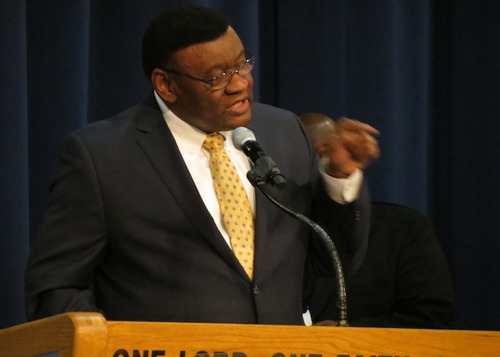 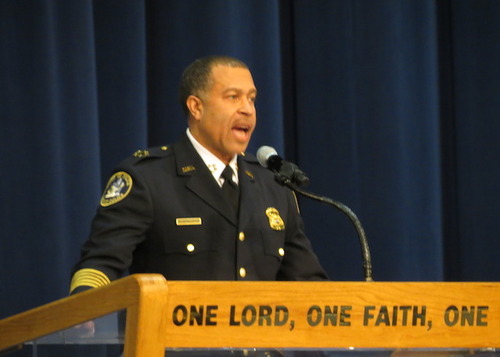 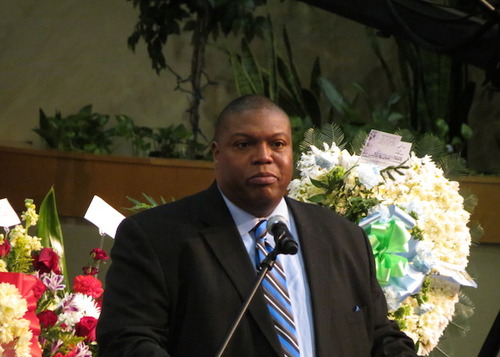 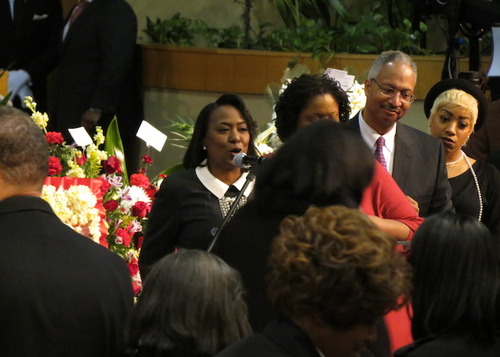 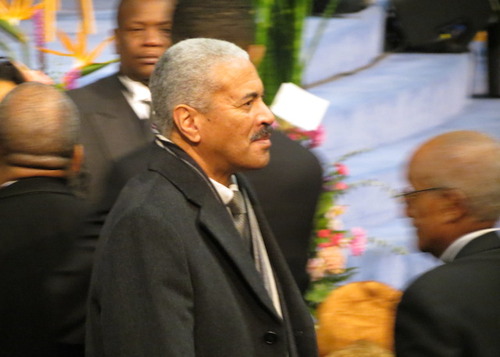 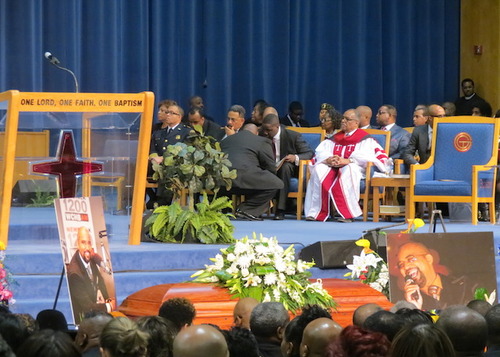 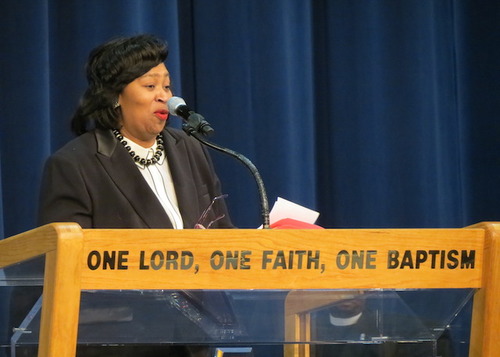