"The Warriors," the celebrated 1979 cult film about youth gangs in New York City, celebrates its 35th anniversary this year, and a New York cultural blog has marked the occasion by interviewing David Patrick Kelly, the Detroit-born actor who played the film's homicidal maniac, Luther. 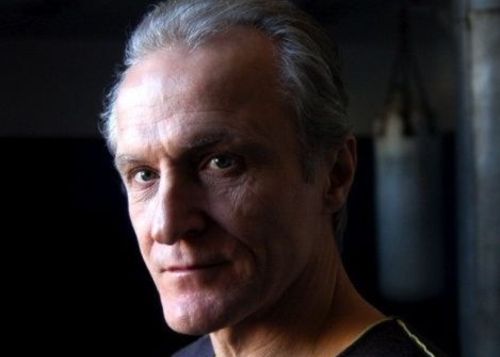 Kelly, 63, has gone on to have a successful stage, film and TV career.

"Kelly's tight-lipped expressions and attitude that made him appear like a grenade with the pin pulled got him plenty of roles playing defiant young men, often in trouble with authority," says his bio on IMDB.com.

Kelly, currently performing in the Broadway musical "ONCE," was raised on the east side and attended Bishop Gallagher High School and the University of Detroit. He is the brother of former state Sen. John Kelly, the Detroit Democrat.

In the midst of the punk movement, and in the middle of what was “a frightening, yet exciting time” for David Patrick Kelly, was born one of New York City’s classic cult films: “The Warriors.”

He is most notably remembered in the moment he began the clanking of the bottles, followed with the demonic like chant “Warriors, come out to plaaaayyaaay!”

The character of Luther is filled with intense, maniacal rage, which is strange considering Kelly’s demeanor.

“I’m a peaceable character. I absorbed the energy of the culture, the rage of the culture to become Luther. It was the punk movement.”

Kelly, then a young actor and musician, was discovered while playing at CBGB’s alongside bands like The Ramones. He worked at the famous Max’s Kansas City in Union Square where he announced and set the stage for artists like Debbie Harry and The New York Dolls.

“Johnny Thunders of The New York Dolls was a large influence on the character of Luther, and so was this pretty scary guy named Frenchy. I don’t know him by any other name but Frenchy.”