If their goal was to provoke likely discussion, Professor David Laitin and Marc Jahr succeeded Thursday -- though not as intended.

More than 470 comments from around the country are under their New York Times commentary (right), which remained atop the paper's online opinion section until Friday afternoon. "Stop talking about Detroit as if it's another planet," a reader in Washington, D.C., urges Friday morning

One standout at our Facebook page is from Detroit musician Joe Smith:

"Ah yes. Let's help Detroit by continuing to ignore its current poor, indigenous population, and by spending lots of money and resources to get other, better poor folks to move here. Genius."

A sampling of other opinions from near and far:

This may seem wacky or worthy of The Onion, but political scientist David Laitin is straight-up serious.

"Syrian refugees would be an ideal community to" bring to Detroit, the Stanford University professor writes in a New York Times guest commentary Thursday with co-author Marc Jahr, a low-income housing specialist from New York.

The two men propose a bold step that would be complex and costly, they acknowledge. "Let Syrians Settle Detroit" says their essay's headline.

Laitin and Jahr, who used to lead New York City's Housing Development Corporation, describe Detroit in paragraph one as "an urban vacuum" that's "estimated to have more than 70,000 abandoned buildings and 90,000 vacant lots."

So Syrians would be reminded of home? 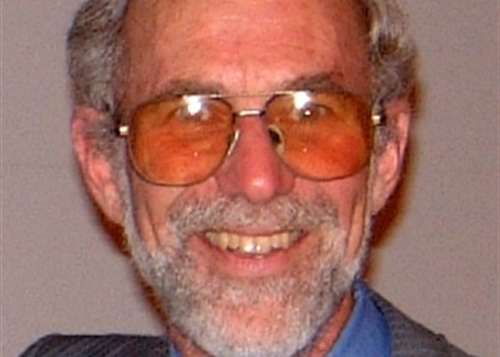 The opinion writers crudely link a major U.S. city and displaced Syrians as they suggest a way to address "two social and humanitarian disasters:"

Here's some of what Laitin and Jahr write:

Arab-Americans are already a vibrant and successful presence in the Detroit metropolitan area. . . .

Resettling Syrians in Detroit would require commitment and cooperation across different branches and levels of our government, but it is eminently feasible.

President Obama and Congress would have to agree to lift this year’s refugee ceiling by 50,000. The State Department, which handles overseas processing of refugees, would need to open offices at the camps in Jordan and Turkey, determine eligibility and administer a lottery for resettlement. Homeland Security, which controls the borders, would have to carry out accelerated security checks, as has been done in the past for Vietnamese and for Iranian religious minorities. Health and Human Services would need an expansion in the $1.5 billion it budgets for refugee resettlement. . . .

Finally, grants from the federal government and from philanthropic foundations would be needed to help the local Arab-American community supply social services for the newcomers. . . . If small business and home-ownership loans were extended, the refugees would have a financial incentive to remain.

The public policy dreamers visionaries note that "refugees are by no means the only source for the regeneration of Detroit."

Its more settled populations, including African-Americans and Latinos, are bringing great energy and resources to the city’s renewal. But Syrians would bring new vigor and catalyze its nascent recovery. . . .

From its original Native Americans to the Great Migration of Southern blacks to the infusion of Hispanic and Arab immigrants, Detroit has been a melting pot of religions, ethnicities and cultures.

"The benefits to Detroit, to a devastated Syrian population and to American ideals [are] worth overcoming the expenses and administrative complexity of this proposal," the writers conclude.

At a Reddit thread about this, here's what a guy posting as Greg concludes: "Article reads like a 14 year old that just smoked pot for the first time."

What do you conclude? Tell us in a comment.

Oxford High will have metal detectors, private security -- and a dog