Investigative Reporter Curt Guyette Honored as Journalist of the Year 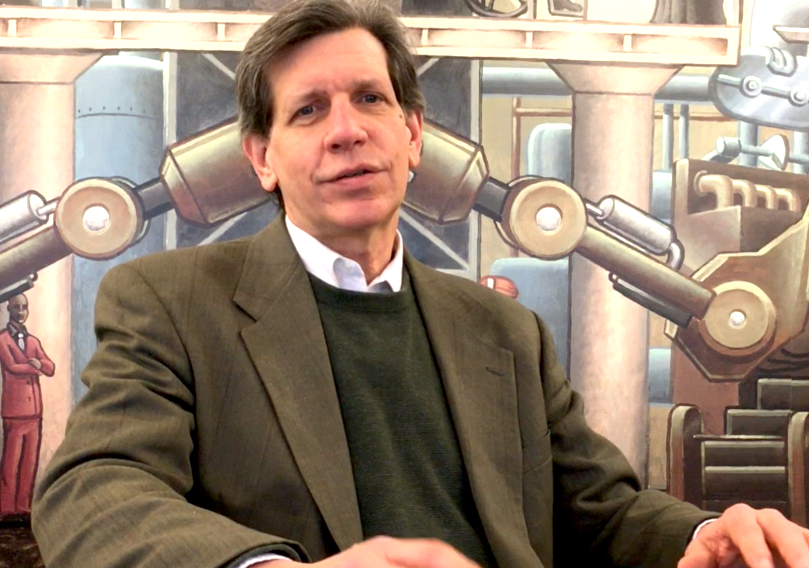 Curt Guyette, an investigative reporter for the Michigan chapter of the American Civil Liberties Union, who helped expose the Flint water scandal through his dogged reporting, was named Journalist of the Year by the Michigan Press Association on Thursday night.

Guyette has a unique arrangement in which he does investigative reporting for the ACLU based out of Detroit. He has a website, Democracy Watch Blog,  where his work appears. It has also been published in Deadline Detroit and Metro Times.

Guyette, who was honored at a dinner on Thursday night at the Amway Grand Plaza Hotel in Grand Rapids, posted this on Facebook:

When I got this award I thanked:

1. My kids Russ and Tess, and their mom, who was incredibly supportive. The crowd laughed a little when I pointed out that it is often not fun being the significant other of a spouse.

2. ACLU of Michigan Executive Director Kary Moss and Deputy Director Rana Elmir for having the vision to do what no other ACLU branch had ever done by hiring an investigative reporter. I should have included the Ford Foundation as well for taking the chance to fund the experiment. And my editor Darrell Dawsey for his steadfast support.

3. The Michigan Press Association for validating this experiment and giving a huge boost to the credibility of the kind of nonprofit journalism I'm now doing.

4. Most of all the people of Flint -- especially the team (you know who you are) -- for refusing to believe the lie their water was safe, and for fighting relentlessly to get the truth out. Together with Marc Edwards and Dr. Mona Hana-Attisha we proved what an incredibly powerful weapon the truth can be.

5. To that list I now add all of you now offering me congratulations. Thanks everyone! I am truly honored.