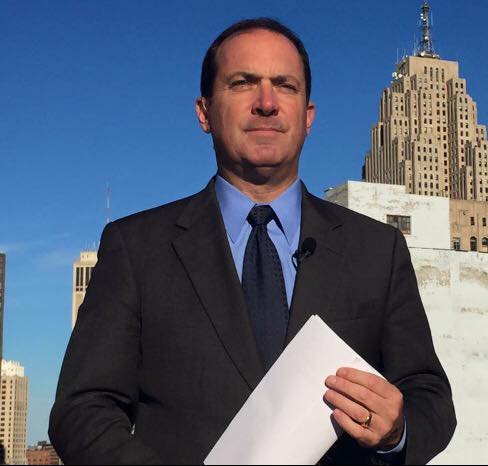 WDIV, Bridge Magazine and Michigan Radio are recipients of the Wade H. McCree Jr. Awards for the Advancement of Justice.

McCree was a federal judge, University of Michigan law professor and federal solicitor general. The awards were established in 1974 by the State Bar of Michigan and the Michigan Press Association, McCree died in 1987.

The first McCree Award goes to Bridge Magazine journalists Ron French and Ted Roelofs. Their series about sexual assaults of juvenile offenders delved into thousands of pages of Michigan Department of Corrections records, court transcripts, depositions and filings to chronicle the human cost of Michigan’s past practice of housing juvenile offenders in adult prisons.

The series also examined the cost to taxpayers of a prolonged legal battle conducted by the Michigan attorney general, who disputed the sexual assault claims. French and Roelofs discovered that dozens of alleged assaults of juveniles occurred in at least 10 Michigan corrections facilities, hundreds of juvenile offenders sentenced under the Holmes Youthful Trainee Act were housed in adult prisons and that an MDOC official in charge of hearing sexual assault complaints posted a prison rape joke on Facebook. After the series ran, a bipartisan group of legislators introduced bills that would raise the age of young offenders placed in adult prisons from 17 to 18, and make it more difficult to move juveniles accused of crimes into adult court.

The second McCree Award goes to WDIV journalists Kevin Dietz, Ro Coppola, Vanessa Camp, Ben Bell and John Pompeo for an investigative series about police brutality, “A Journey to Justice.” The series examined the aftermath of the traffic stop of Floyd Dent, an African American man who failed to stop at a stop sign and was then pulled from his car and punched 16 times in the head by arresting officer William Melendez, who claimed Dent resisted arrest and was carrying cocaine. At Dent’s preliminary examination on charges of assault, resisting arrest and possession of cocaine, a district court judge dismissed all but the cocaine charges, citing a police dash cam video. WDIV obtained the dash cam video and created a series of reports that showed Dent to be an upstanding citizen, that Melendez had been forced to retire from the Detroit Police Department and that Melendez pulled a baggie of cocaine out of his own pocket in the dash cam video. As the result of the investigation, Melendez was fired and sentenced to 13 months in prison, two additional police officers were suspended and the police chief resigned. A new law to create a statewide database to track officers who resign under investigation is under consideration, and police departments across the country are reevaluating hiring practices.

The third McCree Award goes to Michigan Radio journalists Joe Linstroth and Kate Wells for a series, “Sexual Assault Investigations at MSU: a Broken System and the Efforts to Fix it.” Linstroth and Wells were investigating allegations of problems with Michigan State University’s handling of sexual assault cases when a scathing federal report was released about MSU. Although universities are supposed to complete sexual assault investigations within 60 days, they discovered that MSU’s investigations last for months, and that alleged repeat offenders can stay in the MSU community for years due to cases being reopened or appealed. They also found that MSU’s Title IX investigators were severely understaffed to handle the nearly 100 sexual misconduct cases a year. One woman who was allegedly raped, endured an eight-month-long investigation and hours in the same hearing room as her alleged rapist, before he was expelled. Her case was initially upheld on appeal, but then alleged errors were raised, prompting a second months-long investigation by a law firm, which ultimately overturned the expulsion more than a year after the woman had first reported the rape. MSU is now creating new policies to speed up investigations and has hired a new Title IX coordinator.

Detroit Free Press reporter John Wisely gets an honorable mention for a stories about the effectiveness of criminal tethers.