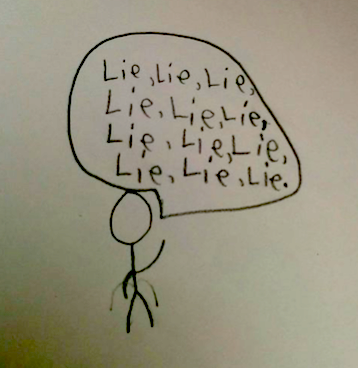 Simplicity can sometimes be so biting.

Mark Hicks of the Detroit News writes that a simple cartoon of Gov. Rick Snyder  and the water crisis by Ian MacIntyre, 10,  of Flint, is going viral after it was posted on Twitter by Flint area activist Nayyirah Shariff. It shows a  faceless stick figure with a huge quote balloon featuring a single word repeated a dozen times: “Lie.”

Hicks writes that the boy drew it in time for Snyder’s testimony before the U.S. House Oversight and Government Reform Committee on Thursday.

Iain, his mother Laura, a University of Michigan-Flint lecturer, and brother Broghan headed to Washington for the hearing on on Thursday.