Nathan Bomey’s “Detroit Resurrected” is the most thoroughly reported account of the largest municipal bankruptcy in American history. It also stands as a valuable work of urban policy. 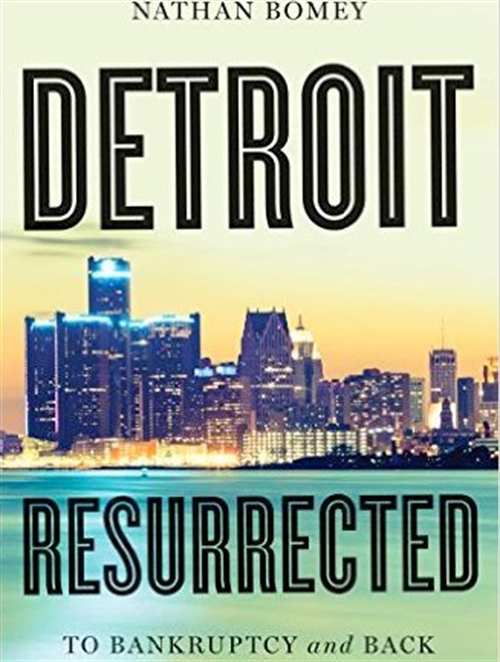 That accolade comes from Stephen Eide, whose assessment is posted in advance of the weekly Book Review's print distribution. Eide, who has a doctorate in political philosophy, is a senior fellow at the Manhattan Institute, a free market policy research center

Bomey, 32, covered the Chapter 9 drama in 2013-14 as the Freep's main writer on that beat. He's a graduate of Saline High School and Eastern Michigan University who was at the Detroit daily from 2012 through mid-2015, when he became a business reporter at USA Today.

What happened -- and what will happen -- in Detroit are "profoundly important in light of the continuing fiscal challenges faced by localities like Atlantic City and municipal institutions like the Chicago public schools," says this weekend's review of the newly published book, which adds:

After six decades of uninterrupted decline, Detroit, for once, seemed to catch all the breaks. Other ­cities confronting bankruptcy may not be so lucky.