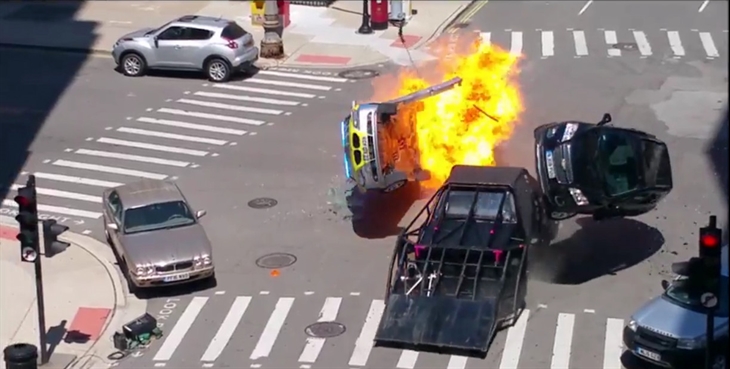 There's no doubt that this will make the final cut of next June movie. (Photo from video by "Bananadoc.")

On a humid afternoon in the 90s, things got even hotter Saturday at Fort and Griswold downtown as director Michael Bay shot a fiery crash sequence for "Transformers: The Last Knight."

The Detroit business district intersection was decorated to resemble a street in the British capital, complete with a mock Underground rail station, costumed "bobbies" and a London police car. 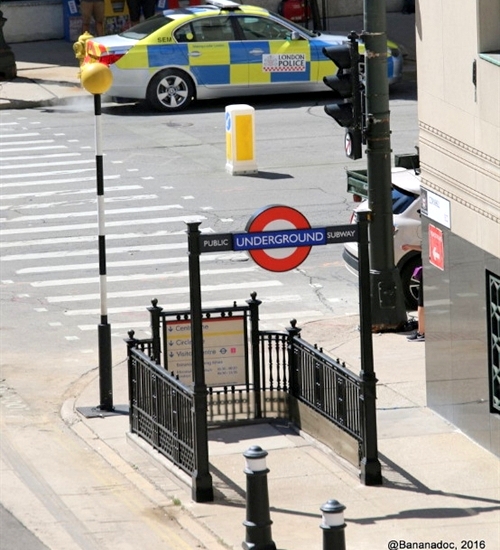 A local photography and film set buff who tweets as @Bananadoc gives us permission to post some of what he snapped from a well-positioned office window. Sunday's feed includes a 22-second video of the scene above.

His blog has galleries from filming outside the Fisher Building on Friday and on Detroit's east side earlier in the week.

Dozens of local extras stood, strolled and ran in the background of Saturday's drama.

Earlier scenes were shot in the Capitol Park area and the old Packard plant this past week, Julie Hinds writes in the Free Press. Excerpts from her article:

This is the fourth time the Motor City has been used as a location for a "Transformers" movie.

"We're happy to be back. We love being in Detroit and Michigan," said producer Ian Bryce on Friday afternoon during a break, noting that longtime "Transformers" director Michael Bay always enjoys working in Michigan.

The cast and crew are spending a total of eight weeks in the region, with filming planned for Detroit, the Michigan Motion Picture Studios sound stages in Pontiac and other nearby undisclosed locations.

This first week, the Chene-Ferry market was used as a location for three days.

Here are more close-ups from our friend, who prefers to stay anonymous and whose blog describes him as "stalking movies in Michigan:" 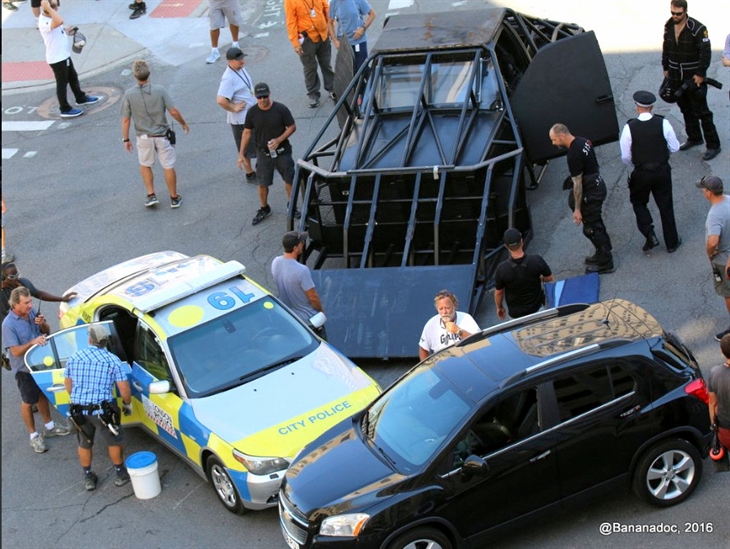 It takes lots of technical specialists to set up a spectacular crash scene. 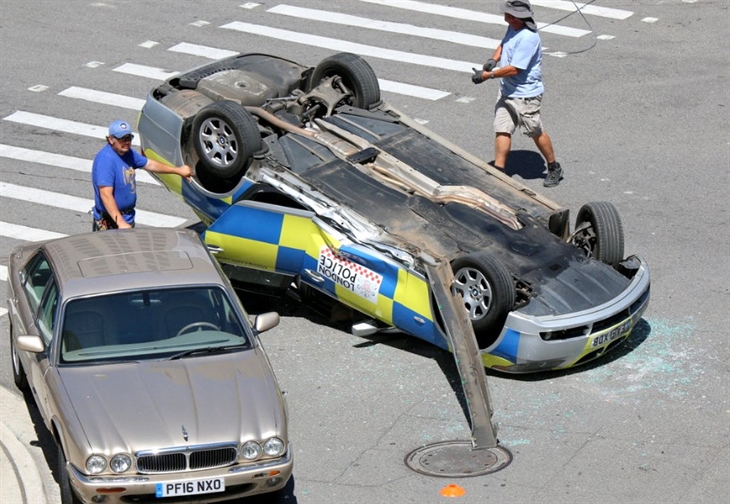 "The police car was supposed to flip and land on that Jag," tweets the photographer, "but it was still impressive." 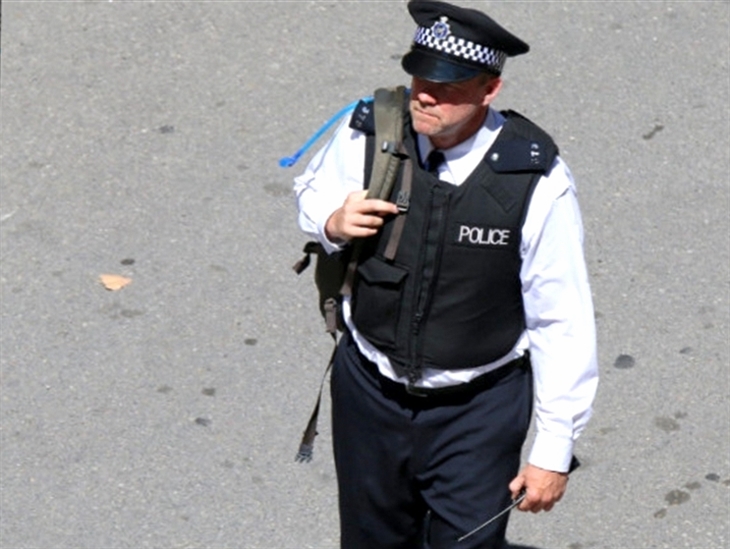