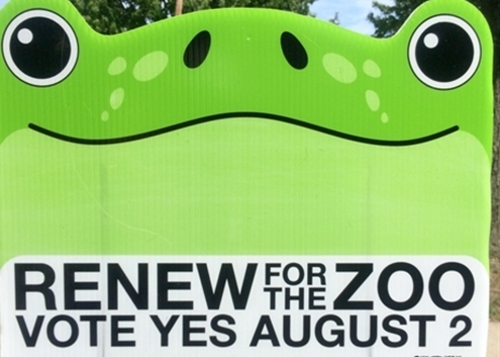 Wayne, Oakland and Macomb ballots Tuesday have a proposed renewal of a .1-mill property tax from 2018-28 for the popular attraction at Woodward and I-96.

The 10-year renewal is is widely expected to pass, based on strong support in 2008 and on 2015 polling by the zoo, the Free Press says. It quotes communications director Patricia Janeway:

"Likely voters in southeast Michigan feel passionate about the Detroit Zoo and its importance to the community in terms of value, uniqueness, childhood development and as a sanctuary in which people can experience nature."

Eight years ago, 74.9 percent of Oakland County voters approved the millage, 73.2 percent voted yes in Wayne and 66.5 percent did so in Macomb. It raises about $5 million from Oakland, $4 million from Macomb and $2.4 million from Wayne, The Detroit News reports.

One-third of the zoo’s annual expenses come from admission and concession revenues and about one-third from memberships, donations and grants. The millage supports the remainder, and allows expanded educational programs and upgrading of facilities, executives say. 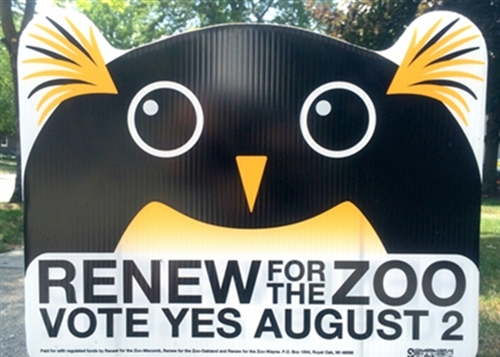 "The zoo . . . is one of this region's many cultural treasures.," says Crain's.
(Photo by Alan Stamm)

Here are excerpts from editorials:

► 'Improved and expanded:' The zoo has improved and expanded its facilities, enhanced its exhibits and found more ways to connect with the community. Perhaps more important, the millage allowed it to break away its management from the city of Detroit and operate under the direction of an authority, bringing efficiency and accountability. . . . Supporters of the zoo have kept up their end of the bargain, maintaining strong fundraising and philanthropic efforts. -- The Detroit News

► 'Important community ammenity:' Attendance has increased since the millage was passed. About 1.5 million people visited the zoo last year, up from around 1 million in 2008. . . . The zoo is an important community amenity, supported by homeowners for a minimal cost. -- Detroit Free Press

► 'Cultural treasure:' Let's not forget the zoo. . . The zoo is well-run, is continually adding and improving offerings and is one of this region's many cultural treasures. Voters should approve the millage. -- Crain's Detroit Business

► 'Worthwhile investment:' [The millage] was a worthwhile investment the first time around, and we encourage voters to vote yes on the renewal. The zoo is being managed well by the Zoological Society now that it is governed by the regional authority." -- Downtown Birmingham/Bloomfield and Downtown/Rochester