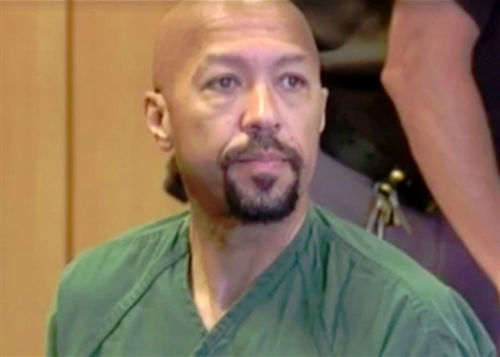 Friday was another bad day for former Detroit City Council President Charles Pugh, who sat in a sterile courtroom at the Frank Murphy Hall of Justice in downtown Detroit, clad in a drab green county jail outfit and black sneakers with multiple Velcro straps.

He nervously tapped his legs, and grimaced at times as the cramped crew of TV and news photographers pointed cameras his way.

In the end, Pugh’s  hard-hitting attorney, Delphia Burton, tried her best to dissuade Detroit 36th District Judge Deborah Langston from moving the case forward for trial, but she had zero luck

“It appears to me that Mr. Pugh is a gay pedophile…I am concerned about Mr. Pugh and children being together,” Langston said in ordering the case to trial. She said Pugh had turned the teen into his “sex slave,” and unofficial gopher.

“Mr. Pugh took advantage of him knowing full well that this 14-year-old boy would do whatever he needed to do, Mr. Pugh, to please you,” she said.

At the request of Pugh’s attorney, bond was lowered -- not as much as she had hoped -- from $500,000 cash to $150,000 cash. The judge ordered that Pugh surrender his passport and go on a GPS tether if he goes free. He also must stay away from males under 16, which is the age of consent in Michigan, except in schools, where it is 18.

The hearing opened the door for a new round of humiliation for Pugh, who was embarrassed by a stream of sexting messages that became public in an unrelated lawsuit involving a former Detroit Public Schools student who accused Pugh of sexual harassment and paying him to make a sex video. Last year, that former student won a $250,000 judgment from Pugh in a jury trial. He also won $350,000 from the Detroit schools. There was a criminal investigation, but no criminal charges were ever filed.

The testimony on Friday only stands to bolster the many unsubstantiated claims by people in the community that Pugh was a sexual predator who preyed on underage boys. Some of those expressing concern over the years include Detroit School Board members, who were concerned about Pugh being a high school mentor while sitting on city council.

At the start of testimony on Friday, the prosecution’s key witness calmly testified that at age 14 he was part of a musical group that went to Fox 2 to perform. It’s there he met Pugh, who came to greet the group in the green room.

The man testified that he introduced himself to Pugh, told him he was a fan and wondered if there were internship opportunities.

He said Pugh smiled and gave him a card and said to give him a call. Eventually, Pugh gave him an unofficial internship, which included being a gopher.

"I was gay. I'm not going to deny that," the man testified. He said he knew Pugh was gay and was impressed that he was a gay man going places.

In June of 2003, the man said, Pugh came to the house and met his mother. They then went on an assignment to cover a march to honor Martin Luther King Jr. 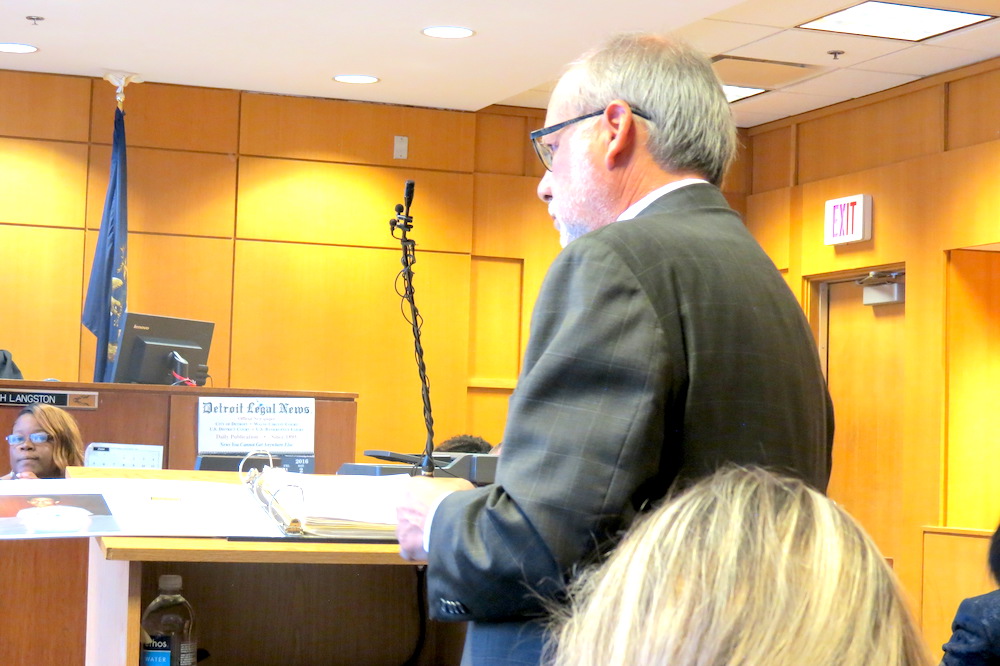 At some point, while they were in Pugh’s car, he said, Pugh complemented him and rubbed his thighs. He said he didn’t want to think too much about that because he didn’t want to mess up the good thing he had going as an intern.

Afterward, they picked up a desk for Pugh’s house from Art Van Furniture.

The man testified that Pugh noticed “I’m starting to get erect” and asked if he’d like to address that. He told Pugh, sure.

Afterward, the man testified that Pugh was initially laughing, but then said: “I could get in trouble for this. Don’t tell anybody."

From that moment forward, he said, he looked at “me lovingly.”

He also figured the sexual encounter only made him feel like that Pugh could never get rid of him as an intern.

During another visit, he described how they watched a video of Pugh and a man with dreadlocks having sex.  Pugh then asked if he was interested in doing that.

“I said ‘sure,” the man testified.

Again, he testified, that Pugh said not to tell anyone about it because he could get in trouble. 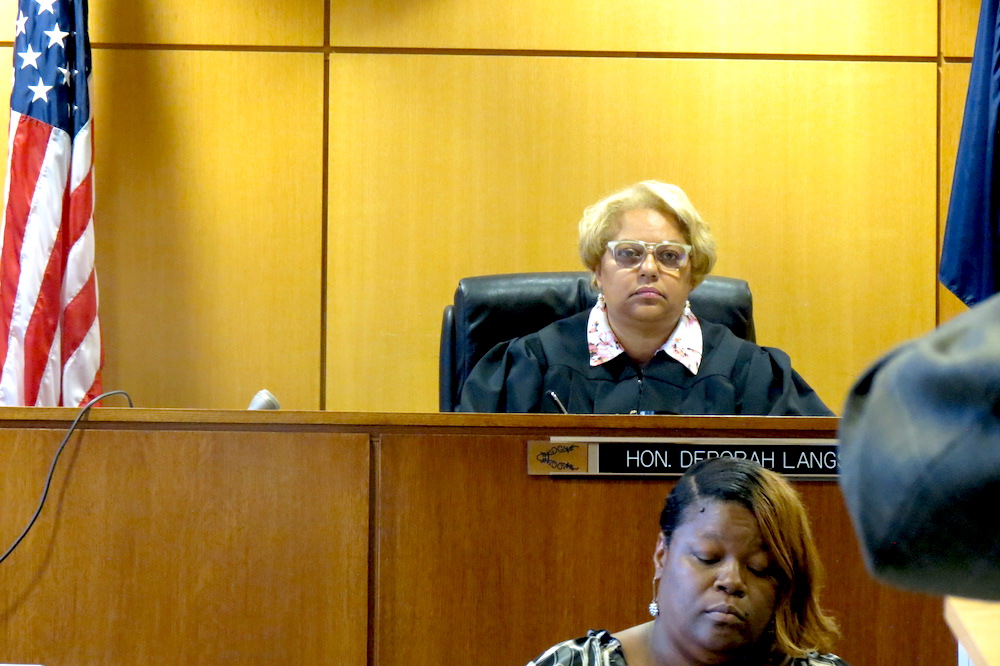 He said telling anyone would have only caused problems, including with his mother who was a church-goer who argued with him about being gay. He said his mother believed a teen couldn’t determine whether they were gay.

In 2005, when he was 16, the age of consent, he said he confronted Pugh and asked if he liked having sex with younger people. He testified that he had heard rumors that Pugh liked to mess with younger boys.

He said Pugh got mad and assured him he was special and that he didn’t mess with other younger boys.

The man said that he started to follow the lawsuit filed by the ex-student who alleged that Pugh sexually harassed him. He also mentioned seeing a report on TV, which was done by then-WXYZ reporter Ross Jones, who tracked Pugh down in New York.

Pugh denied to Jones having sex with young boys.

He said that really upset him because he knew Pugh was lying. He said that finally prompted him to come forward.

“I’m not going to let you do this to other kids," he recalled thinking.

He said he went to an attorney before going to police, which prompted Pugh’s attorney, Burton, during a cross examination, to accuse him of doing this all for money.

He insisted it was not for money. 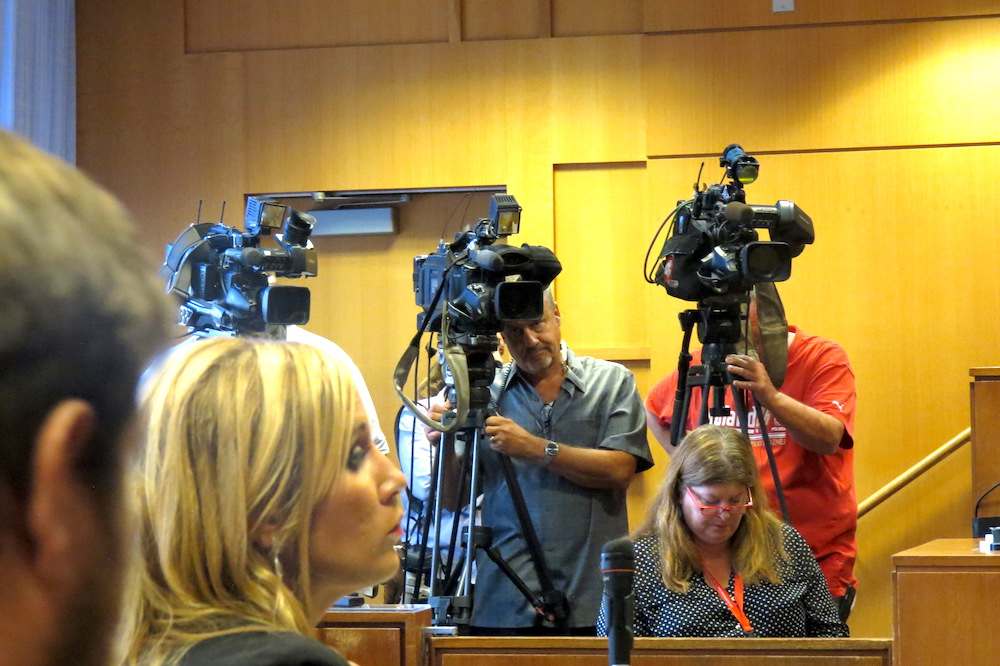 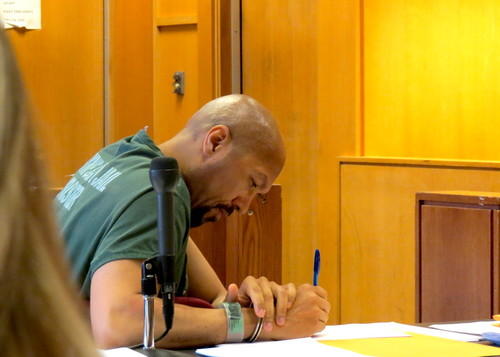