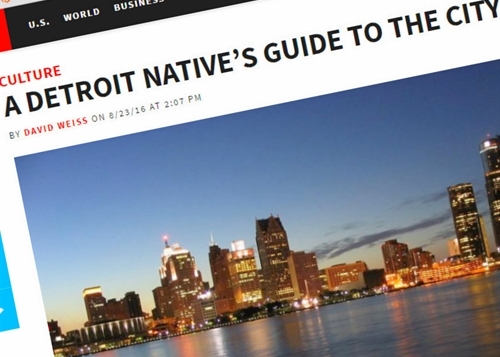 David Weiss of Los Angeles (aka David Was) grew up in Oak Park and attended the University of Michigan. He formed a band in the 1980s with fellow Oak Parker Don Fagenson (aka Don Was) called Was (Not Was). His father, the late Rube Weiss, was Santa Claus in the Hudson's Thanksgiving Parade.

In a travel article written for Newsweek  (right), he says Buddy's profits from a "generic version" of Detroit-style pizza. This response to an outcry is written for Deadline Detroit.

Okay, y’all haters, take a deep breath, a chill pill, a drink of Flint’s finest – whatever lowers your blood pressure. 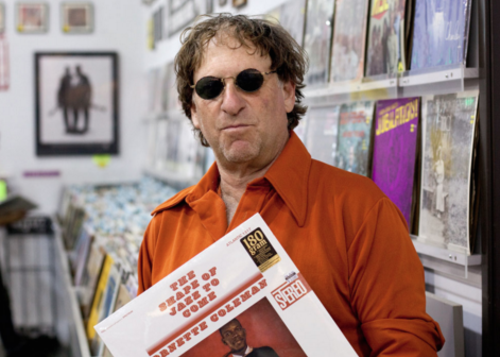 David Weiss (aka David Was)

First, a no-holds-barred apology to Buddy’s for implying that they were a knockoff, not an original.

My original copy extolled Loui’s while giving props to Buddy’s for being both more ubiquitous and popular with locals. An editor at Newsweek kept asking me “yes, but is it better or worse?” I was at a loss, frankly, then made a piss-poor decision and “changed the words that I was saying,” as Trump’s Katrina Pierson would say.

I didn’t mean generic -- I guess I should have said “mass-produced.”

My bad, plain and simple. But let me at least defend my Detroit-trained tastebuds, which were nurtured at the now-defunct Shields’ location on Conant, where a beer-infused greaser once demanded a piece of my precious pizza after opining that “it looks pretty good – mind if I have a piece?” Cowardice overcame hunger and I grudgingly granted the dude a slice, hoping his Harley would guide him gently into a brick wall afterwards.

I would later learn that the bossman at Shields – along with Louis Tourtois of Loui’s – was a former chef at the original Buddy’s on Conant, and started serving his version of the signature square pie after leaving his gig there. Sadly, I never had the worldly wisdom to try the Pizza Joint That Started it All. These were the pre-Yelp, pre-foodie days, but still, there is no excuse.

As a pizza historian and scientist, I am an abject failure (and as a fact-checker, too).

Still, allow me to take a moment to wax ecstatic over the crispy/sweet, caramelized crust of a Loui’s pizza -- the reason I would rather order two “smalls” rather than a large, to maximize the number of edges over internal slices. My first stop when I come home to Detroit is indeed a horse’s head away from Hazel Park Raceway on Dequindre, and I only bow to Buddy’s when my suburban siblings are too lazy to make the eastward trek to Loui’s.

And yes, even my own family takes issue with my preference for Mr. Tourtois’s version of the Detroit Square, insisting that they are basically the same recipe, and use the same pans for baking.

For the record, I own two of said blue steel pans (small and large), and have made dozens of woeful attempts to replicate the taste and texture of the hometown version, failing to get the hydrated dough right, the cheese, everything! (I also have a wood-burning outdoor pizza oven I try to make authentic Neapolitan pies in, with only slightly better results.) 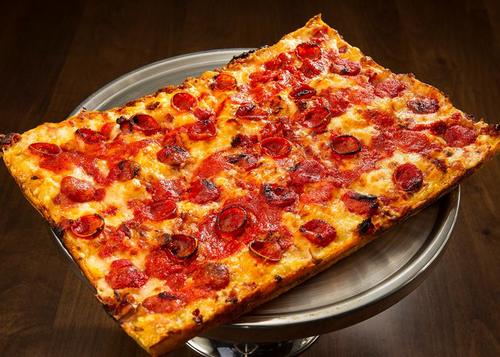 Lastly, I took it on the chin pretty hard for the rest of my Newsweek guide to the delights of Motown, which most commenters dismissed as a paean to the obvious – Greenfield Village, Lafayette Coney Island, Eastern Market.

I plead guilty to the above as well, but remind all of you hip arrivistes that my article was not intended for you latte-swilling loft dwellers living downtown, but for all of the Motown-fearing neophytes from Kansas and Colorado, unaware of the metropolitan area’s many cultural and, yes, gustatory virtues.

But finally, I must perforce prostrate myself before all of my fellow Detroiters (and the Two Jimmys of Buddy’s in particular), and beg forgiveness for my errors of commission and omission alike.

And since my eloquence has its limits (stupid songs about dinosaurs and such are indeed my true calling card), let me leave you with the words of Puck from Shakespeare’s "A Midsummer Night’s Dream." When in doubt, drop the Bard and leave people with the fleeting impression that you are at least a cultured hack.

If we shadows have offended,
Think but this, and all is mended,
That you have but slumber'd here
While these visions did appear.
And this weak and idle theme,
No more yielding but a dream,
Gentles, do not reprehend:
if you pardon, we will mend:
And, as I am an honest Puck,
If we have unearned luck
Now to 'scape the serpent's tongue,
We will make amends ere long;
Else the Puck a liar call;
So, good night unto you all.
Give me your hands, if we be friends,
And David shall restore amends.