Saying the Detroit Lions' new cheerleaders stir a bit of debate would be like saying the presidential race provokes mild passions.

"Having cheerleaders in any sport is just stupid, and sexist and dangerous," a Metro Times reader comments under associate editor Alysa Offman's critique Wednesday of "scantily clad women with pompoms." Others disagree.

Our linked summary (below) also sparks lively back-and-forths on social media and at the end of this article. A sampling from among more than 60 responses: 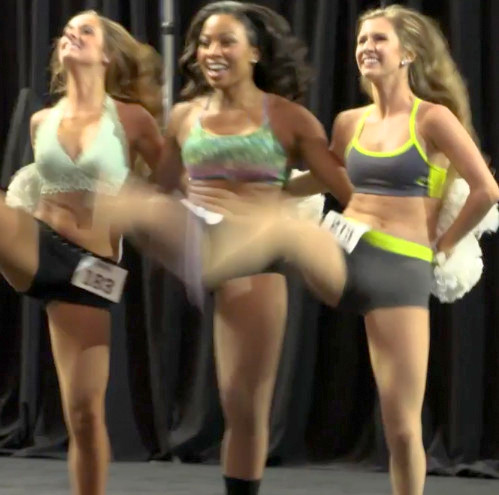 ► I asked my daughter: "Do you want to cheer others, or do you want people to cheer for you?" Answer was obvious to her and she's been an athlete ever since." -- John M. Schrieber

► No one is making these young ladies do this. . . . This is something that they want to do, and the exposure generally leads to other opportunities. -- Rebecca Thompson, Farmington Hills

► I can think of negative adjectives for cheerleaders, but barbaric and hedonistic are not the words that come to mind. -- Tony Thomas, Riverview [Note: The "barbaric" reference is to football.]

► There are more important things to get angry over. No one coerces these women into this profession. -- Bryan Ballantyne, Clawson

► MT advertising is inundated with sexually charged themes on almost every page, who is this writer fooling? -- Anthony Neme

► I was a cheerleader/PomPom girl in high school. We did it because it was fun. Any of us who moved on to it in college also did it for fun. Did it ever occur to anyone that these girls may also just enjoy this as recreation? And if they are looking for modeling work, commercial advertising or any other legitimate career and this is their stepping stone, who are any of you to belittle it? -- Amanda Gavalier

► I want to hear what these ladies have to say. . . This job is not a career job. It's a hobby job, much like being a musician. Done in spare time for a little extra scratch. . . . There are lots of us out there who do fun stuff because it's badass, and these ladies can do whatever they choose. -- Alison Boyd

► Having met some of these people, they definitely do it for fun and media exposure. There's no coercion going on here and the market will pay whatever these women are willing to accept. . . . The low pay makes sense when there's no scarcity of women willing to do the job. -- Antony Chen

► A lot of these cheerleaders are immensely talented as dancers, choreographers, and gymnasts. Maybe they have other careers, and the cheering is just a hobby. I'm getting sick of the focus on what women wear. -- Suzanne P. Scoville, Grosse Pointe

► Freedom. These women choose to do this. It may be all the things and more this article says. But if women want to do this, isn't that their right? -- Jeffrey Parry

► It is not cheerleaders bouncing around in short skirts with their cleavage showing that perpetuates the stereotype that women are less intelligent than men; it is articles like this trying to prove some asinine girl-power point. Thinking (or lack thereof) like this, Alyssa Offman, is what loses us women respect in the workplace. -- Marissa LaRiviere, Rochester Hills

► Yet Alyssa Offman writes for a publication with strip club ads, which seem to be the major source of income. Hmm. -- David Fusting

[Note: Under her essay, the writer responds to a similar comment from a Metro Times reader: "A legitimate question. However, I work in editorial and not sales, so I have nothing to do with the skanky ads." ]

► They should be paid more than $9-$15 an hour. I don't have a problem with cheerleaders in general . . . [just] the lack of compensation for something that is extremely difficult and most of us couldn't do. -- Linda Ferrante, Waterford

► They should be paid well -- really well -- since [the Lions] are resorting to this to bring in fans. They aren't coming because of the wins. -- Kathryn Duprie, Wayne

► True feminism is supporting the choices of women. I just wish they were paid more than $3,500 a season given the amount of work the job takes. -- Ashleigh Maisano

► They should get $1,000 per game, bonuses for wins and sellout crowds, and health insurance. It's business and they bring revenue to the team and game. . . . They are a part of the show, providing a service for the public to cheer on their team. -- Myron Lemon, Detroit [two comments]

► If they don't like the wage, then don't sign up. No one has held a gun to their heads demanding they dance. Pick a different profession. -- Eric Rezentkowski 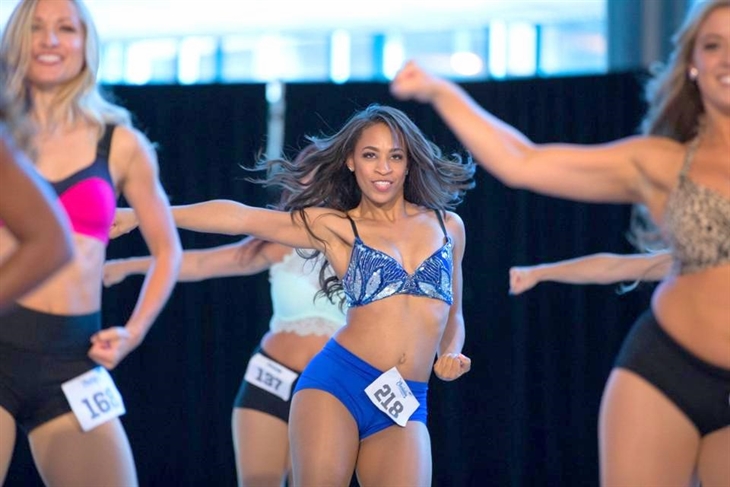 "I grapple with my annoyance.," she writes in Metro Times, where she's associate editor.

Offman, the top editor at Real Detroit Weekly when Metro Times bought it in May 2014, recognizes that "women have a right to use their bodies for financial gain" as exotic dancers, models, sex surrogates, cheerleaders "or any other career in which their body serves as a source of income." 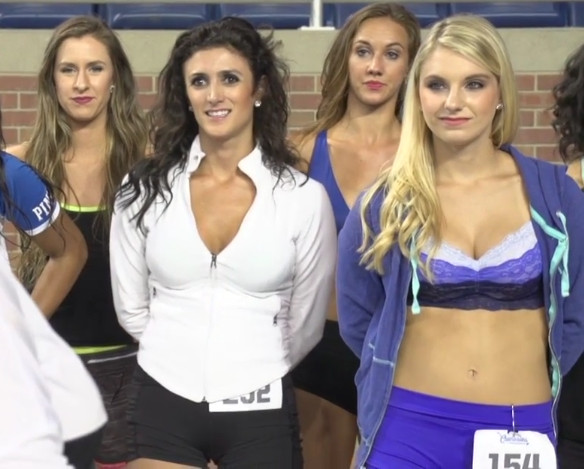 Large concerns nag as the Lions join 26 other NFL teams with paid cheerleaders on the sidelines at each game. Offman, a 2010 Wayne State media studies graduate from Wyandotte, writes:

This fall and winter, hundreds of women will stand on the sidelines of a major sporting event, with hair high enough to touch heaven, with boobs pushed up to their chins, and with a swatch of sparkly fabric barely covering their rears. They'll be cheering on hulking, muscle-bound men as they ram into each other until their brains detach from their skulls.

If that doesn't sound ever-so-slightly barbaric and hedonistic to you, then my guess is that we're probably not on the same page about most current events. . . .

These women will probably be making something close to minimum wage, pennies compared to the millions the players rake in each year. They'll be paid hourly, rather than receiving a salary, despite being required to stay in shape and meet weight requirements throughout the season.

In 2016, most professional football organizations paid their cheerleaders between $9 and $15 per hour with match fees from $60 to $200, which means the most these women will walk away with is around $3,500 a season. So, we're not exactly talking lap-of-luxury here.

By the end of her essay, headlined "The case against cheerleaders," the Metro Times writer no longer seems to "grapple with my annoyance:"

This is a role model for young girls: A woman who dresses in a barely there outfit, gets paid a tiny percentage of her male counterparts' salary, and does it all without a single complaint.

So yes, she has a problem with that.

► Do you see a problem? Tell us below or at our Facebook page. 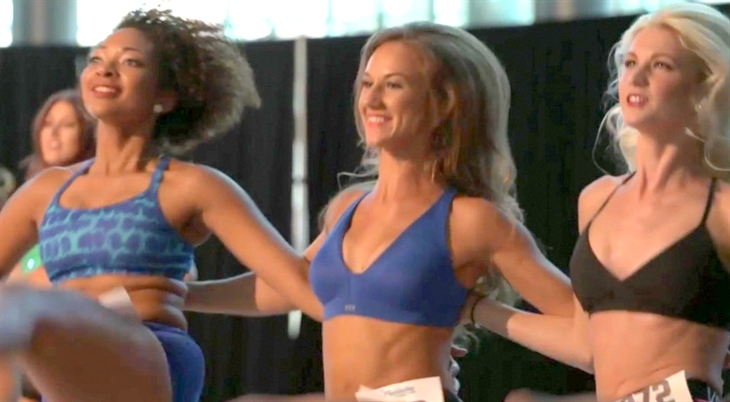