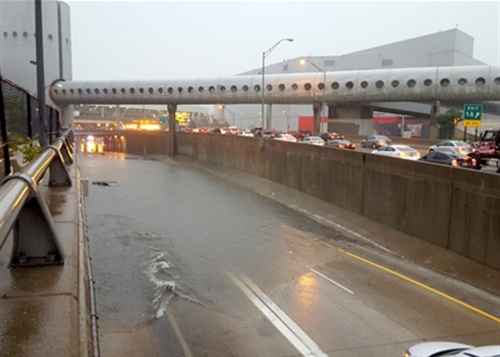 Parts of four freeways -- I-75, I-94, the Lodge and the Southfield --are closed. Mike Campbell of WWJ tweets dramatic photos and video, embedded below. 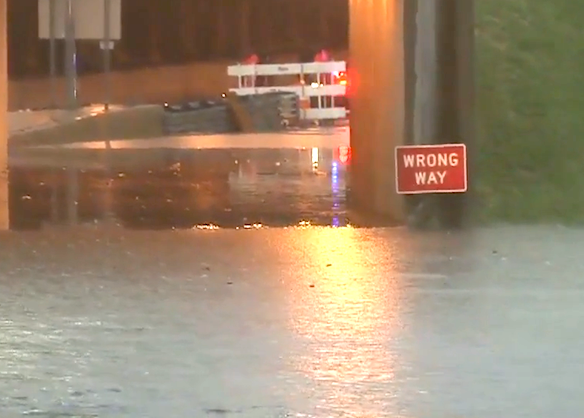 Motorists had to be rescued from their vehicles Thursday morning after torrential downpours caused extreme flooding on the Lodge Freeway under Cobo Center in Detroit.

Detroit Police spokesman Michael Woody has a message for anyone heading downtown via the Lodge Freeway, M-10.

The flooding is especially bad underneath the Cobo Center, where some vehicles are nearly completely underwater. . . .

Even heavy construction equipment that was brought in to remove the waterlogged vehicles ended up getting stuck in the flood waters. 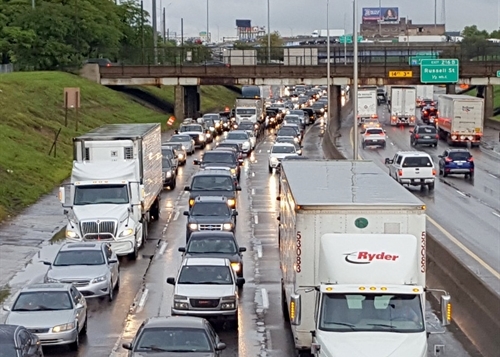 The National Weather Service extended flash flood warnings through 2:15 p.m. Thursday for parts of Wayne, Oakland and Macomb counties "due to a persistent band of thunderstorms."

“There were three vehicles that were actually trapped underneath Cobo Hall. Troopers and local fire were able to get all three of those parties out..”

Twitter is awash in posts about the situation., A sampling:

Haven't seen any flooding too bad off the Grand River corridor. Nothing like at Cadillac and Canfield #DetroitFlood pic.twitter.com/xgJceaLHgY

TRAFFIC ALERT: More flooding problems -- Northbound M-39 at Michigan is now closed due to water over the roadway. https://t.co/5lYVyyeAWt

Cars are stranded in flood water on Detroit's side streets on the east side. pic.twitter.com/mOIIislnSK