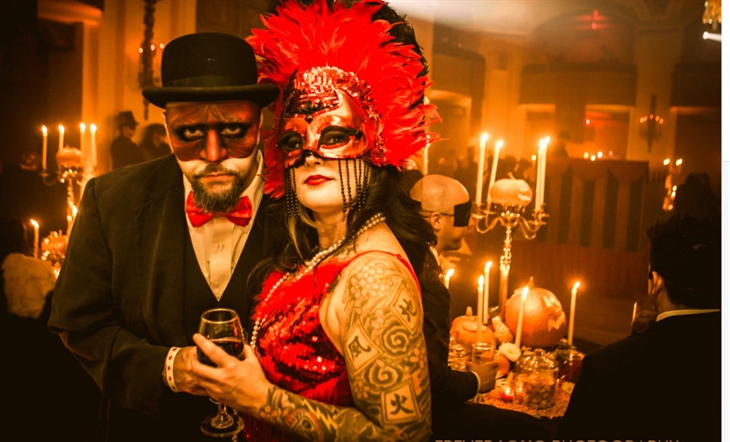 Clowns at John Dunivant's upcoming events at Masonic Temple won't be the cheesy, prank-pulling kind in headlines lately. That doesn't mean they won't look creepy, though.

Dunivant is co-founder of Theatre Bizarre, a legendary Detroit blowout that has climbed from cult status to slick magazine coverage. 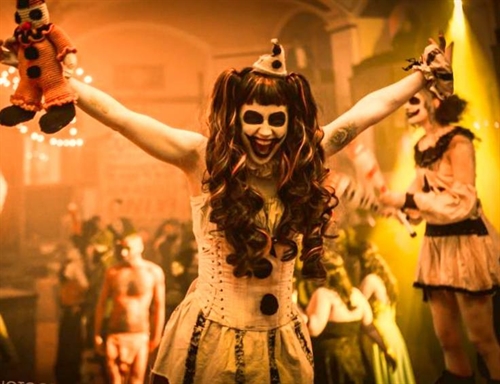 Over-the-top understates many of the elaborate costumes and makeup.

"Book a flight to Detroit for what may be the best costume party of your lifetime," says Travel + Leisure, calling it "the world’s most spectacular masquerade party.

The bacchanalia (expanded to two weekends this year) is so popular that all $260 tickets to Friday's opening gala are gone and the closing night may be full soon, a Facebook post late Tuesday indicates: "Tickets for the Oct. 22 show are close to selling out." Admission that night and this Saturday is $95. A second gala Oct. 21 is $260. 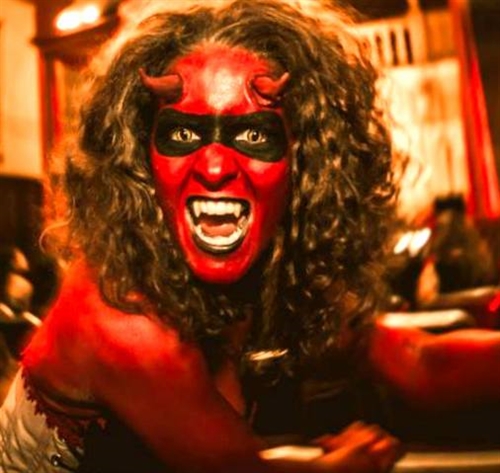 Another 2015 reveler at Theatre Bizarre.

The party unfolds simultaneously in painstakingly detailed rooms on eight floors of a gigantic neo-Gothic building that is home to the world’s largest Masonic Temple. It’s the realization of an adult child’s imaginative, playful, abstract dark carnival world. . . .

Thousands of masqueraders—some coming from as far as Japan, New Zealand and the U.A.E.—have devoted months and hundreds of dollars to devising an original look to compete with the legions of faithful revelers who return each year.

Dunivant began producing Theatre Bizarre in 2000, when he and a group of friends got together to create artistic decor for a Halloween party at a friend’s house. Eventually, the event grew so big and popular that it had to find a permanent home.

Live music will be provided by the Gabriel Brass Band and David J, performing as M.C. Nightshade, and the Theatre Bizarre Orchestra. 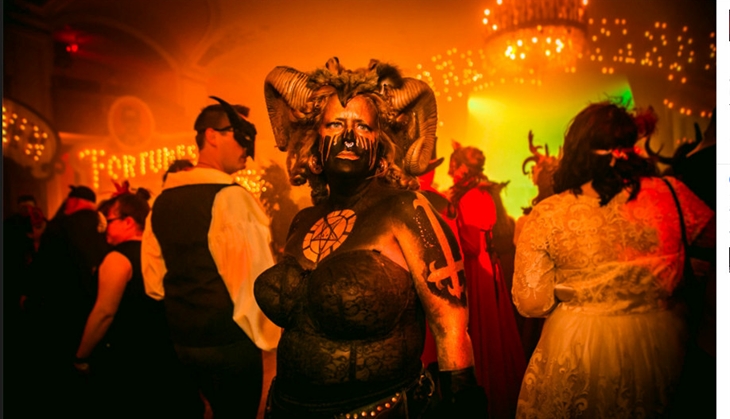