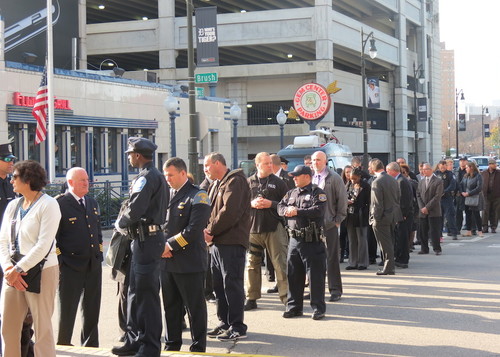 On the last day of November, on a weather-perfect, fall day, citizens, along with federal, state, city and local law enforcement officers and agents from around the state and beyond, gathered at Ford Field in downtown Detroit to pay respect to Collin Rose, the young Wayne State police officer gunned down last week on a Detroit street.

There was a line of people outside the stadium in the late morning, sometimes as long as 60 or so deep. Inside, a line snaked around the concourse, sections 100-101, with people waiting to sign their name in a book and glance at the flag-draped coffin guarded by two police officers clad in ceremonial garb and police helmets. The family had requested that there be no media photos inside. 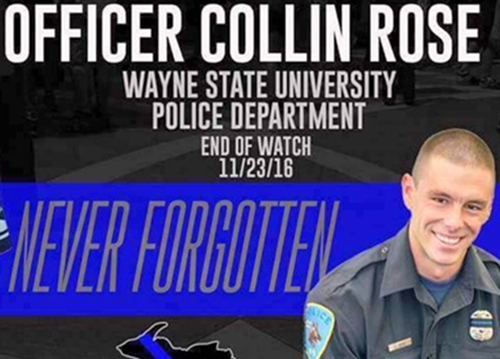 Police cars lined the streets around the stadium from departments including ones in the Upper Peninsula. And there were K-9 dogs all around.

The public visitation takes place at Ford Field from 11 a.m. to 5 p.m.

Shuttle transportation from Wayne State’s main and medical school campuses will be provided from 10:30 a.m. to 6 p.m. Free parking is available in the St. Antoine parking deck.

The 29-year-old law enforcer's funeral mass is Thursday at St. Joan of Arc Roman Catholic Church, 22415 Overlake St. in St. Clair Shores., starting at 11 a.m. Hundreds of police officers, sheriff's deputies and state troopers from around Michigan and beyond are expected  to provide an honor guard.

Burial  will be at Resurrection Cemetery in Clinton Township.

Kaul Funeral Home in Clinton Township posts those details and a short obituary. An online guest book has more than 250 tributes.,

Survivors include his parents, Randall and Karen Rose of Kalamazoo; a brother, Curtis; and fiancé Nicole Salgot of Detroit.

Another memorial mass is scheduled next Friday at 11 a.m. St. Ann Catholic Church in Augusta, Mich.

Rose was fatally shot in the head Nov. 22 by a bicyclist he stopped in the Woodbridge area across the Lodge Freeway from WSU's campus. He died the next day at Detroit Receiving Hospital.

DeAngelo Davis, a 31-year-old arrested three hours after the shooting a few blocks away, was arraigned Friday. He was convicted of assault in 2010 and 2011.

Rose's family says memorial donations can be made to any of these police charities or animal assistance nonprofits:

His fiancé, studying to be a veterinary technician, works at Detroit Dog Rescue, a no-kill shelter and rehabilitation center on Harper Avenue that Rose also supported. 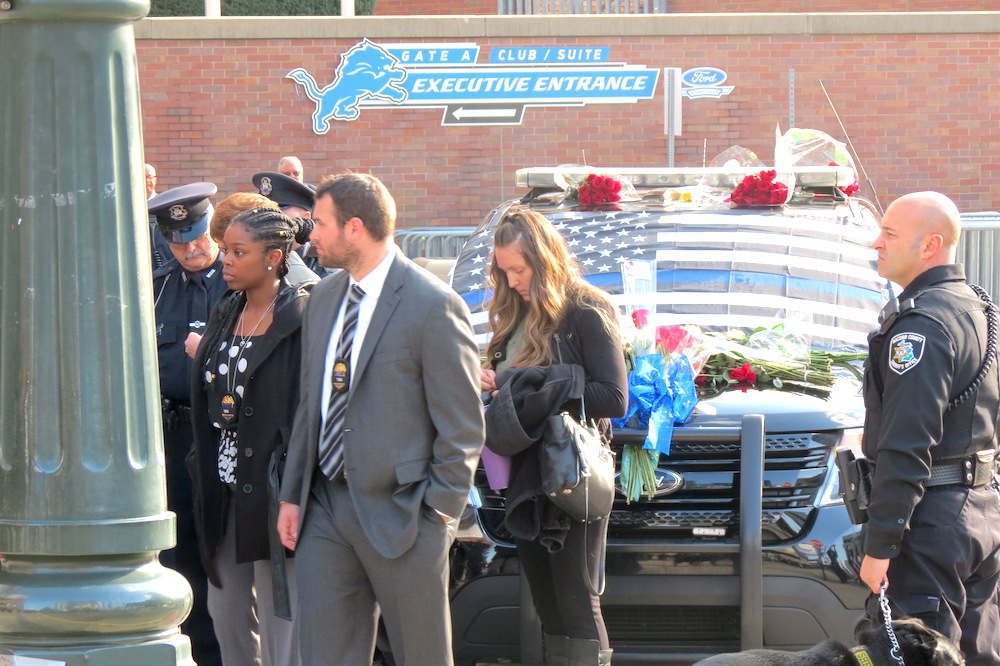 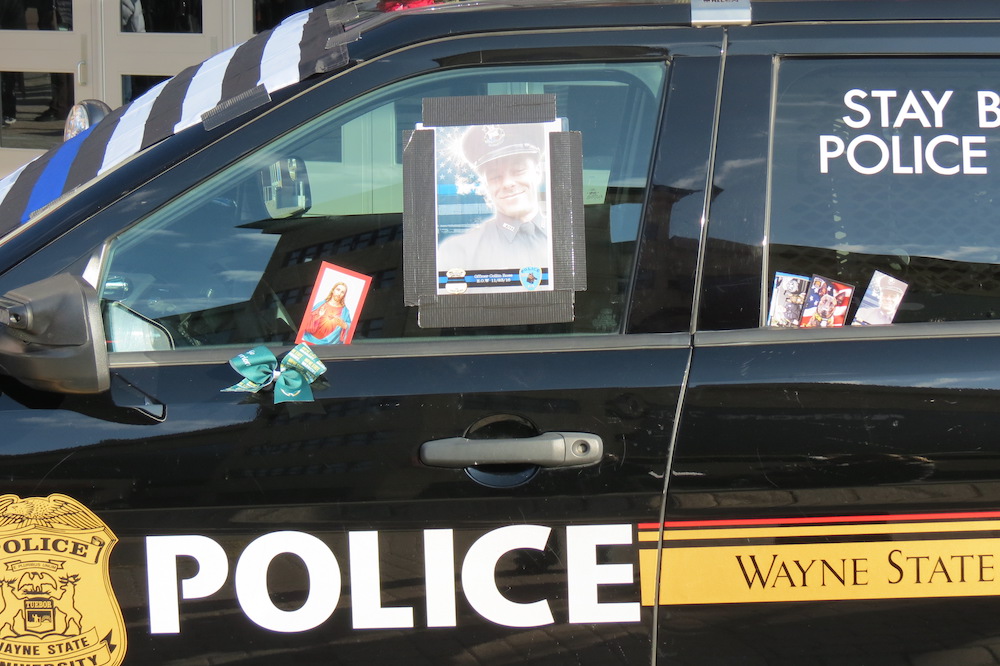 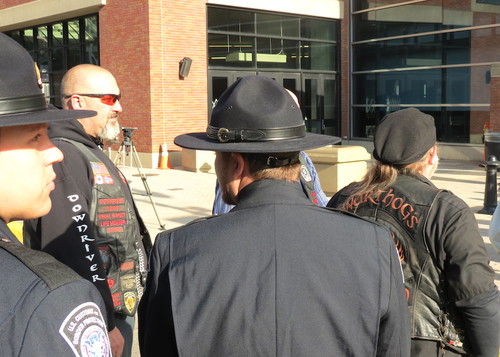 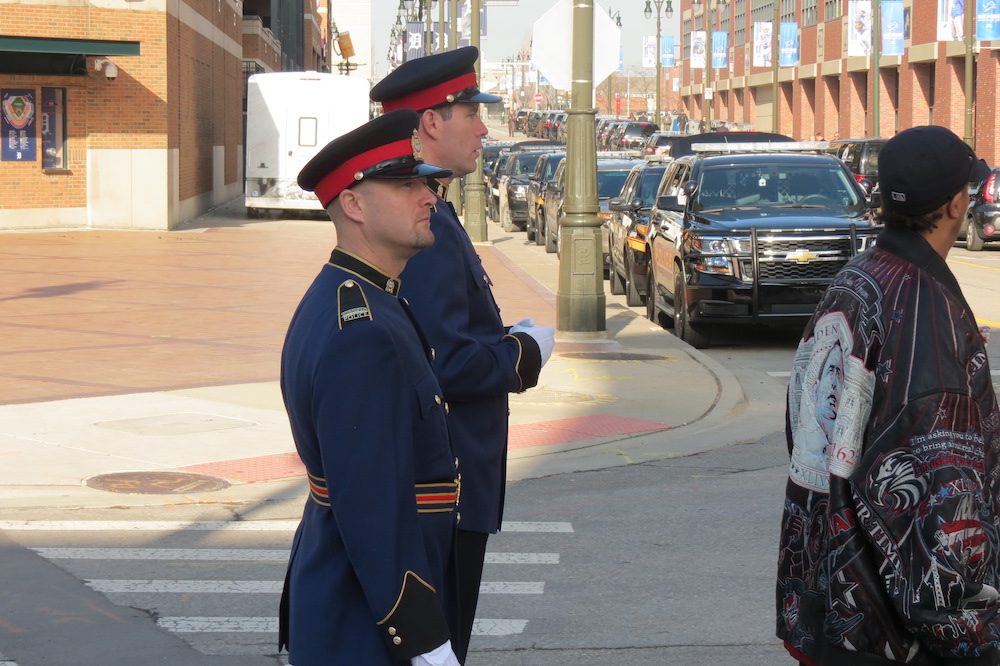 These officers came from Winnipeg, Canada 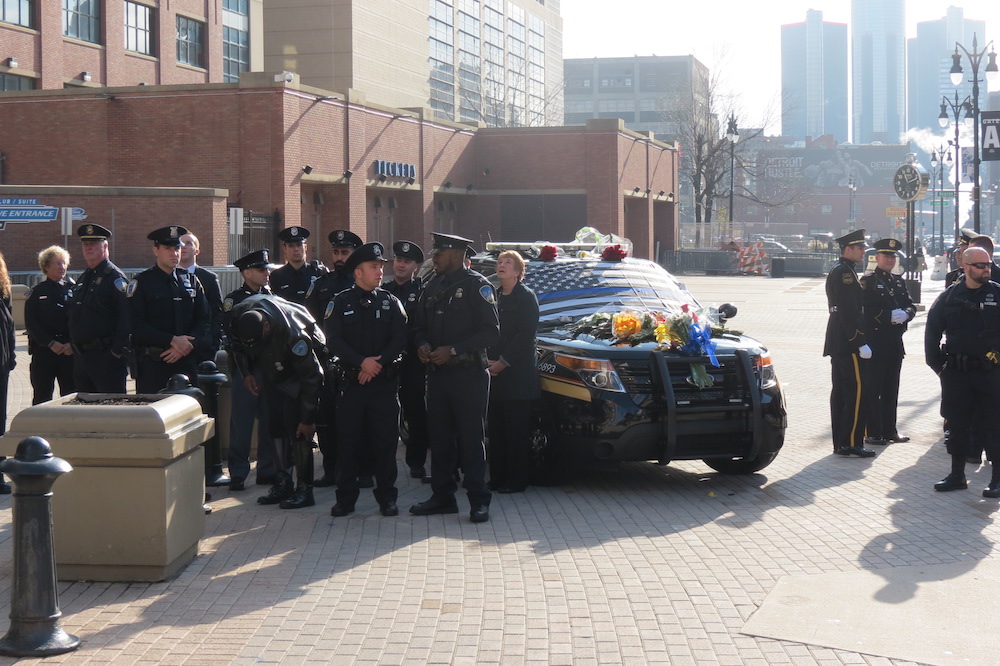 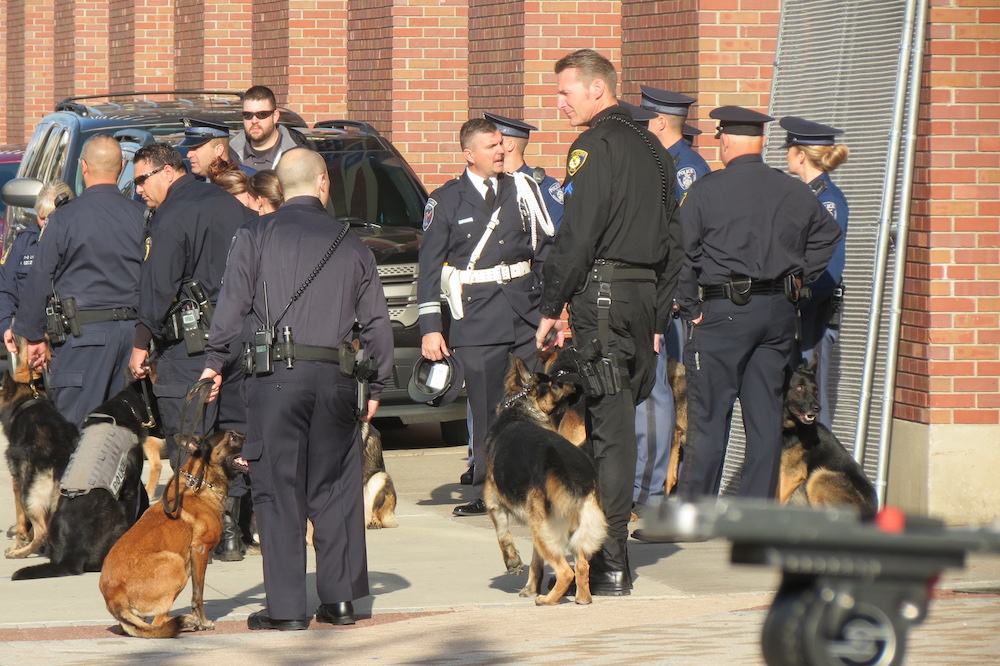 There were K-9 units from many different departments. 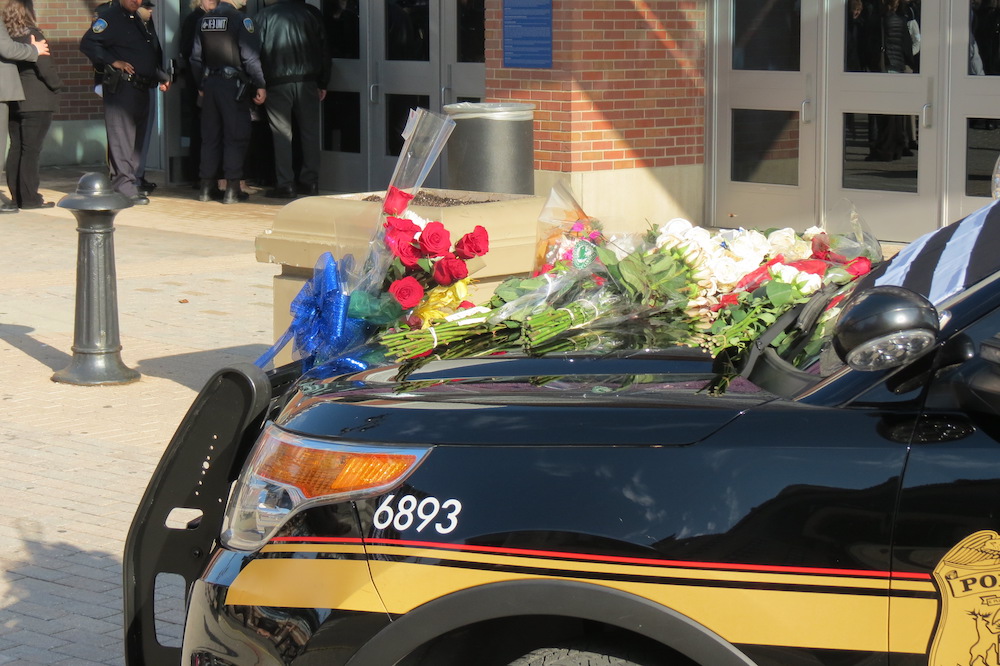