Detroit Educator: How Will Trump's Behavior Affect Our Children?

The author, a Detroiter, has several decades of experience in education, most recently as an education consultant and literacy coach for school districts, community organizations and public school academies. Earlier, she taught and was an assistant superintendent for Highland Park Public Schools. She earned a doctorate in reading education from Oakland University.

By Jonella A. Mongo

Now that the reality of the 2016 presidential election has started to settle in, Americans are still reacting with everything from sheer jubilation to angry protests across the country. 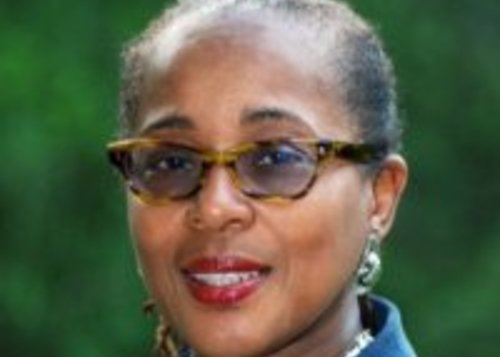 Like millions of other voters, I was shocked Hillary Clinton would not be the 45th president of the United States. My sadness turned to anger and on to disappointment we would have to endure four years of a Donald Trump presidency.

Then I thought “What about our children?” What must they think of the outcome of this election? How will they manage and process the fact a bigot has been elected president? How can parents and educators empower children to challenge hatred, injustice and fear promoted by Trump?

After the election, several mothers and fathers I know reported their children’s reactions including a seven-year-old who was extremely upset, she had been looking forward to a “girl president” and attending the inauguration.

Another parent shared how her kids were in “sheer disbelief,” the 10 year old was prepared to “move to Canada,” and confused that they would remain in America.

While the thirteen-year-old was frightened by the ways she thinks Trump’s “promotion of hatred” would limit her ability to be “exposed to and forge relationships with other racial and ethnic groups.”  This preteen is angry an “unqualified man” could win, and believes that not just racism, but sexism was a factor in the election.

Another mother mentioned the crisis letter sent home by a school district to help parents address their children’s fears, as students were afraid for their families, and feeling intimidated by classmates wearing Trump t-shirts and hats. One high school student talked about how his teacher “seemed happy” and how conflicted he was that “this bigot got into office.”

Can Pupils Forget What They Heard?

Depending on their age, many of our young people recognize unfair treatment, prejudice or discrimination against themselves or others.

So this severe onslaught of blatant racism, sexism, homophobia and misogyny demonstrated by Trump and his supporters during the campaign continues to disturb them. Are they to forget about what they saw and heard just because Trump is president-elect?

I certainly have not forgotten the images of dogs and water hoses used to attack civil rights marchers during the era of George Wallace and Bull Connors. Is this the America we want embedded in our children’s minds?

Youngsters understand what a bully is and realize the playground bully should never be elected president of the school’s student council.

This bully mentality will continue to stress-out children, particularly in communities where elected officials, school personnel and parents will not take a stand against this destructive behavior.  Since the election, the Southern Poverty Law Center has reported over 400 incidents of harassment or intimidation. In one school students felt comfortable chanting, “build that wall” and hateful words and signs have been spray-painted on schools and churches around the country.

Like generations before who survived the horrors of slavery, wars, and natural catastrophes, our resilient, wise children will as well.

But that does not mean adults should not make every effort to protect children’s right to safe, secure environments, free of intimidation and harassment.

If young people learn anything, it is the significance of voting, and the importance of standing up to bigotry and hatred.

That they come to understand how important it is to behave based on “love” and not “fear.” With a lot of hard work, we can all lift ourselves out of the disappointment and dismay of a Trump presidency and find positive ways to help make America a better place to live, especially for all children. Hopefully, president-elect Trump gets this message sooner than later.