Detroit's People Mover, the automated monorail looping through downtown since mid-1987, sometimes draws ridicule over its limited length (2.9 miles), one-way travel and sizable subsidies ($12 million annually from the city and state). But to a University of Michigan art professor, it's a source of literary inspiration. 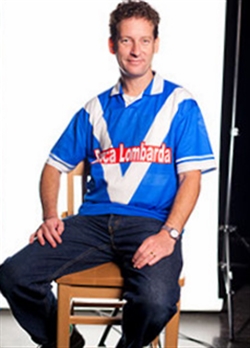 Nick Tobier says the monorail initially "made me think of RoboCop." (University of Michigan photo)

Nick Tobier invited Michigan artists and writers to get off at one of the 12 stops and reflect on “anything that would not be in a tourist’s guide to the city.” as he puts it.

"The outcome is an introspective journey of Detroit geography and culture," says a university release about "Looping Detroit: A People Mover Travelogue," a 118-page paperback published by the University of Michigan Library.

Sydney Hawkins, an arts and culture communications manager at UM. speaks with Tobier about the book of essays, poems and photos that he compiled and edited. His goal was to look at Detroit and the People Mover in its 30th anniversary year. She posts:

A native New Yorker, Tobier’s work as an artist is inspired by street life and the social life of public places. He started working in Detroit in 2004 after joining the Stamps School [of Art and Design]. He has worked in Detroit Public Schools for more than 12 years and has taught classes and led many projects in the city during those years. He recently spearheaded Stamps’ Brightmoor Maker Space, due to open early 2017. 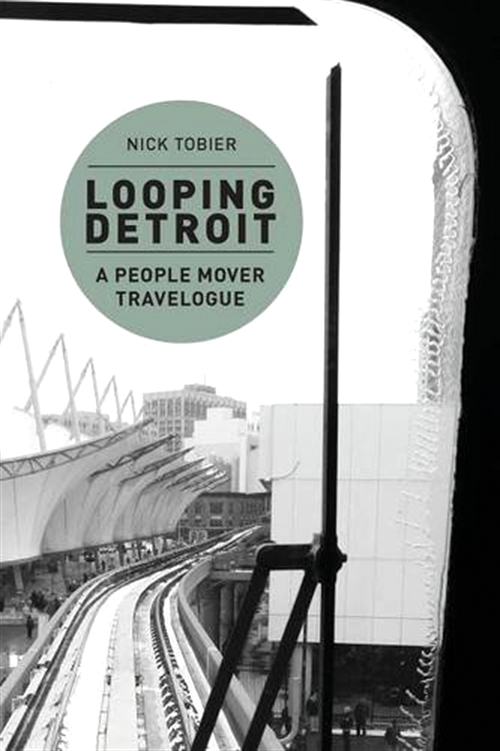 A publisher's blurb says each of the 15 project participants was invited to "ride the small loop as an explorer, mining the environs around each station as a poetic ramble, a psycho-geographic wander, a cultural inquiry that simultaneously ponders the poetics of circulating above the city streets while probing the greater narrative of Detroit's public transit conundrum."

Tobier tells Hawkins that at first, while living in Lafayette Park during a summer between semesters, the People Mover "made me think of RoboCop—one of my earliest Detroit references—this unmanned, empty city and then this thing that looked like a toy, an airport shuttle, a Disney ride transporting people a very short distance from one place to another."

Now, after "on-the-ground explorations and observations" with his book contributors, Tobier says: "I really is remarkable how many places underneath or next to the People Mover have incredible social ecosystems."

I started to frame my thoughts in terms of the gentrification downtown and what the People Mover represents in that sense.

I was interested in weaving many narratives together for a general but critical art/planning/urban affairs readership at a time when Detroit’s downtown development is booming.