Former Judge: The Killer Opiate Epidemic and Our Urgent Need to Get Involved 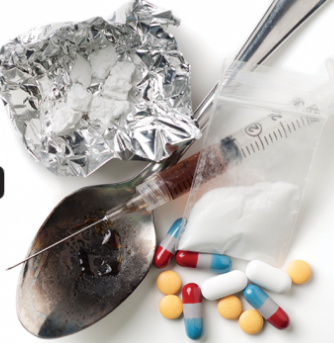 The first known description of the opiate poppy occurred in 3400 BCE in a picture on a Sumerian cuneiform clay tablet that was found in an area just south of what is now Baghdad. It contains the words, 'the joy plant.”

Whatever joy the Sumerians thought the poppy brought, opiate use --  heroin and opioid pain relievers like oxycodon -- is now an epidemic, not just in Michigan, but across the United States.

In just the past three weeks:

This is a growing epidemic, and as Governor Rick Snyder said in his State of the State: Heroin overdoses have more than doubled in Michigan since 2009.

Read that again: More than doubled in less than a decade.

And Michigan is not alone. According to the U.S. Surgeon General, 78 Americans die everyday from an opioid overdose. Overdose deaths are now greater than the number of deaths from car crashes.  In 2015, for the first time, deaths from heroin alone surpassed gun homicides.

This epidemic starts with drug manufacturers and distributors like McKesson Corporation which supply the  “pill mill” clinics in states like Michigan. Just this month McKesson was ordered to shut down its distribution centers in Michigan, Colorado, Ohio, and Florida, and pay a $150 million fine for mishandling its distribution of opioids and failing to implement a system to detect and report suspicious orders.  Of 1.6 million controlled substance orders processed at its Colorado site, the company only flagged 16 as suspicious.

Once hooked on the pills, people with substance use disorders soon learn that heroin is cheaper; 75 percent of heroin users started out abusing prescription opioids.

Each step on the way to heroin is triggered by an ever increasing physical and psychological need.

Dr. Seddon Savage, an addiction and pain specialist at Dartmouth College, says people become addicted to opioids very rapidly. Opiates cause the release of dopamine, the substance in our brain that creates intense pleasure in the limbic system. "This is a very ancient part of the human brain that's necessary for survival….All drugs that people use to get high tickle this part of the brain,” said Savage.

Ending the cycle of addiction is very difficult without serious treatment.

"For people who don't get intensive treatment, people who are just detoxified [from opioids]," says Savage, "relapse rates can be above 90 percent.”  So, locking opiate users in prison simply doesn’t work.

This is not to say that there are not ways to help slow this rise in opiate addiction or that the criminal justice system has no effective response.

The drug treatment court movement leads the way to fairer sentencing of defendants who are addicted to all forms of drugs, including opiates.

The Michigan Association of Treatment Court Professionals is the driving force behind this movement in our state. Their 18th annual training conference will be March 14-15 in Novi. Hundreds of criminal justice professionals and treatment community members will hear about new research and sentencing approaches. (Learn more here.)

Just this month the Macomb County’s sheriff office started a new initiative called Hope Not Handcuffs.  Working with the volunteer organization, Families Against Narcotics (FAN), anyone can bring their drugs in to a police station for destruction without fear of arrest, and a law enforcement officer will call a FAN “Rehab Angel" to help get them into a treatment center.  The FAN website is a useful place to learn more not only about this program, but where people can get help for members of their family who are addicted to opiates.

Learn more, volunteer, call the legislature, get involved. Our children are too important to lose to this epidemic.