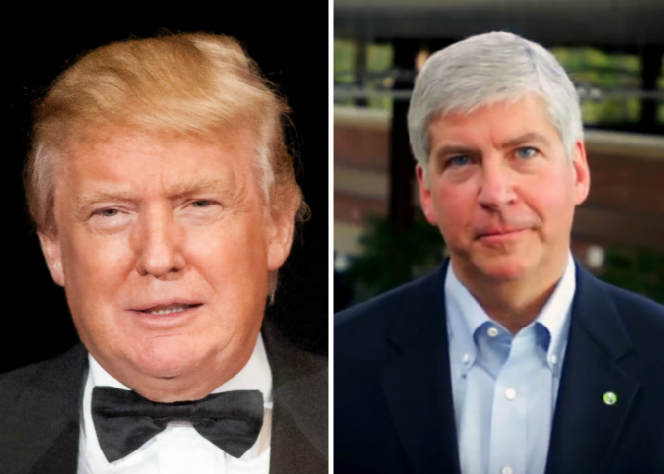 A poll of 600 Michiganders shows that Gov. Rick Snyder, whose political career has hit some bumpy times since the Flint water crisis, gets a higher approval rating than President Donald Trump who won the state in the November election, the Detroit Free Press reports.

The poll, conducted by Lansing firm EPIC/MRA from Jan. 30-Feb. 2., found that 39% of those surveyed view Trump favorably while 48% said they have an unfavorable view.

The poll shows Trump holds onto the base of voters who supported him in November. But his intense, chaotic first two weeks cost him support among women and independents.

“But he seems to be tweeting his lead away.”