This "open letter" to University of Michigan President Mark Schlissel is reposted from The Michigan Daily with the writer's permission.
The author is a post-graduate instructor in the College of Architecture and Urban Planning. He has a UM doctorate in American history (2014) and master's degrees from Kent State and Ohio State.

This semester I am teaching a course titled “Resisting State Violence: Race, Policing and Social Justice in 20th Century America,” offered in the departments of History and Afroamerican and African Studies. As an instructor on race and racism, I try to offer all of my students space to talk frankly and historically about current events -- whether the conversation is about the relationship between past immigration policies and President Trump’s executive order banning refugees, or the recent racist and anti-Semitic emails sent to engineering and computer science students.

We talked about those emails, as well as the incident concerning the defiled prayer rug in the Shapiro Undergraduate Library Reflection Room in class.

Many students of color were upset. Many of them, along with their white peers, expressed the same concern and anger as those who gathered in front of your house shortly after the emails were received.

Multiple students expressed a lack of confidence in the Diversity, Equity and Inclusion (DEI) plan and the University of Michigan’s ability to identify perpetrators of violent speech. Some even went as far to say that it may take someone getting hurt before the University would take recognizable action. Those comments troubled me and I am sure they would trouble you. 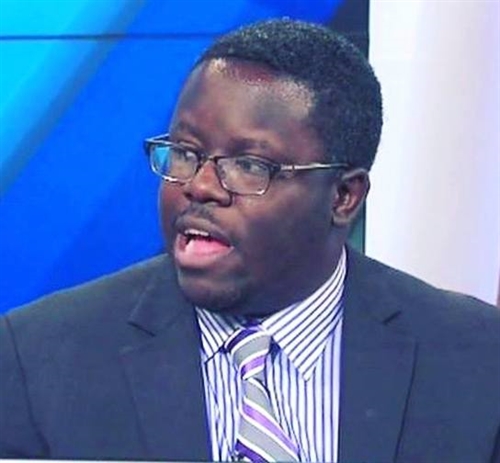 Austin McCoy sees "a persistent gap in trust between some students of color and the administration." (Facebook photo)

I understand that such comments could sting, but they illustrate a persistent gap in trust between some students of color and the administration, despite the University’s DEI efforts. Many will not deny the University’s long-term DEI plans or your willingness to offer assurance via email and in person. I even recognize your efforts to support undocumented students in anticipation of changes in federal immigration policy.

But several of my students also see that the University does not appear to be able to prevent the hateful acts targeted at marginalized communities on campus.

Another sentiment that some students of color expressed is one that civil rights activist Fannie Lou Hamer famously uttered in a 1964 speech: “I’m sick and tired of being sick and tired.”

Some spoke of being tired with hearing the response, “We are investigating,” with little update or ability to locate racist, Islamophobic, misogynistic and anti-Semitic trolls. Some of the students in class expressed how they were growing tired with appealing to administration to little effect on their lives. Some even expressed how they were tired of you asking them what you could do.

They are obviously seeking inspired leadership, at least. They also desire tangible changes and results, sooner rather than later.

So, what can you do? Unfortunately, I do not have any answers. I wish I did because we all want everyone here at the University to work and live in an environment free of racism, Islamophobia, anti-Semitism, misogyny and other forms of oppression.

What I heard in class is a desire for clearer and more constant communication. The students I listened to effectively said that responses that point to the broader context of bigotry in the country are insufficient.

They are looking for you to talk directly about these incidents in a manner that illustrates a constant engagement with their daily experiences. They understand campus and outside authorities may be investigating. But, maybe some students of color would appreciate more continual updates about investigations and the University’s efforts to prevent hateful incidents.

And I understand there may be legal and institutional limits to such a request, but the more communicative and transparent you can be, the more you can close the gap in trust. As you know, closing this gap in trust between students of color and the administration should garner more buy-in and goodwill for DEI efforts, but it will also be the key toward building a more inclusive and equitable campus climate for years to come.