The presumed murder of Danielle Stislicki after she left work Dec. 2 remains an unsolved mystery. But it's not a cold case.

Detectives reportedly focus on a former security guard at MetLife in Southfield, where the Farmington Hills woman worked, Ron Savage reports at Fox 2 (video below). 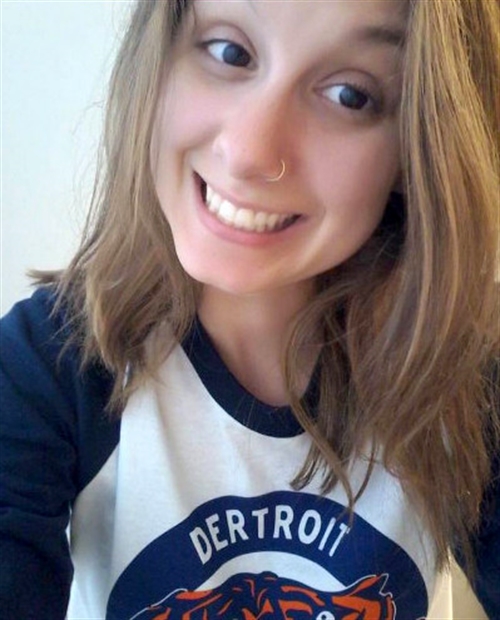 The guard, who lives in Berkley, "has been interviewed in connection with the disappearance," says the TV newsman, who speaks with the suspect's sister-in-law.

"It's not looking good, it's just not," says Elizabeth Newton. "She's still missing and he's still not said any bit of truth to the police." . . .

Just before Christmas, investigators armed with a court-ordered warrant searched [the guard's] home on Oxford Street in Berkley.

The former guard, classified as a "person of interest" by police, isn't named publicly by authorities or the media because he's not charged with a crime.

Newton says . . . investigators told her they have lifted a portion of the floor as evidence from his home.

"The police told me about there being eyewitnesses that saw them at the house together on Oxford in Berkley. My sister was in the hospital, so she wasn't around, and he has no explanation for his whereabouts that day." 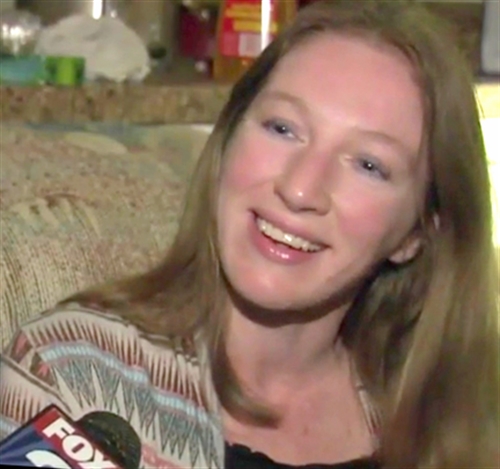 Elizabeth Newton: "The police told me about there being eyewitnesses that saw them at the house together on Oxford in Berkley." (Fox 2 photo)

At WDIV, Karen Drew reports that "neighbors said the security guard hasn't been seen in Berkley since police searched the home" Dec. 22.

No body has been found, creating a challenge for investigators. Drew adds:

Police said they're making progress on the case while they wait for lab results on mounting evidence that has been gathered. . . .

"It's like putting together the pieces of a puzzle, and every day it seems like there's another piece that goes into the puzzle," Farmington Hills police Chief Chuck Nebus said. "We're moving in the right direction of positive developments."

Richard Stislicki said he and his wife recently cleaned out their daughter's Farmington Hills apartment. He said it was a heartbreaking task.

He shared a picture of her bike and books that were in the apartment, saying it was too hard to share other mementos.. . . "My logical mind would be predisposed to think that it was not going to turn out well."