'A Day of Rebirth:' For This Tigers Fan, Today Brings Memories of Time with Dad 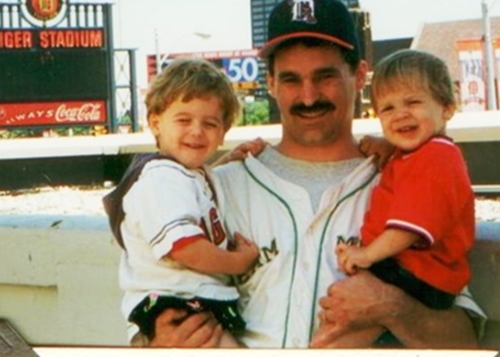 The author is CEO and owner of Skidmore Studio, a branding and marketing agency in downtown Detroit. In this essay for Deadline Detroit, the lifelong Tigers devotee puts the sport into personal perspective across three generations.

There’s a scene in the movie “Field of Dreams” where the audience hears a whispering voice that sounds like James Earl Jones, but might be God. The voice utters three simple words: “Ease his pain.”

It’s a poignant moment.  Who is he and what is his pain? That question is answered later when the main character, played by Kevin Costner, gets to play catch with a younger version of his dad, making amends to a father-son grudge.  I dare any father or son to watch that scene and not see the waterworks flow. 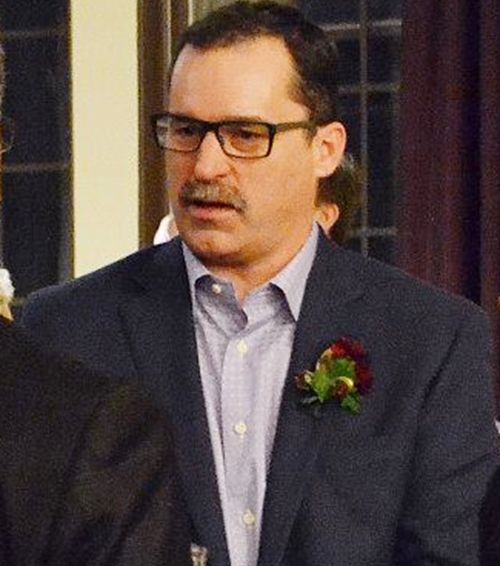 Tim Smith: "Baseball is . . . an escape from the crazy reality we live in from day-to-day. And Opening Day is the apex of that emotion." (Facebook photo)

In deference to Tom Hanks, it is perfectly okay to cry in baseball.

Ease his pain. The game of baseball is like that for me. It eases my pain. It makes everything okay, and Opening Day becomes a day of rebirth.

It’s circled on my calendar soon after the last game in October. I begin pointing to that day sometime in mid-January when I start saying things like “anything is possible.”

It’s the bright spot on those cold and grey winter days. It’s the dream I cling to when one of our clients wants to make “one last change" on a Friday afternoon. It’s me sitting in a sun-baked seat at Joker Marchant stadium in Lakeland, Fla., for a spring training game. It’s early enough that I can still convince myself that this could be the year the Tigers will actually win the World Series again. I even get bold enough to proclaim that this is the year I get that book published I’ve always wanted to write. Maybe, this will be the year I train and run a marathon? Anything is possible.

Many friends mistake my obsession with baseball as an obsession with the game itself. Here’s a secret, I don’t sit home and study the cybermetrics of the players and predict who will have the best WAR numbers at the All-Star break.

I really don’t care much about that. I’m what you would call a baseball romantic. I like the history and the spectacle of the game. I’m a baby boomer punk who played Little League and dreamed of being the next Ron LeFlore. I wanted to play center field for the Tigers, steal second base off Johnny Bench and rob Rod Carew of an extra base hit deep in the alley of the outfield.

Heaven at Michigan and Trumbull

My dad used to take me to Tiger Stadium in the mid-1970s when the team was not very competitive. But when we would walk out of the tunnel under the stadium and the sunshine would hit my face at the exact moment the smells of fresh-cut grass, stale beer and grilled hotdogs would slam into my nostrils --  that was heaven!  Every time.

I was not concerned with win-loss records or ERAs. Just the experience. It was a time I could connect with my dad. We could talk on the same level. He was always happy at the ballgame.

At home, you never knew if you’d get the happy dad or the grumpy dad.  But at the baseball game you always got the happy dad. So, baseball was the treat of the summer when we’d get to make the trek to Michigan and Trumbull.  He’d show me where he worked at Michigan Bell. We’d make a pit stop after the game at Lafayette Coney Island. (This was before they had French fries.) And, he’d let give my own order to Nemo. 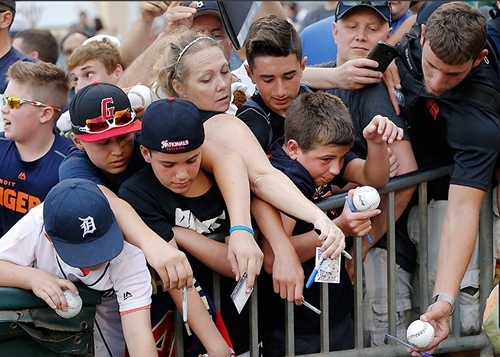 A new generation of fans at  spring training game, shown in a photo tweeted April1 by the team.

Proudly and confidently, I would declare: “Two on one with everything, heavy chili!”

I would practice that line in my head for hours at home. I wanted to be sure my dad would smile with pride when I said it to the scruffy guy in the white apron smeared with chili stains. If I said it right, I was a happy guy. I didn’t always say it right, but my dad always grinned at the attempt.

A sanctuary of escape

Baseball is like that for me. It’s an escape from the crazy reality we live in from day-to-day. And Opening Day is the apex of that emotion.

My dad would usually take me to three or four games a year when I was young, but we never got to Opening Day. Most outings were in the high heat of summer in the bleacher section of Tiger Stadium. For me, that was the best place to see the game.

Out there, vendors would smear mustard on your ballpark frank with a wooden stick. The vendor would pull the dog out of the steamy, mysteriously grey water right in front of you. He’d slap that dog on a bun after he pulled the bread apart with his fork and wrap the whole mess in a wax paper sleeve.

As the game would wear on, beach balls would begin to fly around those wooden benches and the blaring sun would beat down on you.  It was hot and uncomfortable and awesome.

Very rarely, dad would get tickets in the infield box seats. I’m not sure how he got them, because I’m sure we couldn’t afford them – but he scored them from somewhere. On those nights, we were usually with the fans who did not look much like us. There were no beach balls or hot sun. I felt a bit out of place, but we were way closer to the players so I didn’t mind much. 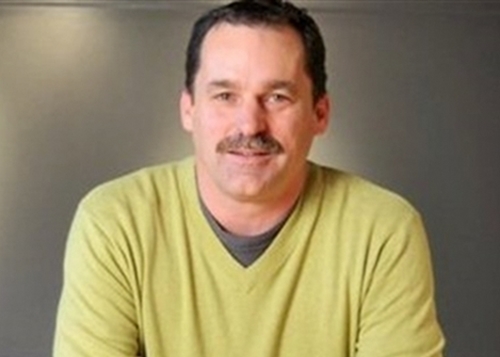 "It was hot and uncomfortable and awesome" in the bleachers at Tiger Stadium." (Facebook photo)

We got to sit in our individual seat with a number instead of a wooden bench. And I could hear the snap of the ball hitting the catcher’s mitt, and the umpire calling the balls and strikes.

Both the sounds and the smells were way different from these seats. But it was still the magic of a baseball game. It’s where I learned to keep score, and the details of the game.

My dad and I would talk about why the pitcher was going to intentionally walk the next hitter or why this was a perfect hit-and-run situation. It’s where I learned about the strategy of the game and why bunting was way cooler than it was in Little League. It’s where my dad started selling me on playing catcher on my team instead of center field.

It’s where he started calling me “twinkle toes” even though I told him how much I hated it.  He seemed to love that I hated the nickname, which I never understood.

This is about how baseball creates bonds with fathers and sons that are unique and magical.

I have two sons now. They are both grown. One is two years out of college, the other is graduating from college this spring. I have pictures of them in my arms at Tiger Stadium. And photos of them after the game at Comerica Park when Magglio Ordonez sent us into the World Series with a walk-off homerun. (Yes, that’s the one that hit me in the forehead.) I have photos of my boys on the infield grass with Ernie Harwell and leaning over the first base line trying to grab a foul ball. 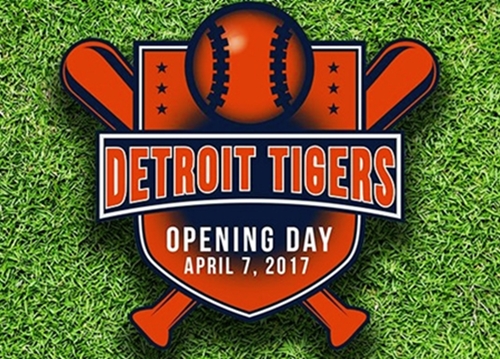 I only have memories of my dad at the game.

It is for these reasons and more, that the fun, fearless and wacky Skidmorvians at Skidmore Studio get to take the day off on Opening Day. We celebrate for our own little holiday, and I quietly say a little thanks to my dad.  It is, after all, the national pastime and we should recognize it as such. We all need to get outside and reconnect with all the little things that make Detroit great. And hopefully to reconnect with someone you love.

So, grab a box of Cracker Jack and a brown paper bag of roasted peanuts be a Tiger Fans for the day. Celebrate Opening Day and all the possibilities it brings. I’ll be thinking of my dad and my two boys and thinking about fathers and sons.

Because it’s baseball, my dad and my sons that ease my pain. And today, you can even call me Twinkle Toes.