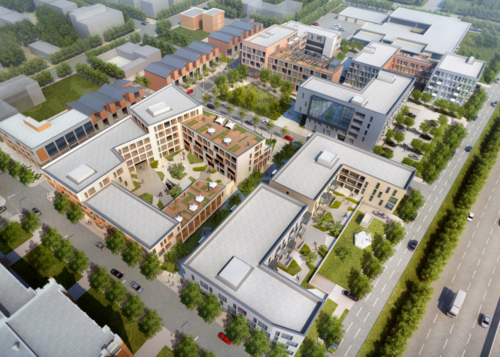 More Midtown development is on the way.

A $77-million project will have 335 residential units, 8,000 square feet for stores and an acre of public open space, Mayor Mike Duggan announces. 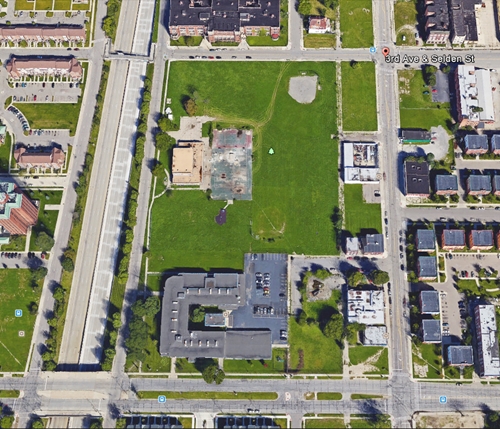 The closed city recreation building is at left-center, next to the Lodge. MLK Boulevard is at bottom and Third Avenue is at right. (Google Earth photo)

The site, seven empty acres where the closed Wigle Recreation Center stands, is between the Lodge Service Drive and Third Avenue, bounded by Martin Luther King Boulevard on the south and Selden Street on  the north,

PDH Development Group, a partnership between Detroit-based developer Roderick Hardamon and New York developer Mario Procida, plan to break ground by fall 2018 on a project called Midtown West,  the city says in its announcement. PDH is buying the land from the  city for $1.8 million.

Of the residences, 175 will be apartments and 160 will be sold as condos. Thirty-five of the apartments will be affordable housing for residents making a maximum of 80 percent of the area’s median income.

“Demand for living in Detroit continues to grow and the Midtown West development will help us to meet the demand while putting seven acres of vacant city owned land back on the tax rolls,” Duggan says Thursday. “As with any residential project that receives city support, the developers have agreed to reserving 20 percent of the rental units for low-income residents.” 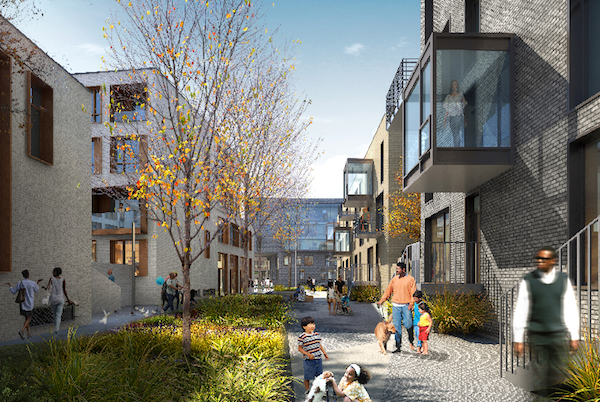