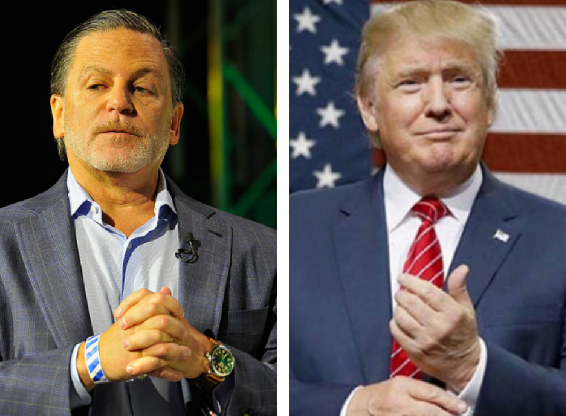 WASHINGTON -- Billionaires and their companies often donate to politicians. Why?

The most obvious answer is for influence and access. It's the American way. Has been for a long time. Companies often have regulatory issues before Congress and they want things to go their way.

So, you might ask what does Dan Gilbert's Quicken Loans gain by donating $750,000 to President Donald Trump's inauguration? Access? Justice? The joy of seeing Trump happy?

I've written the company twice to ask that question and gotten no response. On Monday, I also called Aaron Emerson, vice president of communications, but his cell phone voice mail is full.

All, obviously have an interest in policy issues inside the Beltway.

The most obvious guess is that Gilbert wants the White House to know of his generosity while the Justice Department pursues its case against Quicken Loans in federal court.

Under President Obama, the department in April 2015 alleged in a civil lawsuit that the Detroit-based mortgage giant ignored red flags on bad home loans that cost the government millions of dollars. Quicken refuses to settle, insisting it has done nothing wrong.

In March, a federal judge in Detroit denied Quicken's request to dismiss the case, setting the stage for a high-stakes trial if a settlement can't be reached.

Gilbert would like nothing more than to make it go away. Such allegations make for bad public relations.

It would be unfair not to recognize Gilbert's contributions to Detroit. He's done some amazing things and is likely continue to do so. He's a visionary when it comes to business.

Still, it wouldn't be right to ignore his $750,000 contribution to Trump's inauguration when he's got this big battle brewing with Trump's Justice Department.

It doesn't look or feel right, even if other corporations routinely do the same.

At minimum, for the sake of justice, we shouldn't ignore it.

It wouldn't look or feel right if we did.