Tony Paul, a Detroit News sportswriter for 11 years, reflects in Sports Illustrated on coming out as gay two years ago this week and on "living in a game-changing time."

"I don't feel like I should be just sitting on the sidelines, just because my 'job' is to write about sports, which are so frivolous anyway," the local journalist says. 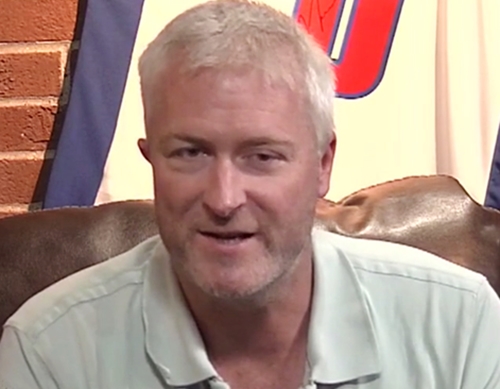 The 2002 Michigan State graduate is among seven participants in a freewheeling discussion posted Sunday by writer-editor Richard Deitsch, a 20-year veteran of the magazine. "I’d wanted for some time to do a roundtable with openly gay sports media members," he explains, "and this seemed like an appropriate week to do it given the interest in the [Ryan] O’Callaghan story. It’s also Pride month."

Paul describes coming out publicly on "Sports Cave," a program hosted by "my buddy Brad Galli" on WXYZ:

"The reaction to the video was overwhelmingly positive. I was getting texts, tweets and Facebook messages before I even walked to the parking lot of the station, 99.9 percent of them positive." [The four-minute video is here.] 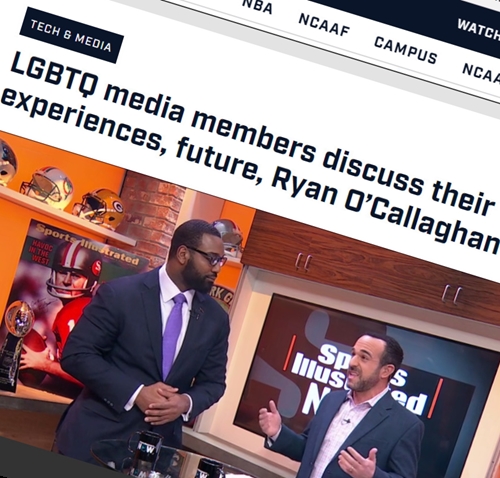 Here are excerpts of other comments by the Detroiter:

► Timing of going public: "I had a coming-out column written several months earlier that I spent a lot of time on and worked on with some supportive editors, but in the end, the timing just wasn't right for me. It felt cheap, like it was just for attention. I think I speak for all of us when I say that's absolutely the last thing I wanted, to seem like I was doing it just for attention. So we shelved it until the time was right."

► Reader reactions: "I'm not really sure if they care, nor do I particularly care if they care. I don't say that to be flippant. It's just that I came out because it was the right time, plus I already was out to all my family, friends and coworkers.
"Coming out to the public just seemed like the next step, and a somewhat important one, given the nature of the sports journalism business. There simply aren't many out sportswriters or sports broadcasters. And now there's one more. Maybe there was a college kid who saw my speech, and now thinks it's OK to pursue the field when maybe he didn't before. Or maybe it affected nobody on that level. I don't really know. . . .
"One of the most interesting phone calls I got was from Bill Schuette, our Republican attorney general who fought against gay marriage. He called me after the show and commended me. That one, I wasn't expecting."

► Role modeling: "We have out professionals in all walks of life -- from Apple, to television and movies, to music, to even the Catholic church. All of these men and women are role models, proving you can do whatever you want in life, and being gay should absolutely never be an obstacle. A big-name active athlete coming out would have a significant impact, as well."

► Baseball writers' support: "The most overwhelming reaction — and the most positive — came from my peers in the media, especially the people I work with on a regular basis at Comerica Park.
"Even the guys I know to be Republicans came up to me that [2015] day — I went from the studio to the park — and expressed some really kind words, one man in particular, a man who's long been a mentor to me. That meant so much, and turned me from a nervous wreck to a man confident and happy with the decision I made to go public." 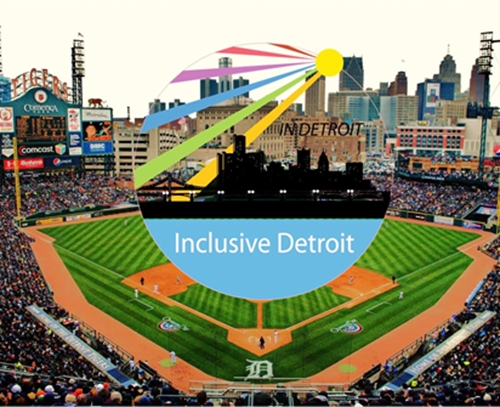 "The Tigers have been annoyed, at times, with me for my continued push for an official Pride Night." (Photo from Detroit Regional LGBT Chamber of Commerce)

► Tigers' responses: "I certainly don't believe I've lost an ounce of respect over my coming out. . . . I haven't gotten the feeling they [players or team executives] care at all. At least, nobody's expressed it to me that they do."

► Comerica Park Pride Night: "The Tigers have been annoyed, at times, with me for my continued push for an official Pride Night. Metro Detroit has a large gay population, and much of that population is big into sports — and no team here has more gay fans than the Tigers. I just wish they would recognize that.
"Instead, Pride Night is unofficial, sponsored by the LGBT Chamber of Commerce, which essentially just buys group tickets for the annual night at the ballpark. There's practically no acknowledgement by the Tigers, which is disappointing. The Red Wings held an LGBT night this year, which was cool. Interestingly, the Tigers and Red Wings are owned by the same family."

► Social media impact: "I get far more attacks for my sports and Tigers takes than I do for being gay. There are plenty of Twitter followers who don't like when I get political, but I just don't think the 'stick-to-sports' mentality exists anymore.
"We're living in a game-changing time right now, where many folks' personal liberties are under attack. I don't feel like I should be just sitting on the sidelines, just because my "job" is to write about sports, which are so frivolous anyway.
"I've definitely gained a lot of followers because of the coming-out, including many gay sports fans. I know there are thousands of them in Detroit, and they appreciated what I did. If I lost any followers, it was too small a number to even notice. I lose way more for saying Brad Ausmus should keep his job."

► National political climate: "This gay rights movement came a long way in lightning speed under the previous administration. . . . Now, while we have a president who has said gay marriage is 'settled' because [the Supreme Court] ruled, it's hard to take the man at his word. Also, health care was settled during the previous administration, and look at what's happening on that front.
"We also have a vice president who allegedly supported conversion therapy and definitely supported legislation in Indiana that would've made it legal for some mom-and-pop pizza shop to deny service to not just gays, but anyone they suspected to be gay. . . . Maybe I should feel threatened."

More from Tony Paul, along with observations by four other men and two women, are at the SI link below.