The museum he took over nearly two years ago on Friday opened "D-Cyphered," a six-month exhibition of 81 hip-hop culture photographs shot locally from 2015-17 by Jenny Risher of Detroit, a 1997 College for Creative Studies graduate. The exhibition name comes from "cypher battles," as rap showdowns are called.

Tie-in events this weekend include a rap battle, films, a discussion and family activities (details below). 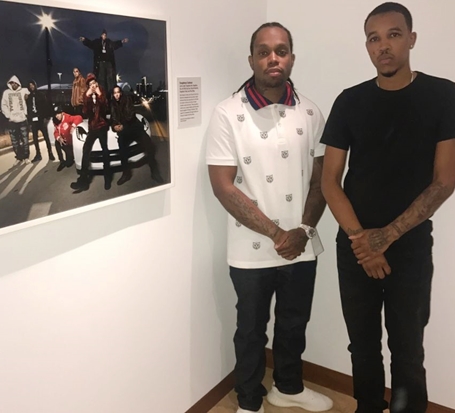 Bringing street music into the hallowed halls upholds a goal Salort-Pons voiced a month after his promotion from head of European art and collection strategies. "The new director of the Detroit Institute of Arts envisions a more prominent role for contemporary art at the museum [and] wants to transform the DIA into a more diverse institution," begins an October 2015 article by Detroit Free Press arts writer Mark Stryker.

Social media reactions to the new show, previewed Thursday night by some of those on the gallery walls and by $25 ticket-buyers, reflect the cultural crossover.

"Tee Grizzley and Kash Doll on the walls of the DIA!?" marketing agency senior partner Eric Thomas posts on Facebook after the event. "It's amazing."

Lynzee Mychael of Southfield, who wrote about the new director last March for BLAC Detroit magazine, sees the show as welcome outreach.

"That's a great exhibit," her Facebook comment says. "DIA is doing a great job at trying to bring in the diverse crowd. They are reaching out to urban artists, younger visitors and allowing Detroit into the DIA. I love the vision. Sal in there, doing his thang!"  Separately, she says of Salort-Pons: "He rocks with the culture. Respect."

Johnny L. Ricks, a master's degree student at Wayne State University, posts: "Doughboyz Cashout have an exhibit in the Detroit Institute of Arts. Now THAT is impressive."

The same group's photo also gets a Twitter shout:

Dog Doughboyz in the Detroit Institute of Arts. Tell me Detroit ain't the greatest city ever. pic.twitter.com/qhpLMkqM0m

The DIA describes its new exhibit, on view through Feb. 18, as "a photographic timeline that makes up the story of the Detroit hip-hop scene." Nancy Barr, curator of photography, adds:

Detroit’s hip-hop history is deeply shaped by the various elements of Motown and Detroit techno. Since the emergence of Eminem and his movie 8 Mile, and the recognition of the genius of the late J. Dilla, Detroit has seen a deep underground scene emerge and gain national recognition.

Through this exhibition, the rich history that makes Detroit hip-hop a one-of-a kind genre will be explored. . . . Detroit native and photographer Jenny Risher collaborated with musical artists, producers and DJ’s to create a portrait series telling the influences and legacy of Detroit’s legendary hip-hop scene. 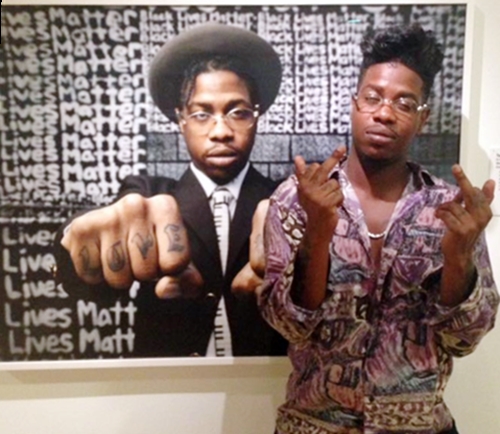 Tashif Turner, who performs as Sheefy McFly, also poses at the preview and posts this on Facebook.

Admission is free for museum visitors. Anyone living in Wayne, Oakland or Macomb counties can enter the DIA without charge.

These events this weekend are related to "D-Cyphered:"