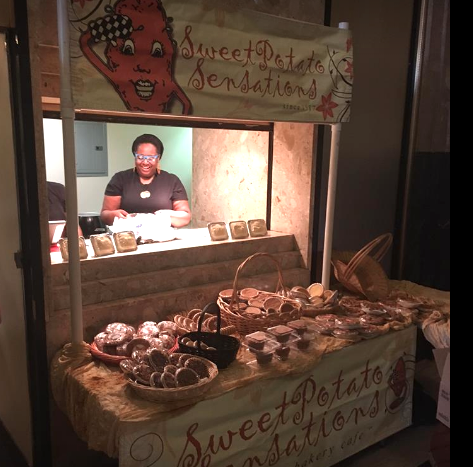 Sweet Potato Sensations was a pop-up this week.

The Fisher Building on West Grand Boulevard was looking worn in recent years. Many restaurants had come and gone over time.

Owners who bought the landmark in 2015, have been doing some serious renovations while trying to enliven its appeal as a dining destination.

Additionally, two new restaurants are in the works, though no details are yet available, Perkins writes. City Bakery, based in New York, also plans a Fisher branch.

The building is the home of the Fisher Theatre.