New Blaxploitation? Rap Musical Brings 'Thugs' and Their Women to the Fox

A national touring cast of rappers, R&B singers and three reality show stars come to Detroit this month with a stage musical that's not the Broadway kind.

"The show contains violence, harsh language and adult content," advises Olympia Entertainment, which presents "Thugs and the Women Who Love 'Em" at the Fox Theatre on Oct. 21-22. "Patrons under the age of 18 are not encouraged to attend."

It's a "drama about women who can’t seem to pick loyal or law-abiding lovers . . . featuring a star-studded cast of musicians and reality TV stars, including Boosie Badazz, Ray J, K. Michelle, Amina Buddafly, and Lyfe Jennings," says freelance writer Ruth Gebreyesus , who did a review for KQED, the public TV station in San Francisco. She caught the tour's start Tuesday in Oakland, Calif. 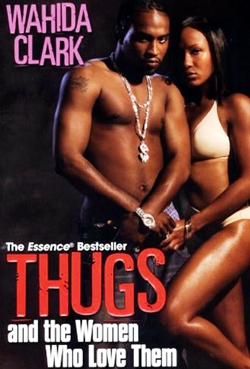 The touring stage show is adapted from this paperback, part of a seven-book series.

Ray J, K. Michelle and Buddafly are on "Love & Hip Hop," a VH1 series and spin-offs.

Posters and ads for the "theatrical experience" have this promotional tagline: "Bringing the hood to the stage." That phrase, the storyline and the title bring to mind a word -- blaxploitation -- applied to early 1970s feature films with urban settings and themes. "Some held that the blaxploitation trend was a token of black empowerment," says a Wikipedia entry. "But others accused the movies of perpetuating common white stereotypes about black people."

This seems an apt spot to acknowledge that our post reaches across a culture gap. We're not the target audience for "Thugs and the Women Who Love 'Em," and we know there's no "wrong" entertainment -- just different types.

The show is based on a 2004 book of the same name by Wahida Clark, who has a series of seven "Thugs" paperbacks. The two-month, 11-city tour includes Atlanta, Chicago, Baltimore and Philadelphia.

KQED's reviewer says the "novel is about three women who attempt to detangle themselves from manipulative and violent partners." The TV critic adds:

Producer Melvin Childs explained that he chose to adapt Clark’s novel to the stage because he felt it would resonate with younger African-American audiences who don’t typically go to the theater.

"My biggest thing is I've seen the products that have been put on for us and they haven't evolved. As far as black folks are concerned, we got gospel plays."

That last claim overlooks "The Wiz" and "The Color Purple," Broadway hits that snagged Tony Awards.

These are among Gebreyesus' reactions to what she saw in Oakland:

"Thugs and the Women Who Love 'Em" is sometimes more reminiscent of a reality TV drama than a cogent storyline extracted from Clark’s novel. Although its plot is somewhat lacking, the play's most original element is its stars' brief but masterful musical performances. . . .

At a time when complex and authentic portrayals of black womanhood are flourishing in HBO's "Insecure" and box-office hits like "Girls Trip", Childs and the rest of the production could have taken the time to flesh out their central characters further. But instead, the women in "Thugs and the Women Who Love 'Em" came off as one-dimensional and were often rushed off stage for the next scene. . . .

The second act didn’t do much to advance the story, and the dialogue devolved into serving mostly as a break between the show's standout musical moments. . . . If Childs is hoping that theater will be the next stage where audiences can be mesmerized by exaggerated proxies for interpersonal relationships, his production will need to strengthen its narrative. 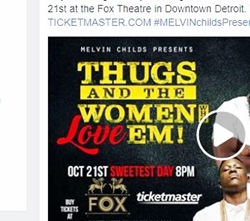 Frankly, a show with "violence, harsh language and adult content" isn't our idea of a romantic date night. That may show the culture gap mentioned earlier, or may reflect a ticket-selling stretch by Olympia.

► Available at: Olympia Entertainment, Fox Theatre and Little Caesars Arena box offices (no service charge), Ticketmaster and by phone at (800) 745-3000. 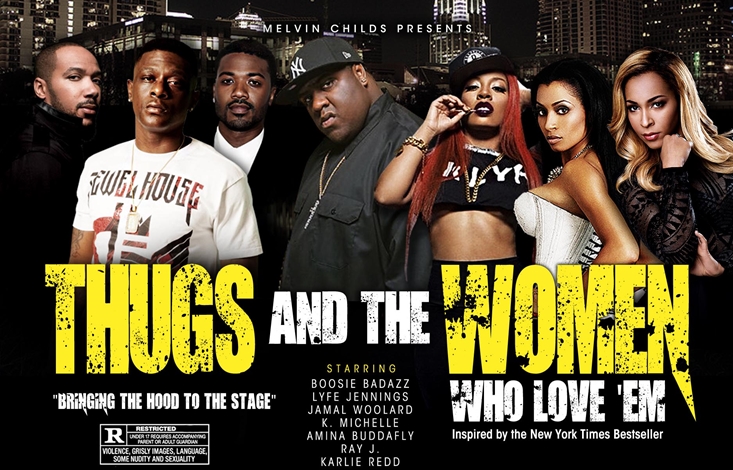