Charlie LeDuff: In Detroit They're Getting Away with Murder 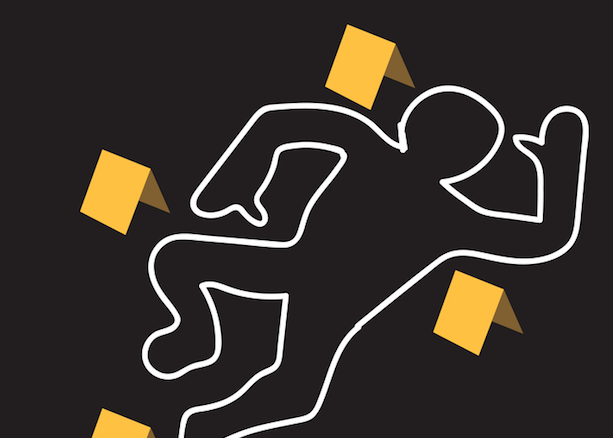 Charlie LeDuff is a former reporter for Fox 2, the New York Times and Detroit News. He is the author of the 2014 book,"Detroit: An American Autopsy." His latest book, "SH*TSHOW," comes out in May. This is his second Deadline Detroit article.

Two bystanders were blasted on the downtown streets late Saturday. The only thing saving them from becoming the latest homicide statistics was the gunman's aim.

There have been no arrests, and that seems to be the new pattern in the new Detroit.

Police Chief James E. Craig did not make his usual television appearance. Word has it he was out of town attending the annual International Association of Chiefs of Police conference in Philadelphia. His security entourage tailed along, apparently to protect our chief of police from the other chiefs of police.

This on the taxpayers' dime.

In the meantime, a battalion of murderers roam the streets of the city, a fact the public does not know, due to the 'good times' narrative ginned-up from City Hall.

The true numbers are truly horrible. Of 291 incidents of murder last year (304 victims in all), only 51 arrests were made.

That is a clearance rate of 18 percent -- about one-quarter of the national average -- and one of the lowest on record. Even in the bad old days of Mayor Kwame Kilpatrick, the clearance rate was 28 percent.

That means at least 240 murderers got away with it in 2016, alone. And, remember, these are the numbers reported voluntarily by the DPD to the state, which sends them on to the FBI. 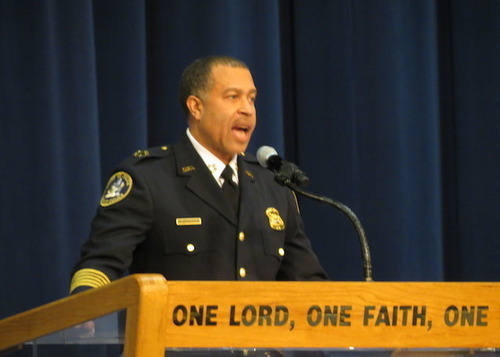 Yet Craig tells the public that the clearance rate was 60 percent.

A cleared or closed murder case, by federal guidelines, means an arrest and an arraignment. The chief seems to think it's enough to identify a suspect.

As a consequence, Detroit is the most violent city in America.

Craig vigorously refuted earlier this month the FBI's statistics -- provided by his own department -- in front of the TV cameras with the ironic backdrop of a live barricaded gunman.

Now, as if to return the favor, the FBI has rejected the latest round of crime statistics from Detroit for its 2017 semiannual crime report.

This may be the first rejection ever of a big city's statistics since the FBI began tabulating violent crime way back in the days of the Purple Gang.

"I don't think I've ever heard of that," said John Eterno, a noted criminologist and former captain of the NYPD. "I'm surprised because the numbers are voluntary and the numbers nationwide are already so notorious. Detroit, it seems, has a real, real issue."

He promised the half-baked numbers would be thing of the past with a new $9 million software system installed last year.
Even so, the FBI has rejected those numbers too, saying the number of rapes and serious assaults have fallen too far to be statistically believable.

"Of the numbers so far reported, the FBI says they are too far off the norm," confirmed Detroit Deputy Police Chief David LeValley. "We disagree. By the end of the year, the numbers are going to be perfect."

Let's hope so. Because when the police tell you that you're safe -- and you're really not -- you become blindly unaware.

You become a target, an innocent bystander, a victim. Downtown or the outskirts of town. And how do you fix crime when you lie about it?

The FBI's deadline for acceptable crime numbers was Sept. 11. The Detroit Police Department could provide none.That didn't stop Mayor Duggan at a memorial event that very morning. (Click on link at left and go to 24:48 of the video)

Is there no shame?