Update: The Downside of a Popular Starbucks: Cars Block Traffic on Woodward 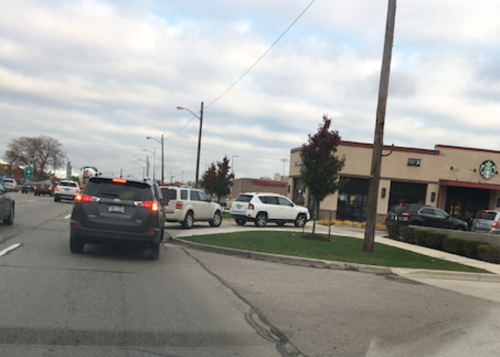 Update, 10 a.m. Tuesday: Royal Oak Police Lt. Keith Spencer says said his forcer gets complaints about this Woodward Avenue traffic issue from time to time and officers have talked to Starbucks about the issue. He said it usually happens during rush hour and "clears up relatively quickly."

No one disputes the popularity of Starbucks and its ability to draw coffee-craving customers, particularly in the morning.

But the popularity of the Starbucks at 30734 Woodward Ave., just south of 13 Mile Road in Royal Oak, creates traffic problems. 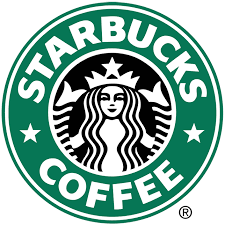 On Monday, for example, shortly after 8 a.m., cars were lined up for the drive-thru window and the line spilled over into Woodward Avenue, blocking northbound traffic in the right lane.

An assistant manager at the store on Monday referred calls to the district manager, who did not a return a call to Deadline Detroit for comment.

"I've driven by there in the morning, and you're in the right hand lane and there's a traffic jam," says Rose Fenster of Huntington Woods. "It's ridiculous."

Fenster, an occasional customer there, says she often just parks on a side street and goes inside because the parking lot is so jammed.

As serious world problems go, this doesn't make the list. Nonetheless, it's an annoyance for morning commuters and Saturday shoppers.